President Putin has issued a decree for the partial mobilisation of Russian reserve forces in response to a successful Ukrainian counter-offensive which has seen Kyiv reclaim thousands of kilometres of occupied territory. The Kremlin has asserted 300,000 additional troops will be sent to the frontline, drawn from a pool of Russians with previous military experience who are already well-trained for combat. However, Major General Rupert Jones of the British Armed Forces has warned Moscow does not have the equipment, nor the military leadership infrastructure, to properly prepare the additional soldiers for the war in Ukraine. He described the Kremlin’s mobilisation decree as an “ill-conceived” plot that would only provide “cannon fodder” for the invading forces.

Speaking to Times Radio, Major General Jones said: “They are reservists, they have got some military training, but you cannot throw them into a fight like Ukraine and expect them to survive without some additional training.

“They [Russia] don’t have the wherewithal to train numbers at that scale.

“They don’t have the leaders, the officers, with the experience to come back out of the line to train them.”

He added his concerns over Moscow’s lack of military equipment: “We have heard they have got to be equipped and we know the Russian’s don’t have the equipment.” 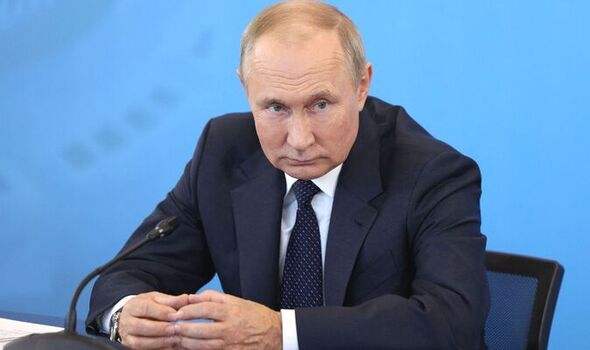 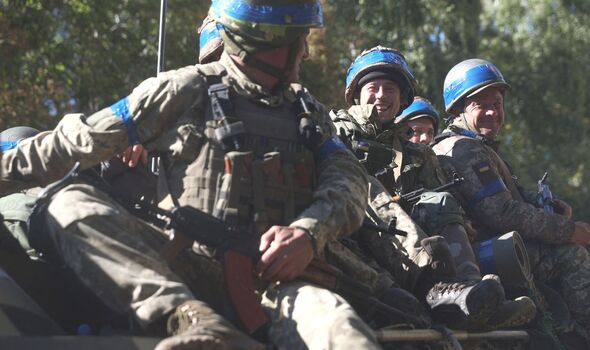 The retired senior British Army officer described the mobilised reservists as prospective “cannon fodder” for the war in Ukraine.

“They will get short shrifts from the Ukrainians. All of this is telling us the Ukrainians have a continuing window to keep the pressure on the Russians.” 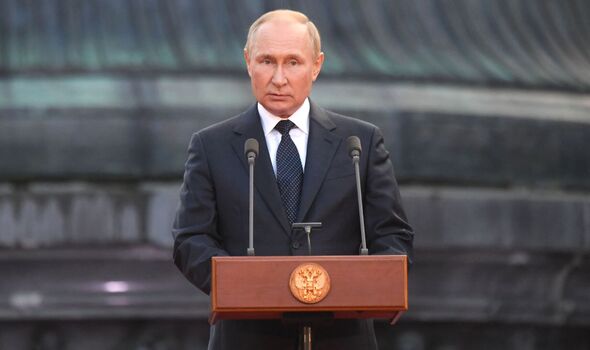 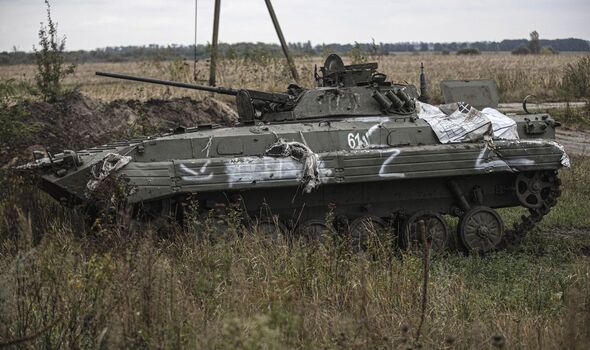 Intelligence repzrts from within Ukraine have assessed the Russian armed forces to be both severely under-manned and ill-equipped within the conflict.

The European Council on Foreign Relations reported Russia had lost a “colossal” amount of equipment in the war, largely due to poor logistical decisions and a misguided focus on capturing cities that, in reality, held little strategic importance.

Oryx, an open-source defence analyst, has confirmed the loss of over 6,000 pieces of Russian military equipment, including tanks, armoured personnel vehicles and long-range missile systems. The real number is likely to be far higher as Oryx only includes losses that can be verified through reliable photo or video evidence.

Further intelligence has detailed a continued failing of Kremlin military leadership throughout the war, resulting in Russian forces being poorly coordinated and frequently struggling with low morale.

Don’t miss:
Russian soldiers ridiculed by Ukraine for mess left behind in Izyum [INSIGHT]
Should UK mobilise to protect against the threat of nuclear war? VOTE [POLL]
Ukraine: Lavrov storms out of UN Council as Cleverly slams Russia [REPORT] 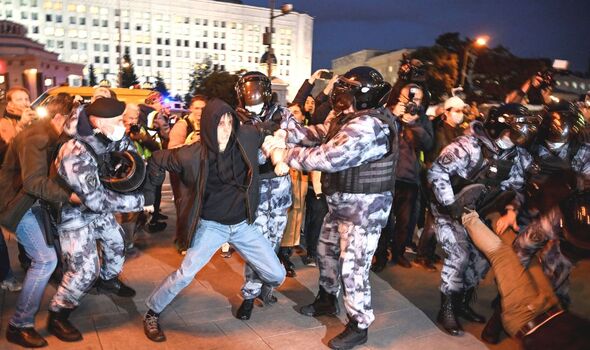 The UK Ministry of Defence has warned the mobilisation decree is likely to be “highly unpopular” among the Russian population.

A report declared: “The move is effectively an admission that Russia has exhausted its supply of willing volunteers to fight in Ukraine.”

Following Vladimir Putin’s announcement, many flight routes out of Russia sold out, with thousands of civilians also flooding roads with traffic as the population fled to the few land borders that remain accessible.

Protests have erupted across key cities in Russia as the population took to the streets to oppose the mobilisation order, prompting clashes with Kremlin police forces which resulted in over 1,000 arrests.

The partial mobilisation is a pivotal moment in the conflict as Kremlin sources, including President Putin himself, had repeatedly denied that any large-scale mobilisation of additional forces would take place.