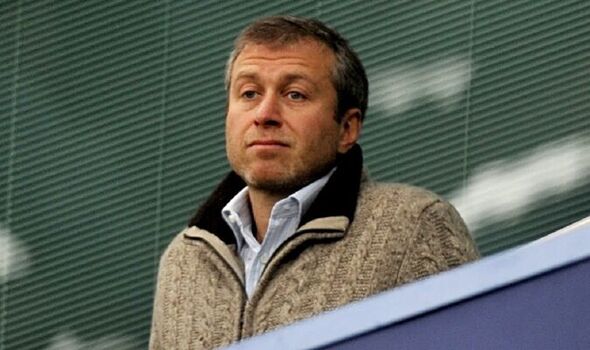 Experts say he was given Chloropicrin, or possibly a low dosage of Novichok. Investigative journalist Christo Grozev consulted specialists to discover what had happened in Kyiv early this month. Russian oligarch Mr Abramovich, 55, and other peace negotiators suffered debilitating symptoms including temporary blindness and skin inflammation during a peace summit in the Ukraine capital.

The Chelsea FC owner, brought into the talks as an unofficial channel to Putin, required hospital treatment in Istanbul after flying from the talks.

It has emerged that Mr Abramovich felt so unwell that he asked the scientist examining him: “Are we dying?”

One theory for the alleged poisoning is that hardliners close to Putin wanted to disrupt peace moves.

He said: “All the experts who communicated with them, studied photographs and carried out personal examinations. [They] all said this was not a coincidence, not food poisoning, not an allergy”. He said: “They suggested this [Chloropicrin] and other war agents. They agreed on one of them and disagreed on the others.

“They also all agreed that the only way to detect the agent was to bring these people to a laboratory.” He was asked: “Which agent did they all agree on?” Grozev replied: “Chloropicrin – this is the agent giving nearly all of the detected symptoms.

“Other suggestions even included a low dosage of Novichok, which could have led to these symptoms according to one really knowledgeable expert.”

Novichok was used in the 2018 poisoning of Russian double agent Sergei Skripal at his home in Salisbury. His daughter Yulia was also poisoned.

The attack was seen as being by the GRU – Russian military intelligence.

Grozev said that it had not been possible to carry out sufficiently deep tests on the cause of the poisoning, because the victims were travelling a lot in pursuit of peace. He said: “It was very hard to find a day when the victims could get to a European capital with a high-quality laboratory. Sadly, it will remain a big mystery.”