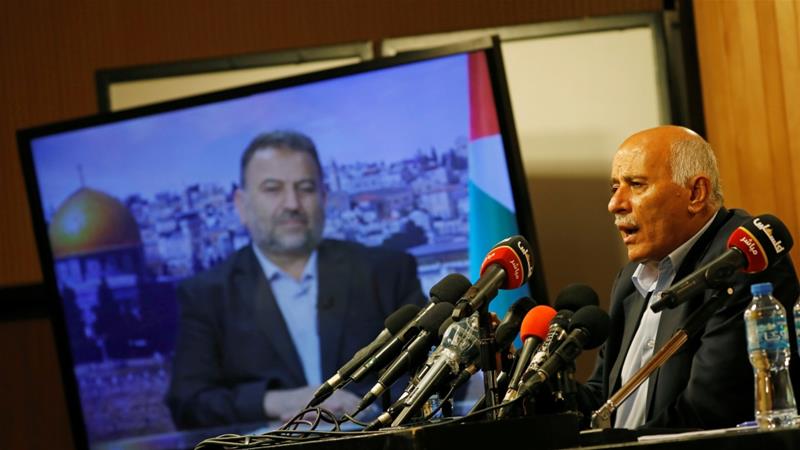 Rival Palestinian groups Fatah and Hamas have said they will work together to fight against Israel’s planned annexation of large parts of the occupied West Bank.

In a rare joint news conference on Thursday, officials from the two groups said there was a national consensus against Israel’s controversial plan which has also been widely criticised by much of the international community.

“We will put in place all necessary measures to ensure national unity” in the efforts against Israel’s plan, senior Fatah official Jibril Rajub said in Ramallah during the news conference, which was also addressed by Hamas official Saleh al-Arouri by video-link from Lebanon’s capital, Beirut.

“Today, we want to speak in a single voice,” Rajub affirmed, reiterating the Palestinian leaders’ call for an independent Palestinian state along the 1967 lines with East Jerusalem as its capital.

The Israeli plan, which aims to annex all illegal Jewish settlements in the occupied West Bank – including the strategic Jordan Valley – amounts to one-third of the territory and is in line with a proposal by US President Donald Trump that envisages a demilitarised Palestinian state on a patchwork of disjointed parts of the Palestinian territories.

For his part, al-Arouri, deputy head of the political office of Hamas, which administers the besieged Gaza Strip, warned of the unprecedented “dangers” that could unfold if Israeli Prime Minister Benjamin Netanyahu went ahead with annexation.

“Annexing any percentage of the West Bank now means that more will follow … If the occupation ends up controlling the Jordan Valley, Jerusalem and other areas then it will have an appetite for more,” al-Arouri said.

The Palestinian officials’ remarks come a day after the planned start date for Israel’s cabinet to start debating the issue. But Israeli officials said the process would take place later this month in coordination with Washington.

UN experts say the annexation of occupied territory is a serious violation of the Charter of the United Nations and the Geneva Conventions. 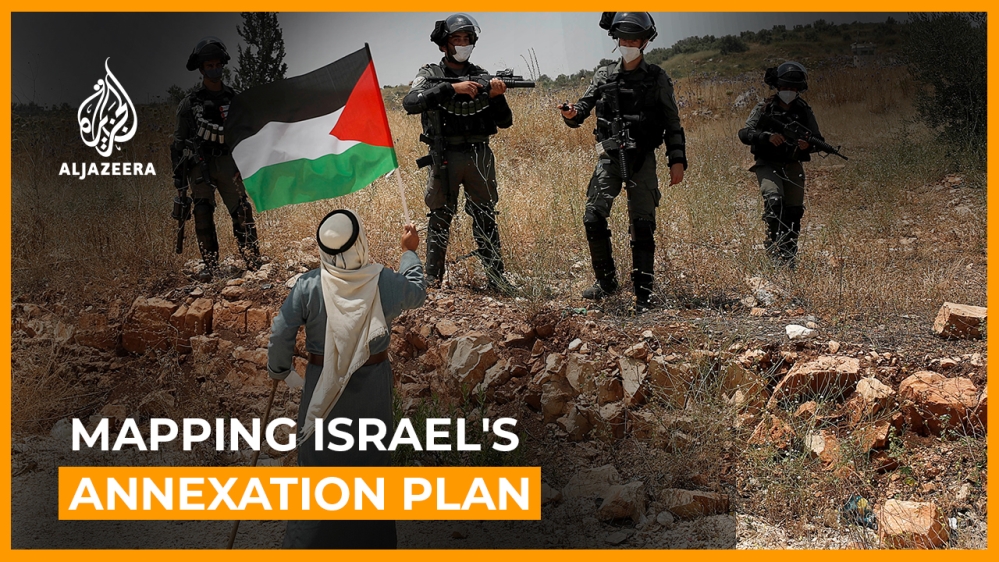 “Annexation is illegal. Period,” Michelle Bachelet, UN high commissioner for human rights, said in a statement on Monday. “Any annexation. Whether it is 30 percent of the West Bank, or 5 percent.”

If Netanyahu’s government goes through with the annexation, significant tracts of private land would likely be illegally expropriated, and even in cases where this does not occur, many Palestinians could lose access to cultivate their own lands, Bachelet warned.

Additionally, Palestinians who find themselves living inside the annexed areas would likely experience greater difficulty accessing essential services like healthcare and education, while humanitarian access could also be blocked.

However, many Palestinians would argue that the annexation is merely a formality for what has already been happening on the ground for years.

Increased settlement construction over the past years, along with Jewish-settler-only roads that connect to Israel, have carved the territory up, resulting in non-contiguous Palestinian cities, towns and villages that now exist in cantons.