Sea Watch says a vessel capsized, three others with more than 150 people in distress in the Mediterranean Sea. 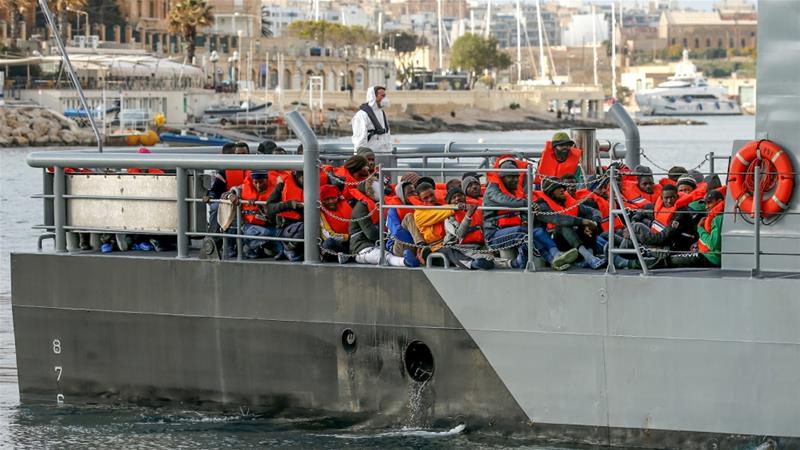 A vessel has capsized while at least three other boats carrying more than 150 migrants and refugees are in distress in the Mediterranean Sea, Germany’s Sea-Watch International said.

The German group said “no state wants to rescue them” after Libya, Italy and Malta shut their borders amid the coronavirus pandemic.

Sea-Watch and Europe’s coastguards were at loggerheads about the fate of the vessels, as well as the fate of up to 85 migrants potentially lost at sea after setting off from the coast of Libya.

Sea-Watch had earlier reported that the little rubber boats, which are often unsuitable for the journeys and overcrowded, were carrying 258 people.

It said it lost contact with one boat carrying 85 people somewhere between the territorial waters of Libya and Malta.

Frontex explained that there was a separate “deflated rubber boat in the Libyan search-and-rescue area”.

Italian authorities “later confirmed that this boat correlated with an old incident, where the migrants were rescued and the rubber boat was left adrift empty”, Frontex said.

Italy’s coastguard said the Libyan coastguard had “left the boat drifting empty, rescuing the migrants who were on board” after carrying out a rescue.

Libya acts as a major gateway for African migrants hoping to reach Europe. Currently, there are close to 700,000 refugees and migrants in the war-torn country.

More than 16,700 people have died crossing the Mediterranean for Europe since 2015, including at least 241 this year.

Italy has long established itself as the primary European port of entry for migrants and refugees. But it shut down its ports and said it would quarantine any undocumented migrants because of the coronavirus pandemic.

Malta has also closed its ports to migrants because of COVID-19, the disease caused by the new coronavirus.

“The allegations … come in the midst of the COVID-19 pandemic crisis, which has exacerbated the long-standing impasse which has governed migration within the European Union since as far back as 2008,” Maltese Foreign Minister Evarist Bartolo wrote.

Before the crisis, rescue ships operated by NGOs regularly patrolled the coast of Libya looking to rescue migrants from flimsy boats.