Russians fleeing Vladimir Putin’s mobilisation order to Ukraine are queuing at the borders of Georgia and Mongolia. Satellite images of the regions show the queues stretch for miles, with men driving away from the draft order visible from space.

Putin announced a “partial” mobilisation on September 21, with Defence Minister Sergei Shoigu later saying 300,000 reservists would be called up.

After the order, protests erupted in Russian cities, and men booked flights out of the country to avoid fighting in Ukraine.

Russia has not closed its borders, and guards generally appeared to be letting people leave.

In new satellite pictures, from Maxar Technologies, long lines of vehicles were seen at a border crossing between Mongolia and Russia.

At the Khyagt border post, cars and vehicles are lining up to exit the country. 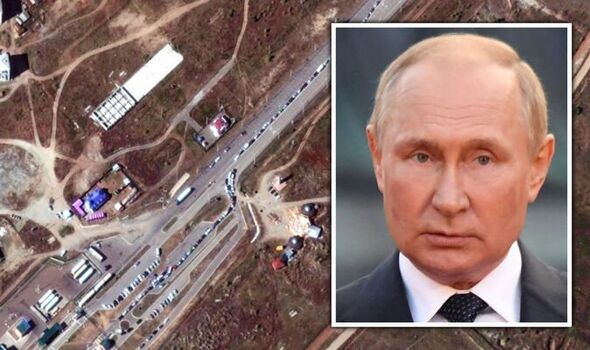 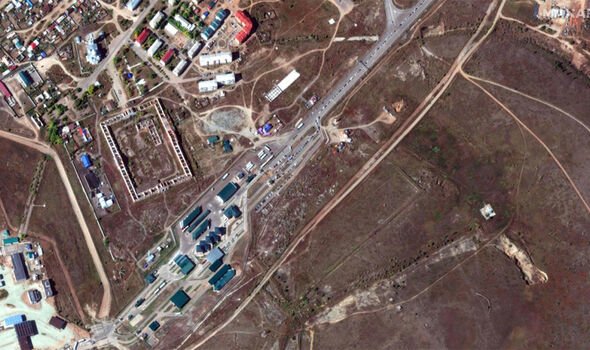 Reports from Georgia said men are also racing towards the border to avoid fighting.

At one point on Sunday, the estimated wait to enter Georgia hit 48 hours, with more than 3,000 vehicles queuing to cross the frontier, Russian state media reported, citing local officials.

The Georgian capital Tbilisi had already seen an influx of around 40,000 Russians since Moscow invaded Ukraine on February 24, according to government statistics.

In addition, Finnish border authorities have reportedly said that around 17,000 Russians have crossed the border since the mobilisation order. 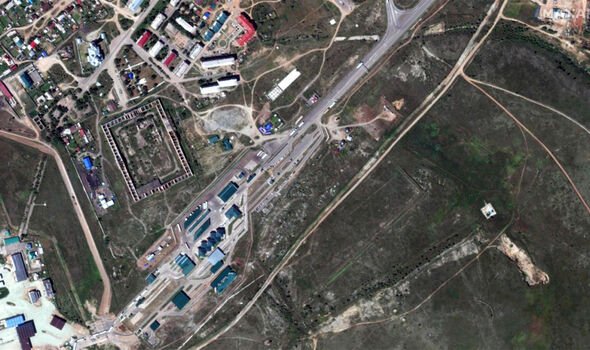 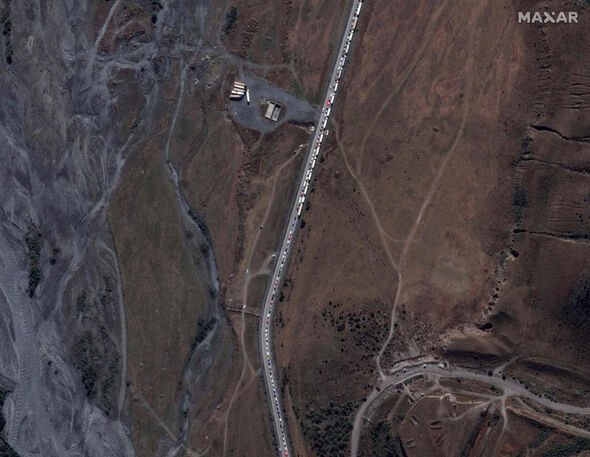 Reports in Eastern European and Russian media held the Kremlin has decided to close all its borders as soon as Tuesday or Wednesday, formally for security reasons.

It comes as flights out of Russia have spiked in price as thousands are trying to escape the mobilisation order.

According to City AM, ticket prices for a direct flight to most foreign destinations have shot up to a staggering €12,000 for a single ticket, based on the most recent data from Google Flights.

On Tuesday morning, a one-way ticket to the Armenian capital of Yerevan from Moscow was offered for just over £11,000. 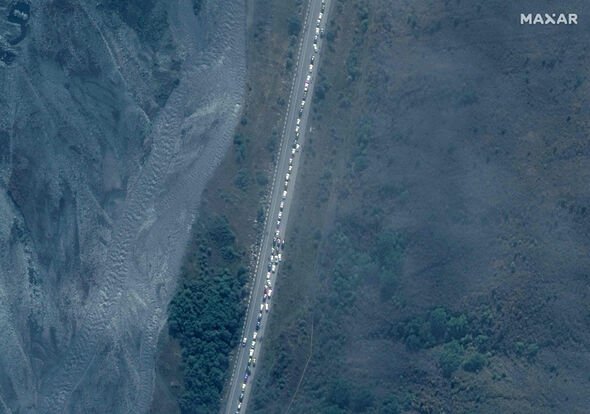 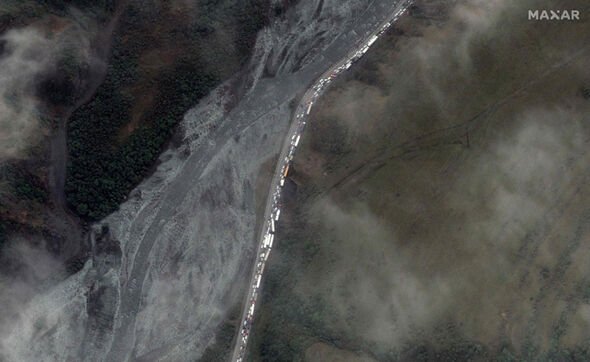 Putin warned Russia would use “all the means at our disposal” to protect itself as he announced the “partial” mobilisation of 300,000 Russians.

However, reports suggested that up to one million people could be called up, and activists pointed to a number of cases of men in their 50s receiving draft notices despite Putin insisting Russia would be seeking men who had recently served in the army and had combat experience.

In one day, she told the Guardian she and her colleagues had received and identified more than 3,000 reports of povestka, or draft papers, being delivered in Buryatia. 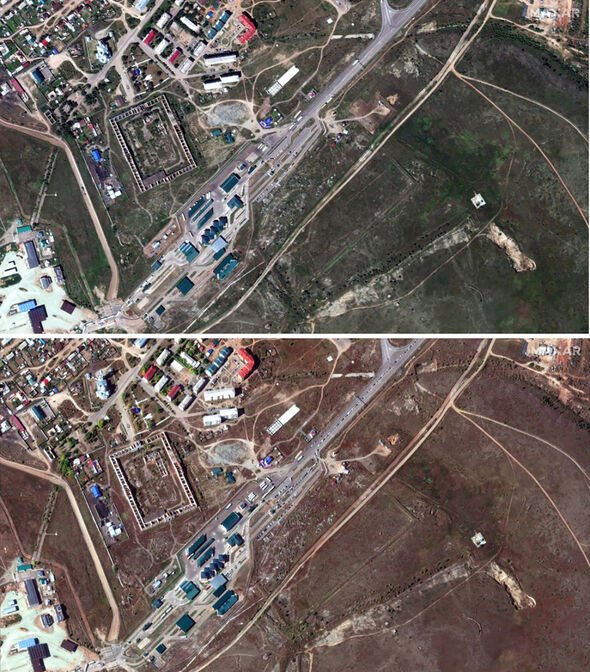 Meanwhile, the Kremlin admitted mistakes were made in its mobilisation drive.

At a briefing on Monday, Putin’s spokesman Dmitry Peskov said “there are cases when the decree is violated”.

He added that in some regions “governors are actively working to rectify the situation” and stressed “all the errors will be corrected”.

Mr Peskov also said he was unaware of any decisions to shut Russia’s borders and impose martial law in the country.