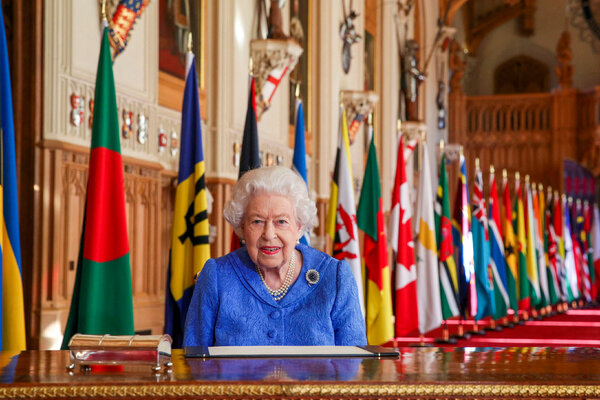 Queen Elizabeth II praised people throughout the Commonwealth for uniting during the pandemic in upbeat televised remarks on Sunday.

“We have all continued to appreciate the support, breadth of experiences and knowledge that working together brings, and I hope we shall maintain this renewed sense of closeness and community,” the queen said.

Calling the pandemic “a time like no other,” she also commended “remarkable advances in developing new vaccines and treatments” and frontline health care workers for their “selfless dedication to duty,” Reuters reported.

The speech was broadcast on Sunday for Commonwealth Day, a celebration of countries largely from the former British Empire that continue to maintain ties with Britain.

The queen’s remarks came just hours before a highly anticipated televised appearance of her grandson Prince Harry and his wife, Meghan Markle, the Duchess of Sussex, with Oprah Winfrey on Sunday night. Relations between the couple and the royal family have been strained since the duke and duchess announced they would step back from their official duties and move to North America.

The annual Commonwealth Day service at Westminster Abbey in London, which the royal family typically attends, was canceled this year because of the pandemic.

After a highly contagious variant ravaged Britain over the winter and the country tightened restrictions, confirmed cases in Britain have steadily ticked down, according to a New York Times database.