President Putin has announced plans for a partial mobilisation of reserve forces in order to continue the Kremlin’s invasion of Ukraine. As the news broke, land borders out of Russia quickly became overwhelmed with floods of traffic as civilians rushed to escape the mobilisation decree. According to foreign affairs expert John Simpson, Vladimir Putin has welcomed the mass exodus of Russians in the hopes that critics of the conflict will leave the country, allowing for anti-war demonstrations to be crushed.

Mr Simpson, world affairs editor for the BBC, said: “Putin is actually quite glad to see these long lines of cars trying to get through into countries like Georgia in the east and Finland in the west.

“The people that are driving them are mostly people who will be called up for the army and they don’t want to be called up.

“The chances, I think, are quite strong that they would take part in demonstrations against Putin and against the war.

“Putin is probably quite glad to get rid of these tens of thousands of people that are trying to get away.” 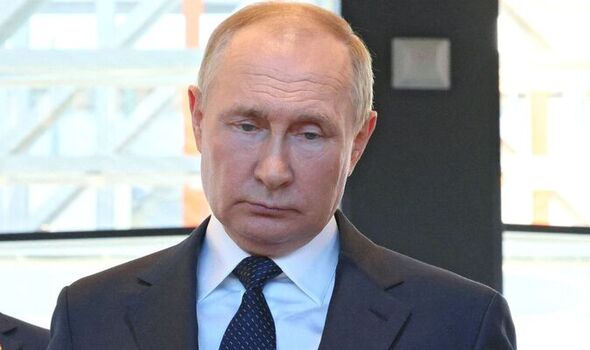 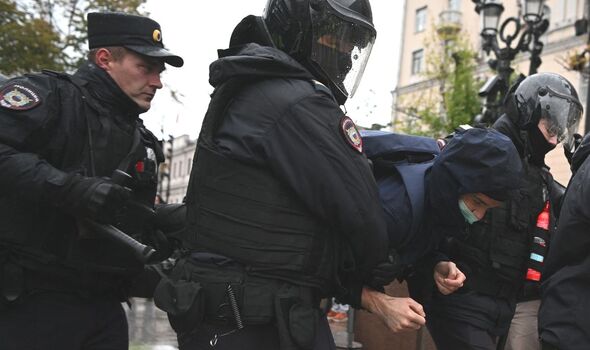 Shortly after the mobilisation order was declared, video footage emerged across social media of queuing traffic at accessible land borders.

Demand for flights out of Russia spiked, with many routes rapidly selling out, causing the price of available tickets to soar.

Despite the frantic atmosphere within Russia, some allies of Ukraine declared their borders would remain closed to those desperately trying to escape the call to mobilise.

Latvian Foreign Minister Edgars Rinkevics said: “Due to security reasons, Latvia will not issue humanitarian or other types of visas to those Russian citizens who avoid mobilisation, nor will it change the border crossing restrictions for Russian citizens with Schengen visas.” 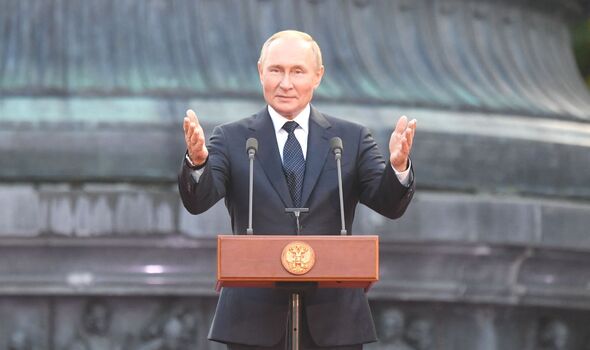 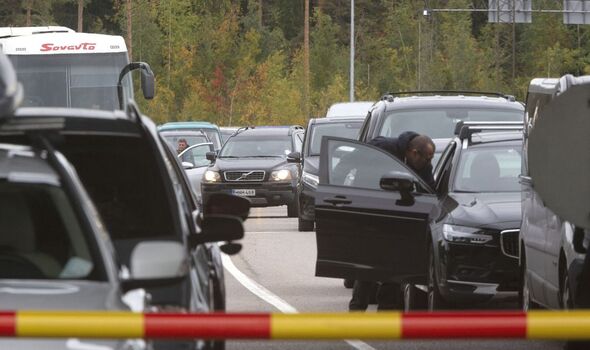 As thousands fled, others conducted anti-war demonstrations in major cities across Russia, condemning the Kremlin’s swift u-turn on pledges not to conduct a widespread mobilisation.

The protests saw dramatic clashes between activists and Russian police forces as authorities rushed to silence the opposition.

OVD-Info, an independent Russian human rights organisation, reported over 1,000 people had been arrested for their involvement with protests within 24 hours of President Putin’s national speech.

The UK Ministry of Defence predicted protests against the Kremlin could continue as the mobilisation decree was likely to be “highly unpopular” among Russian civilians who have largely evaded the horrors of the conflict. 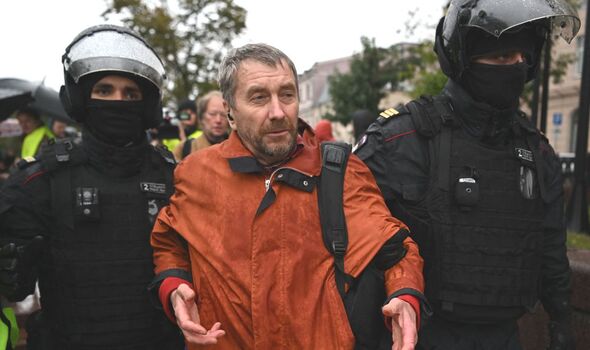 On Saturday, President Putin signed an amendment to increase prison terms for those fleeing a mandatory call up to military service.

Under the new decree, people convicted of evading military service could face a sentence of up to ten years imprisonment, doubled from a five year term.

President Zelensky described the Kremlin policy as a “mobilisation to graves”. He said: “The Russian authorities are well aware that they are sending their citizens to death – there are no other options.”

The Ukrainian President encouraged civilians to flee: “It is better to run away from criminal mobilisation than to be crippled and then bear responsibility in court for participating in the war of aggression.”