The tyrant is rumoured to be taking steroids as a treatment for thyroid cancer. Meeting with his Defence Minister Sergei Shoigu yesterday, a dishevelled Putin appeared to be barely able to keep his head up.

The 69-year-old did manage however to utter an unenthusiastic congratulations to his troops – who he claims has “liberated” the pro-Russia eastern region of Luhansk of Ukraine. After Putin’s message was recorded, he appears to be nodding off.

The camera then pans to Mr Shoigu, where it remains for most of the video. In the staged broadcast, he tells troops to “rest and develop their combat capabilities” after capturing the strategic region. 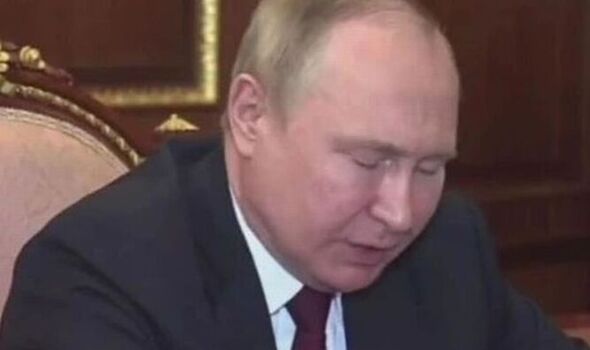 The dictator mumbles: “Other military units, including the East group and the West group, must carry out their tasks according to previously approved plans.”

Putin is reportedly suffering from either Parkinson’s or thyroid cancer. He was previously pictured clinging to the desk during another meeting, and wearing a blanket over his lap during Russia’s Victory Day parade.

Senior figures in the Five Eyes intelligence alliance – Australia, Canada, New Zealand, the United Kingdom and the United States – have cited Kremlin sources as saying they believe there is a physiological explanation for the Russian president’s globally denounced decision to start a bloody war in Ukraine. They theorised Putin has so-called “roid rage”, caused by the prolonged use of steroids. 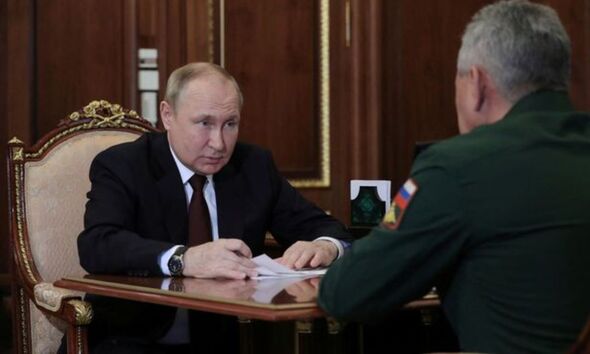 Professor Angus Dalgleish of St George’s, University of London, agreed, telling The Mirror: “We hear all the things that people say about him such as him losing his temper quickly and he’s very frustrated so I think that he’s clearly been on anabolic steroids.”

The professor added that the Kremlin brute is a narcissist who does egomaniac things such as posing bare-chested on horses. The infamous photos of Putin’s bare chested horse riding in Siberia were mocked by G7 leaders when they met for a summit last week.

Mr Dalgleish added: “Those sorts of people are likely to be taking anabolic steroids.”

He added Putin may also be taking opiates. 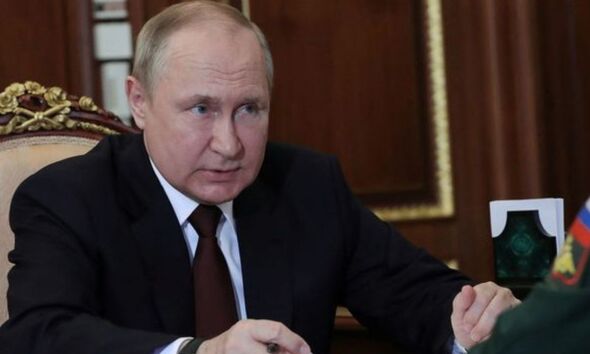 He said: “He’s had that really bad back pain so he’s likely to be taking opiates, they can also make you dumb and aggressive.”

Professor Dalgleish said if people give Putin advice he doesn’t like, “he basically ostracises them, fires them or put them under house arrest”.

Questions were asked again about Putin’s health after the despot was seen visibly shaking as he presented a medal in mid-June. It came as Putin presented the State Prize of the Russian Federation to filmmaker Nikita Mikhalkov at the Kremlin.

In May, when he met with Belarusian president Alexander Lukashenko in Sochi, he was caught on camera awkwardly twisting his feet when the pair sat down for talks. He was seen unable to stand still, seeming to sway back and forth as he listened to the recipient accept the prize.