ISTANBUL (Reuters) – President Tayyip Erdogan is under growing pressure from unions and the opposition for a lockdown to slow the spread of coronavirus, but insists that Turkey should “keep wheels turning” in the economy and that people continue going to work. 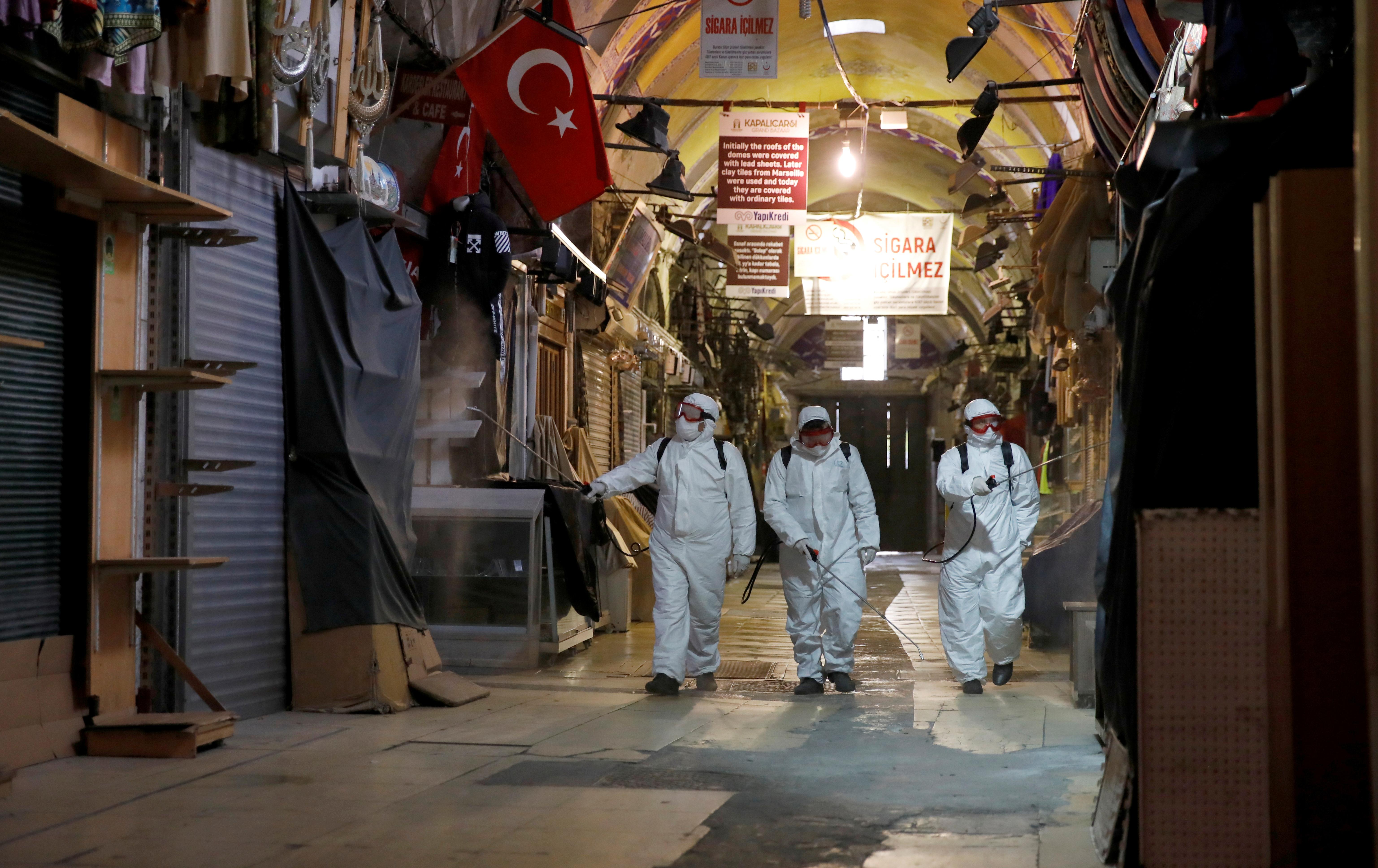 The authorities have not, however, ordered people to stay at home, even as the number of cases in Turkey has risen sharply. On Monday these reached 10,827, less than three weeks since Turkey registered its first case. The death toll jumped to 168, drawing fresh calls for tighter measures.

With Turkey emerging from a recession triggered by a 2018 currency crisis, Erdogan aims to avoid endangering the recovery by enforcing a stay-at-home order that would halt economic activity and has called instead for voluntary self-isolation.

Two leading union confederations called for a halt to all but emergency work and for measures to be implemented to support workers. “All work should be stopped for a minimum of 15 days except for the production of essential and emergency goods and services,” TURK-IS Chairman Ergun Atalay said in a statement.

He also called for a ban on layoffs for the duration of the pandemic and said income support should be provided to all workers who are experiencing loss of work and income. The DISK union confederation issued an identical statement.

The Turkish Medical Association said on Monday there were many mistakes in Ankara’s “inadequate” response to the pandemic, saying borders had been left open too long and that quarantine had not been imposed on most Turks returning from abroad.

“At this stage, the disease has spread to every part of the country, hence the opportunity to enforce a quarantine has gone,” it said in a statement.

It said that more than 30,000 tests needed to be carried out daily and that those testing positive needed to be properly isolated.

But after a cabinet meeting on Monday, Erdogan said it was necessary to maintain output to sustain the supply of basic goods and support exports.

“Turkey is a country that needs to continue production and keep the wheels turning under all conditions and circumstances.”

The main opposition CHP party leader Kemal Kilicdaroglu said measures imposed on senior citizens and the chronically ill should be extended to a nationwide “quarantine”.

The CHP’s Istanbul mayor, Ekrem Imamoglu, underlined the importance of a lockdown in the country’s biggest city, with a population of 16 million people – nearly a fifth of Turkey’s population.

“If 15% of the city’s population goes out that is 2.5 million people. As the weather gets better people will go out,” Imamoglu told Fox TV in an interview on Monday. “Even if they don’t do it for Turkey, a lockdown can be announced for Istanbul.”

On Monday, Erdogan also launched a campaign to collect donations from citizens for those in need, saying he was donating seven months of his salary to the cause and that the effort had already drawn $11 million.