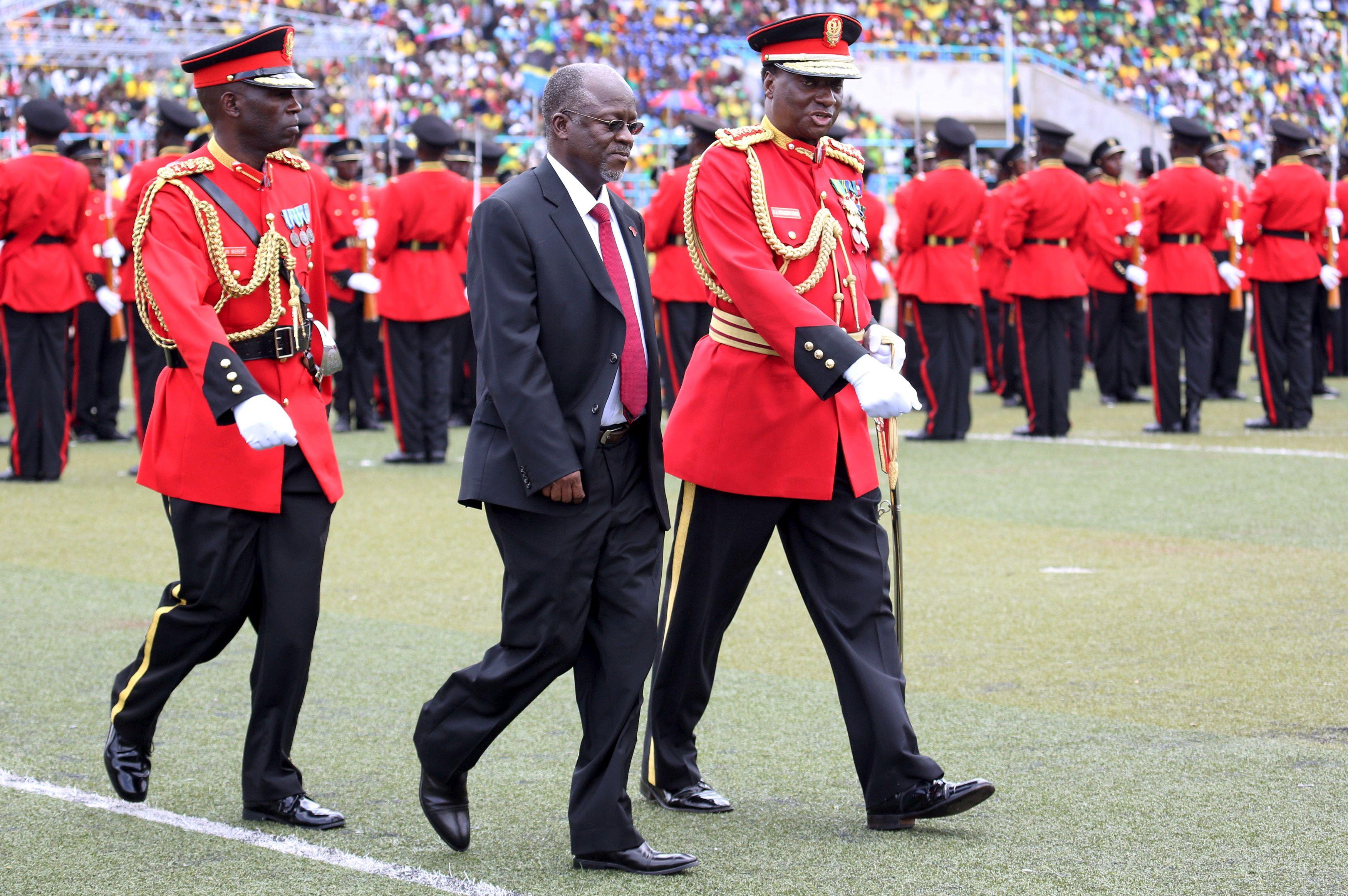 DAR ES SALAAM (Reuters) – Coronavirus test kits used in Tanzania were dismissed as faulty by President John Magufuli on Sunday, because he said they had returned positive results on samples taken from a goat and a pawpaw.

Magufuli, whose government has already drawn criticism for being secretive about the coronavirus outbreak and has previously asked Tanzanians to pray the coronavirus away, said the kits had “technical errors”.

The COVID-19 testing kits had been imported from abroad, Magufuli said during an event in Chato in the north west of Tanzania, although he did not give further details.

The president said he had instructed Tanzanian security forces to check the quality of the kits. They had randomly obtained several non-human samples, including from a pawpaw, a goat and a sheep, but had assigned them human names and ages.

These samples were then submitted to Tanzania’s laboratory to test for the coronavirus, with the lab technicians left deliberately unaware of their origins.

Samples from the pawpaw and the goat tested positive for COVID-19, the president said, adding this meant it was likely that some people were being tested positive when in fact they were not infected by the coronavirus.

“There is something happening. I said before we should not accept that every aid is meant to be good for this nation,” Magufuli said, adding the kits should be investigated.

As of Sunday, Tanzania had recorded 480 cases of COVID-19 and 17 deaths but unlike most other African countries, Dar es Salaam sometimes goes for days without offering updates, with the last bulletin on cases on Wednesday.

COVID-19 infections and fatalities reported across Africa have been relatively low compared with the United States, parts of Asia and Europe. But Africa also has extremely low levels of testing, with rates of only around 500 per million people.