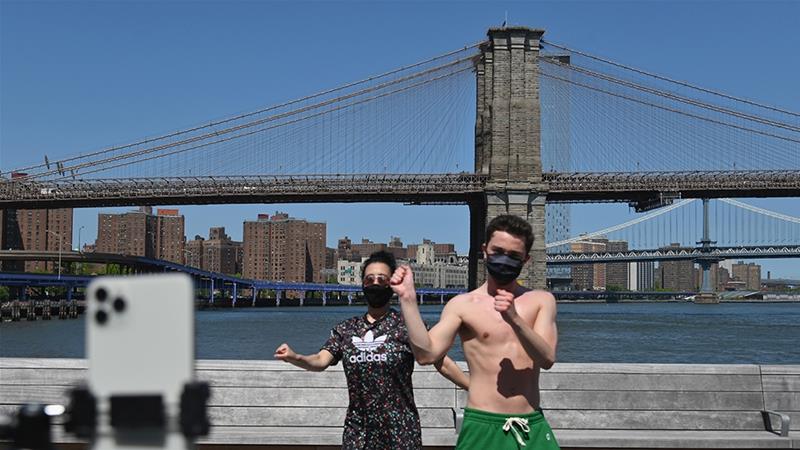 The United States is considering banning Chinese social media apps, including TikTok, over allegations Beijing is using them to spy on users.

“I don’t want to get out in front of the President [Donald Trump], but it’s something we’re looking at,” Pompeo said on Monday in an interview with Fox News.

US politicians have raised concerns over the handling of user data by TikTok – a short-form video app owned by Chinese company ByteDance – saying they were worried about China’s laws requiring domestic companies “to support and cooperate with intelligence work controlled by the Chinese Communist Party”.

TikTok, along with 58 other Chinese apps, was recently banned in India after a border clash between Indian and Chinese troops.

TikTok has faced persistent allegations that its decisions on content align with Beijing’s priorities. The app has targeted videos related to pro-democracy protests in Hong Kong, the mistreatment of Uighur Muslims in China’s Xinjiang region, and standoffs at the India-China border.

Last year, a ByteDance spokesperson told Bloomberg that TikTok did not remove videos of the Hong Kong protests for political reasons, saying they may have instead been taken down for violating guidelines around violent, graphic, shocking or sensational content.

TikTok has also said previously it would not comply with any requests made by the Chinese government to censor content or for access to TikTok’s user data, nor has it ever been asked to do so.

On Tuesday, TikTok said it would pull its popular video sharing platform from app stores in Hong Kong. It came as a growing number of tech companies suspended compliance with data requests from the Hong Kong government, citing concerns over a new national security law imposed by Beijing on the financial hub.

A Zoom spokesperson said that the company would actively monitor the situation “including any potential guidance from the US government,” the Hong Kong Free Press reported on Tuesday.

Under the law, which outlaws acts of subversion, secession, terrorism and colluding with foreign forces, authorities can request a “relevant service provider to provide the identification record or decryption assistance as the case requires”.

China had argued the legislation was needed to quell lawlessness and rioting, accusing Western countries of meddling in its internal affairs.