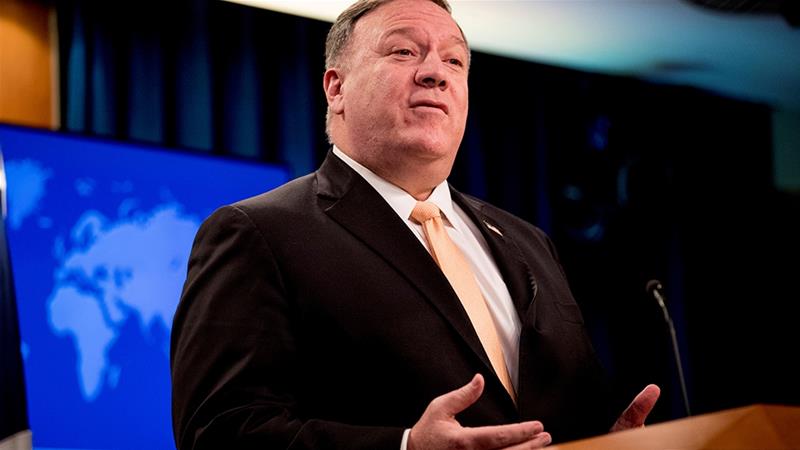 US Secretary of State Mike Pompeo stressed to his Egyptian counterpart that Americans detained in Egypt should be kept safe during the coronavirus pandemic.

The State Department on Thursday did not give any details about US prisoners, but three Americans held in Egypt were mentioned in a letter by a bipartisan group of US senators sent to Pompeo this month, asking him to call for the release of Americans detained in several countries, citing the risk from the virus.

Pompeo, in his call with Egypt’s Foreign Minister Sameh Shoukry, “emphasised that detained US citizens be kept safe and provided consular access during the COVID-19 pandemic”, the State Department said in a statement.

COVID-19, the respiratory disease caused by the coronavirus, has killed more than 175,000 people globally, according to the World Health Organization (WHO).

In Egypt, the disease has killed 276 people and infected more than 3,600, the WHO said.

Egyptian-American medical student Mohamed Amashah, one of the prisoners mentioned in the US senators’ letter, has been awaiting trial for more than a year on charges of misusing social media and helping a “terrorist” group. Last month Amashah, who suffers from an autoimmune disease and asthma, started a hunger strike to draw attention to his plight, his parents said.

There are 114,000 prisoners in Egypt, according to a recent UN estimate.

In January, the US confirmed the death of Egyptian-American Moustafa Kassem in a prison in Egypt where he had been in custody since 2013, and vowed to continue raising concerns over Cairo’s poor human rights record.