A strict speed limit has been introduced on almost all of the streets in Paris.

France‘s capital has introduced a maximum speed limit of just 30kph, which is less than 19mph.

City officials are trying to burnish its climate credentials and change resident’s relationship with cars. The majority of polls suggest Parisians support the idea, hoping that it makes the streets safer and quieter.

But the move hasn’t been welcomed by everyone and delivery drivers said it will create longer waiting times for customers, while drivers say it will drive up rates and hurt business.

Wide avenues, including Champs-Elysees, are exempt from the change.

Under Mayor Anne Hidalgo, the Paris city government has restricted or banned vehicle traffic on several streets and multiplied the number of bike lanes.

Other French cities and towns have also limited speeds to 30kph. 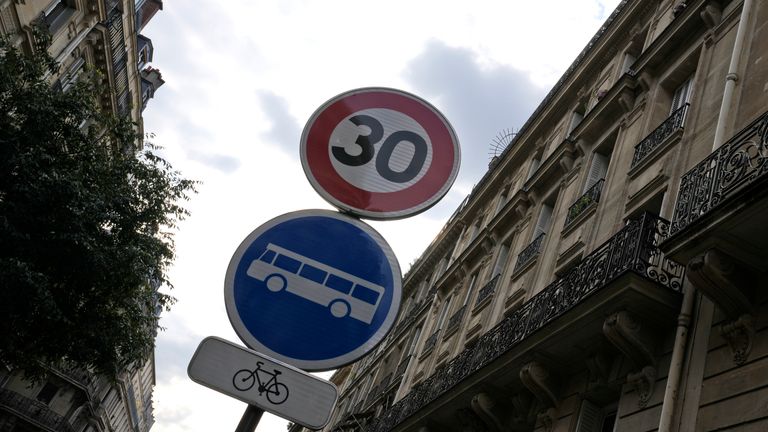 Brussels imposed a 30kph limit earlier this year and about 80% of Berlin streets have the same rule.

London imposed a 20 mph (32 kph) limit last year on some roads within the city’s Congestion Charging Zone and Madrid imposed a limit on most of the city centre in 2018.

This year Spain put a 30kph limit on all one-way urban roads, a measure aimed at reducing air and noise pollution and increasing traffic safety.