The French capital accounts for more than a quarter of the country’s cases. 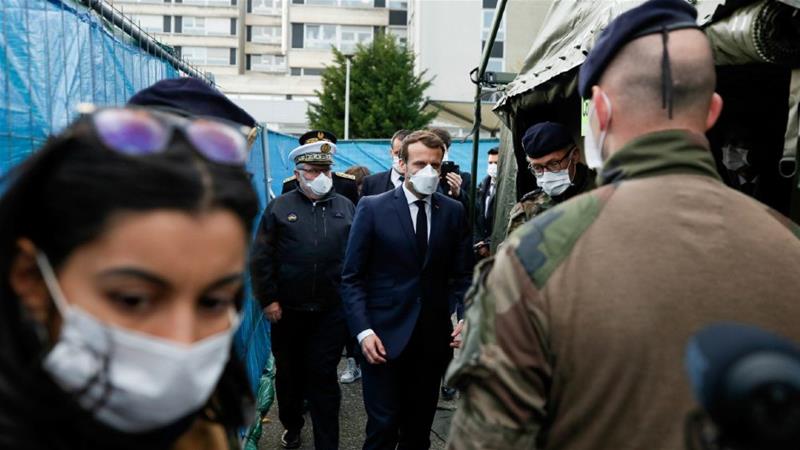 A spike in coronavirus patients means hospitals in and around Paris will reach saturation point within 48 hours, the head of the French Hospital Federation said on Friday, even though the peak of demand is not expected until April.

Paris and its suburbs now account for more than a quarter of the 29,000 confirmed coronavirus infections in French hospitals, with almost 1,300 now in intensive care. The death toll nationwide as of Thursday evening stood at 1,696.

“We will clearly need help in the Ile-de-France (Greater Paris region) because what happened in the east is coming here,” Frederic Valletoux, the federation’s president told BFM TV.

He was referring to the Grand Est region, where the first major cluster took hold in France and where hospitals are already overwhelmed, with the army helping to transfer some critically ill patients to other cities.

“We will be at the limit of our capacities in 24 or 48 hours. We will need to show real solidarity between regions, hospitals and increase the numbers of patient transfers.”

Officials in the Paris area have been scrambling to find more intensive care beds, ventilators and medical staff and spread the load of patients across the capital and its wider suburbs.

President Emmanuel Macron on March 17 imposed a lockdown to slow the spread of the virus, but doctors say they expect a wave of cases next week after the government pressed ahead with local elections and thousands of people mingled in parks and streets before they were confined at home.

“If we let hospitals cope by themselves, and let every territory that has been taken by the epidemic cope alone, then we shall head towards a catastrophe,” Valletoux said.

Macron said on Friday that he had a “very good discussion” with US President Donald Trump over the coronavirus crisis, and that the two were preparing a new initiative to combat the pandemic.

“In response to the COVID-19 crisis, we are preparing with other countries a new strong initiative in the coming days,” the French president said on Twitter.

Macron on Friday was also due to meet with trade union leaders for talks on how to save the French economy from implosion due to the shutdown of business activity.