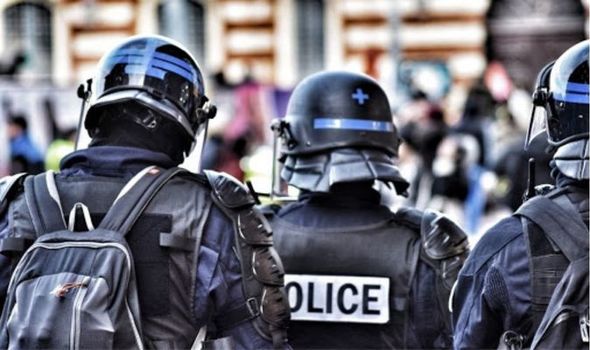 The terrifying incident took place outside a school in Seine-Saint-Denis, Paris. The suspect is believed to have repeatedly threatened parents who were taking their children to school. Police quickly made an arrest.

The suspect has been taken into custody and an investigation has been launched by the police.

Gérald Darmanin, France’s Interior Minister, took to Twitter to praise the police for their swift action.

He said: “I salute the composure and dynamism of the police, who intervened very quickly to arrest a dangerous individual, armed with a knife, in front of an elementary school in Seine-Saint-Denis.

“This individual was making threatening words.”

He wrote on Twitter: “This morning, a man with a knife made threats near the school in the town centre at the start of the school year.

“I salute the efficiency of the police and our video surveillance system, which enabled his rapid arrest.

“He is in custody. Investigation in progress.”

It comes after France has been rocked by a number of terror attacks in recent weeks.