Croatia, which presides over the Council of the EU, moves this year’s event honouring Nazi-allied soldiers to Bosnia. 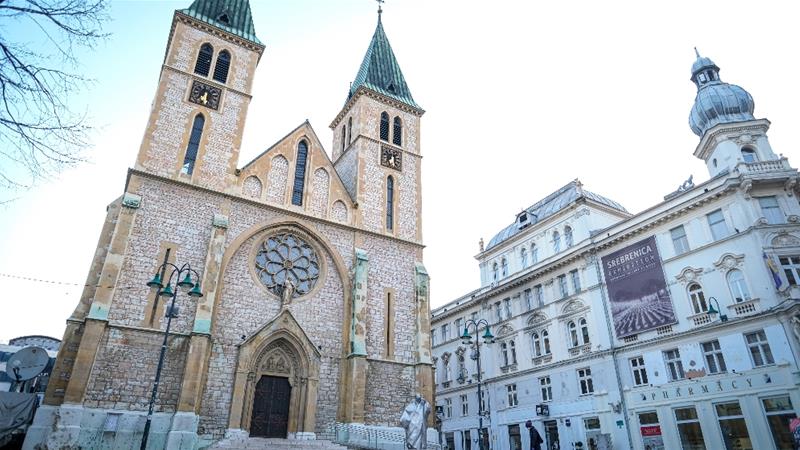 The annual event sponsored by the Croatian parliament is usually held in southern Austria, but it was cancelled this year – reportedly due to the coronavirus pandemic – and will be held in Sarajevo on Saturday instead, on behalf of the Bishops’ Conference of Bosnia and Croatia.

Held each May for more than 30 years, the event tends to attract thousands of far-right Bleiburg mourners who commemorate the tens of thousands of Nazi-allied soldiers and civilians killed by Yugoslav Partisans as they fled to Austria in May 1945 and surrendered at Bleiburg following the defeat of the Independent State of Croatia (NDH) – a Nazi puppet state led by the fascist Ustasha regime.

Critics in Bosnia have slammed plans to hold the commemoration in Sarajevo as a provocation and an attempt at rehabilitating the Ustasha regime.

All three of Bosnia’s presidents have condemned the event along with the mayor of Sarajevo, as well as the US and Israeli embassy.

In reflecting on WWII, we must recognize and remember history in its totality. We call on those organizing the Bleiburg commemoration in BiH to refrain from historical revisionism and retrograde rhetoric.

Bosnia’s Jewish community, as well as Bosnia’s chapter of PEN, are among those calling for the event to be cancelled.

‘Everyone in Sarajevo was surprised’

Jakob Finci, president of the Jewish community of Sarajevo, told Al Jazeera that Bosnia “has always been anti-fascist”.

In Sarajevo, he said, close to 11,000 people were killed by the Ustasha regime.

“Everyone in Sarajevo was surprised by the decision for the mass for Bleiburg victims, as they call it, to be held in Sarajevo and not elsewhere in Croatia.”

Instead of organising it at home, the decision to organise the mass in Bosnia instead was convenient, since Croatia is currently presiding over the Council of the EU, Finci added.

“We had just celebrated Victory in Europe Day and Victory Day over Fascism, and seven days later, Croatia is marking a mass in which fascist war criminals were killed at Bleiburg.

“So they transferred [the mass] to the Bosnian Archbishops’ Conference … because in Bosnia everything can pass. And if it doesn’t go as planned, then it can be used as proof to say that in Bosnia, there is no place for Croats, that they can’t freely pray to God,” Finci said.

“I don’t think it was necessary for the Catholic Church to do this in Sarajevo. There are other places [to hold the event].”

The Archdiocese of Vrhbosna did not respond to Al Jazeera’s request for comment by the time of publication. 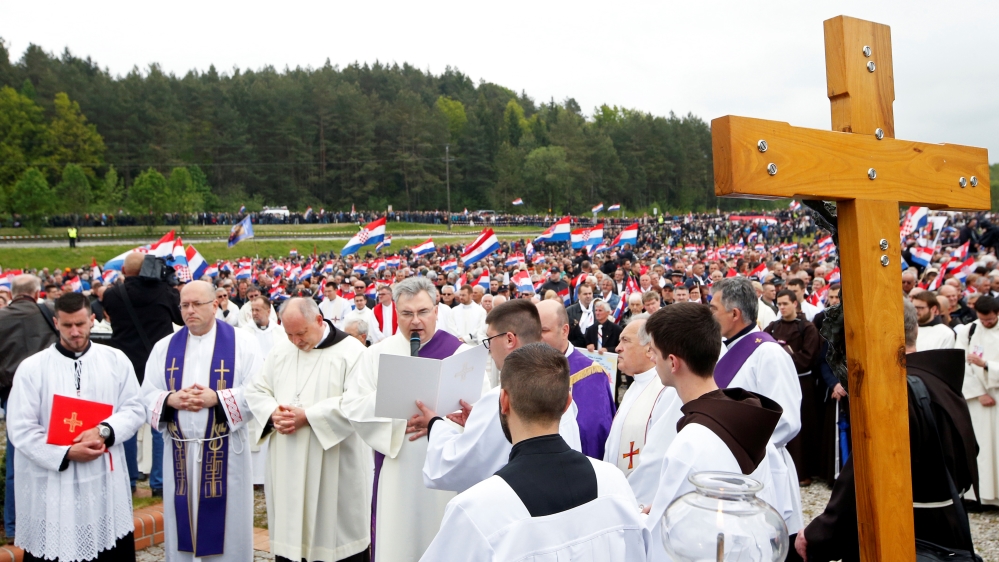 In recent years, Croatia has increasingly been criticised for historical revisionism.

In 2019, the Holocaust Revisionist Report (PDF) listed Croatia as one of four European countries with the worst Holocaust revisionism.

The Bleiburg commemoration has been controversial in Austria as well; Austrian MPs have called it a platform for right-wing “extremists”, and attendees have been arrested for displaying banned fascist symbols.

In 2019, the Austrian Church denied a request from the Croatian Bishops’ Conference for the mass to be held near Bleiburg, saying the event undermines the Catholic Church’s reputation and was being used for nationalist purposes. 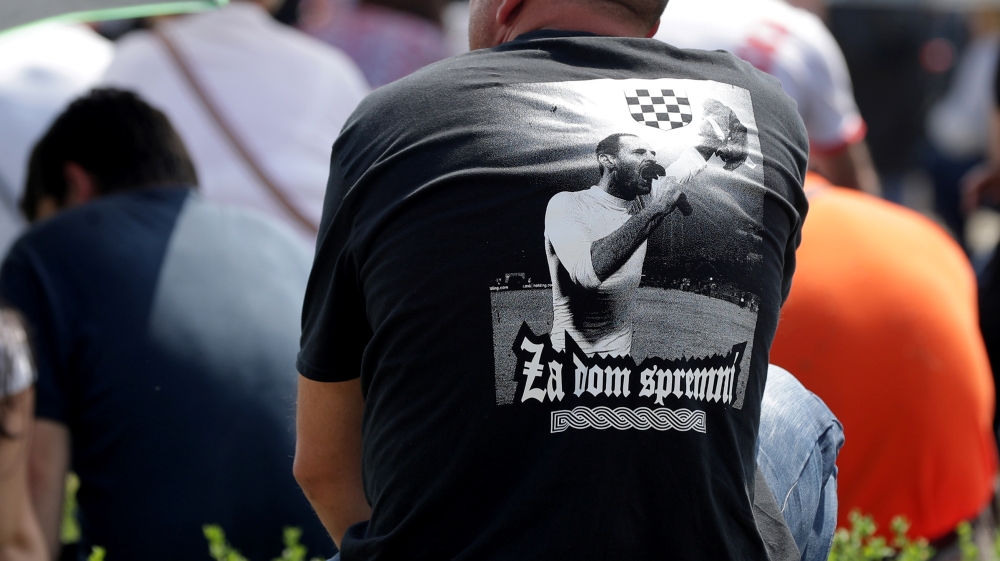 ‘Relativizing the criminal nature of the Ustasha regime’

The Croatian National Assembly of Bosnia and Herzegovina (HNS), an umbrella organisation of Croat political parties in Bosnia that is also a co-sponsor of the mass, has dismissed criticism as an “attack on all Croats”, Hina wire news agency reported.

“Such reactions … are worrying recurrences of totalitarianism and pose a threat to freedom and equality,” the main council of HNS said.

It said the protests were an attack on the Catholic Church and Cardinal Vinko Puljic, who will be leading the mass, and called for Bosniak officials to “refrain from insulting sacred religious rites and the Croat people in Bosnia and Herzegovina”.

Ivo Goldstein, a Croatian historian and professor at the University of Zagreb, told Al Jazeera that he was disappointed to hear the umbrella body of Bosnian Croats speaking about pressure on Croats.

“The criticism is about an act that relativizes the criminal nature of the Ustasha regime,” he explained.

“Croats aren’t Ustashe – or, the majority were not Ustashe; I keep saying this. This kind of statement from the HNS suggests the opposite.

“It suggests that Croats identify with the Ustashe, which is absolutely not only politically unacceptable but also historically incorrect.”

While there were innocent people killed at Bleiburg, there were also war criminals among them, Goldstein added. The army of the Ustasha NDH had committed several crimes during the war.

If such a mass is to be held, three things need to be said: “That we pray for the innocent, that war criminals were among the killed and that we mourn for the victims of these war criminals and third, that [the Ustasha regime] was a Nazi-fascist creation,” Goldstein said.

However, organisers have yet to condemn the Ustasha regime.