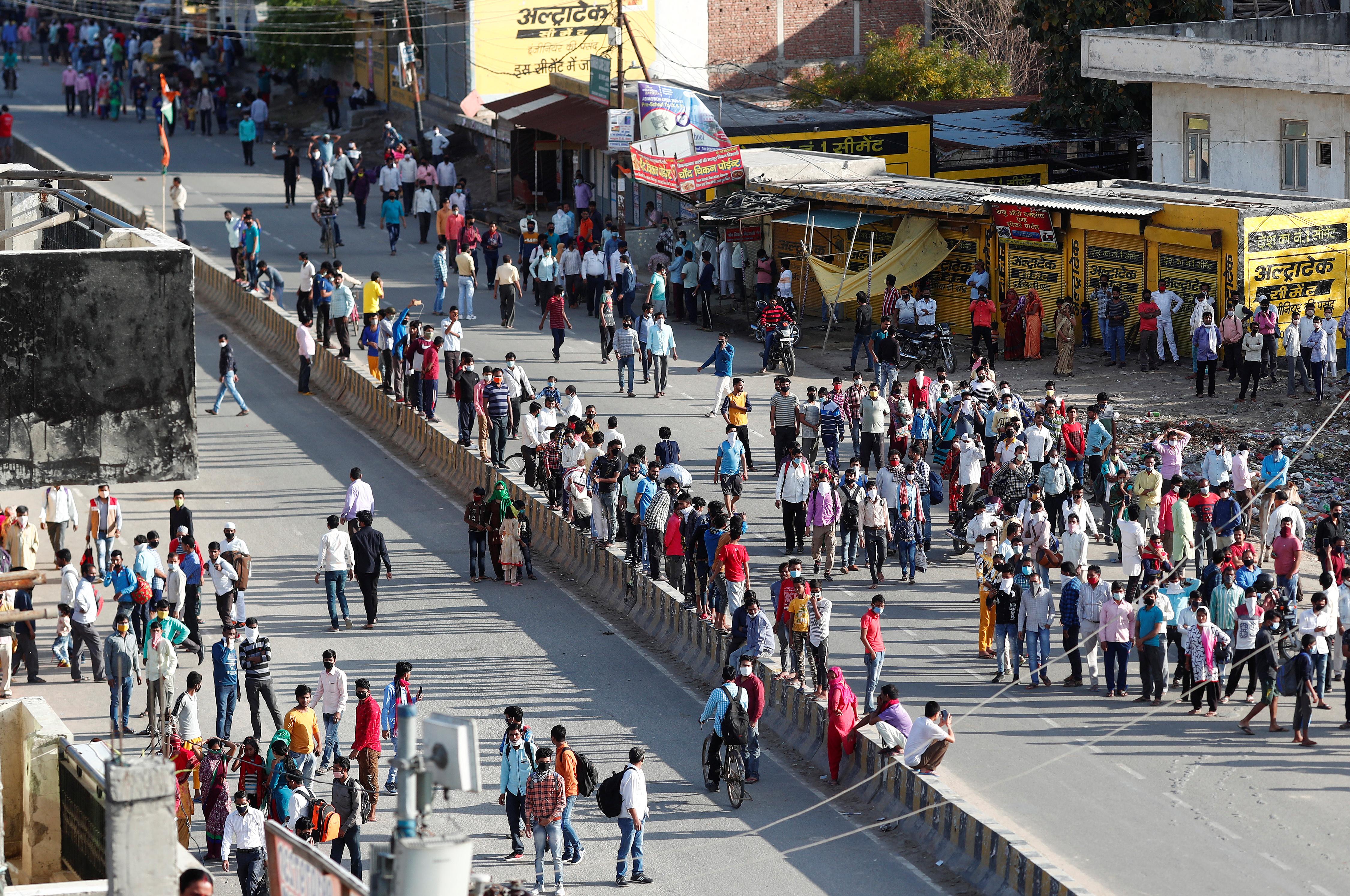 NEW DELHI (Reuters) – Indian health workers caused outrage on Monday by spraying a group of migrants with disinfectant, amid fears that a large scale movement of people from cities to the countryside risked spreading the coronavirus.

Footage showed a group of migrant workers sitting on a street in Bareilly, a district in the northern state of Uttar Pradesh, as health officials in protective suits used hose pipes to douse them in disinfectant, prompting anger on social media.

Nitish Kumar, the top government official in the district, said health workers had been ordered to disinfect buses being used by the local authorities but in their zeal had also turned their hoses on migrant workers.

“I have asked for action to be taken against those responsible for this,” he said in a tweet.

India imposed a nationwide lockdown on March 25, with thousands of laborers subsequently fleeing cities for their home villages after work – and public transport – vanished.

India has registered more than a thousand cases of the new coronavirus, of whom 29 have died, the Health Ministry said on Monday. Health officials say India is weeks away from a surge in cases that could overwhelm its weak public health system.