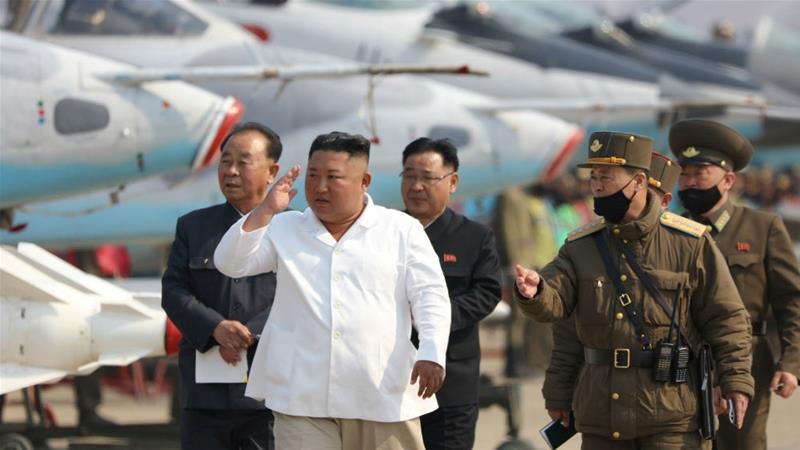 North Korean leader Kim Jong Un has carried out a major reshuffle of his State Affairs Commission, official media reported on Monday, replacing more than a third of its members.

Kim has cemented his grip over the country since coming to power in 2011 and is chairman of the SAC – the North’s highest decision-making body.

At a rare meeting of the country’s Supreme People’s Assembly on Sunday, five of the SAC’s 13 other members were replaced, official news agency KCNA reported.

The rubber-stamp parliament met a day after Kim presided over a governing party politburo meeting where he called for strict measures to prevent an outbreak of the new coronavirus.

A cabinet report submitted to the assembly reiterated the North’s insistence that “not a single case” of coronavirus has been reported in the country.

“State emergency anti-epidemic campaign will continue to be intensified to prevent the spread of COVID-19,” the cabinet report said.

Photos released by state news agency KCNA on Monday showed hundreds of legislators sitting in close proximity to each other with no masks or other visible measures to protect themselves from the disease.

There was no mention on KCNA of Kim presiding over the meeting himself, and he did not appear in photos of it.

North Korea has said it has tested at least 700 people and has put more than 500 in quarantine, but has no confirmed case of the new coronavirus, the World Health Organization (WHO) told Reuters news agency last week.

“The state emergency anti-epidemic campaign will continue to be intensified to prevent the spread of COVID-19, with a priority given to the life and safety of the people,” said a report submitted to the Supreme People’s Assembly (SPA), according to the KCNA.

North Korea took swift steps to prevent the spread of the virus, including blocking nearly all travel with neighbouring China and Russia, suspending international tourism and imposing long quarantines on thousands of people, including foreign diplomats.

The supreme assembly meets once a year to adopt the state budget and to exercise its constitutional mandate to approve key appointments and legal amendments, though Kim holds near-absolute power in the country. Personnel changes also take place during the meeting.

Ri Son Gwon, a former defence commander who was promoted to foreign affairs minister earlier this year, was one of the newly appointed as members of the Cabinet and the SAC in the assembly.

The SPA was initially scheduled for Friday, but was postponed without explanation.