The Tesla CEO has been blasted by Ukraine after he tweeted: “Ukraine-Russia Peace: Redo elections of annexed regions under UN supervision. Russia leave if that is will of the people.”  The other points in his proposed solution included formally recognising Crimea as part of Russia, assuring a water supply to Crimea and that Ukraine stays neutral.

The results of Musk’s poll showed that 59.1 percent of respondents disagreed while 40.9 percent agreed.

The initial referendums on the annexed regions were organised by Russia and have been heavily criticised by Kyiv and the West with leaders refusing to acknowledge the result of the “sham” referendums which occurred.

In response, Ukrainian officials accused Musk of “moral idiocy” with Ukraine’s Ambassador to Germany Andrij Melnyk tweeting Musk saying: “F*** off is my very diplomatic reply to you.”

Ukrainian President Volodymyr Zelensky also weighed in on the proposal and conducted a poll on his Twitter asking: “Which @elonmusk do you like more?”

Meanwhile, Russian officials have praised the billionaire with the Kremlin noting that the suggested peace deal is a “positive” step. 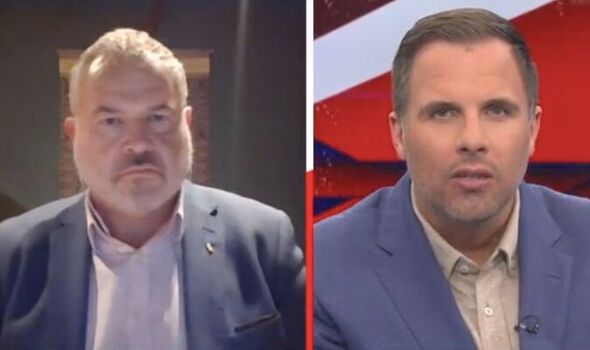 Author and explorer Adrian Hayes featured on GB News to address the proposal by Musk, noting that he is in support of it.

Speaking to host Dan Wootton he said that the key to why he supports the suggested peace plan is the question: “What exactly are we trying to achieve in Ukraine?”

He added: “If the objective is to defeat Vladimir Putin, I think we are on a hiding to nothing.

“He will never be defeated by a military force. The only people who can defeat Putin is his own people.”

Mr Hayes expressed his belief that Russia invaded due to the “Russian-speaking majority in the Eastern part of Ukraine” and that Putin was aware of his popularity in such regions. 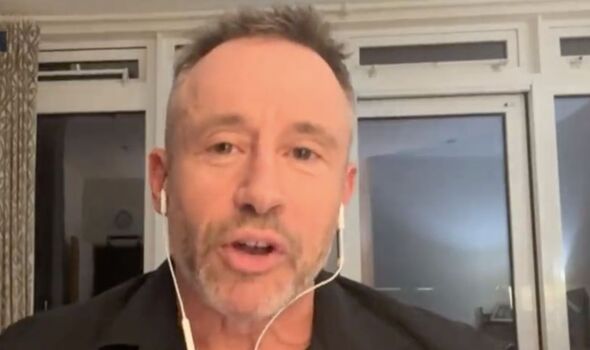 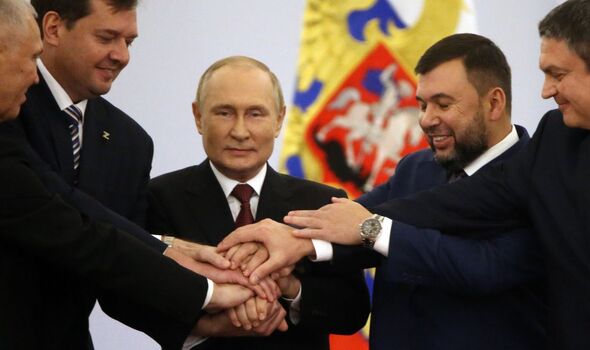 It is for this reason that Hayes believes that Musk’s proposal of using the UN to ensure a democratic referendum in each of those regions is “the only way out of this”.

Hayes praised Zelensky for his strong leadership throughout the conflict but added that “leadership is also about reading the room and being aware of when you may need to be flexible…everything is a trade-off.

He continued: “Zelensky could go down as an absolute hero if he is prepared to compromise on this stand-off and it will help the whole world.”

Meanwhile, Government communications expert Cormac Smith said on the news programme that Musk is a “useful idiot at best and a Kremlin asset at worst”.

He added: “His suggestions on Twitter have been as obnoxious as they were ludicrous.

“Putin and his cronies have made it very clear that they do not think Ukraine has a right to exist.

“They are carrying out genocide on the Ukrainian people, whole cities have been wiped off the face of the earth.

Mr Wotton chimed into the discussion, stating that British people are becoming increasingly concerned about the economic impact of supporting “a never-ending war”, adding that “there doesn’t seem to be any sort of end game in sight”.

Mr Smith retorted saying: “You’re wrong there. There is an end game in sight and the Ukrainians are currently making huge progress.