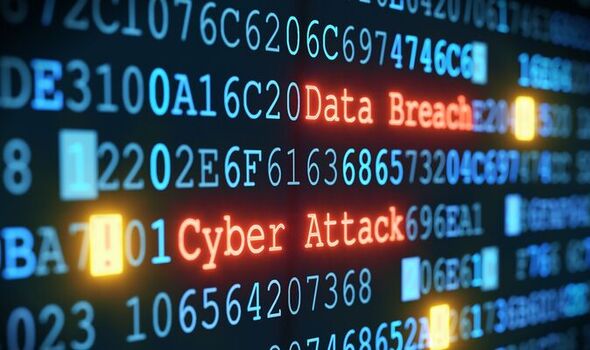 While much has been made of Moscow’s ability to conduct cyber warfare, a brain drain means its own defences may be weak. But experts warn Vladimir Putin may try to infiltrate government operatives among those leaving to “create havoc in theWest”. At least 70,000 tech experts, mostly programmers, have left since the invasion of Ukraine began a month ago.

This figure may rise to 100,000 by next month, according to the Russia Association for Electronic Communications, as sanctions cause a shortage of critical software with no Russian-made alternatives yet on the horizon.

While most may head for former Soviet republics such as Georgia and Armenia, others are expected to venture further west where job prospects and pay are better.

Putin to “insulate” Russia from the worldwide web in order to protect it from Western cyber activities by as much as 10 years, according to some experts.

So desperate is he to stem the tide that he has even offered to give IT experts exemption from conscripted military service to persuade them to stay.

According to the National Cyber security Centre it is now almost certain the FSB’s Centre 16 has been using hacker group names such as Energetic Bear, Berserk Bear and Crouching Yeti to target critical IT systems and national infrastructure in Europe, the Americas and Asia.

Targets include the energy and aviation sectors.

Worryingly, experts last night warned that Putin could now insert state agents and operatives into the exodus’ of programmers to “cause havoc” in theWest”.

“Insulati” Russia from the worldwide web has already required a lot of manpower, time and money, and it is going to be much more problematic now for Putin,” said Hans Horan, cyber expert with intelligence consultancy Sibylline “What we’re seeing is an actual brain drain and it will have serious consequences for Russian plans to protect itself.

“IT specialists are the last line of defence. If you don’t have enough it makes it much easier to hack into Russian companies which may or may not have links with the government .

“Groups like Anonymous aren’t the most technically skilled but if you have a soft underbelly in terms of IT, this may be the break they need for more disruptive attacks. It gives the opportunity to be bolder in terms of targeting.”

Mr Horan added: “We also need to ask ourselves at what point does Putin try to exploit this exodus? It cannot be unthinkable ‘He could exploit this with sleeper agents’ that he tries to slip in governmenttrained and sponsored IT specialists to gain a foothold in the West and cause havoc.”

With sanctions seriously hampering Russia’s own research and development programmes, the temptation will be for the

Kremlin to emulate China and steal Western research instead, he said.

Most multinationals are hungrily looking to employ more IT specialists and may take shortcuts with due diligence.

“It’s the big technology companies and research institutes I’m worried about. IT specialists have access to all data and systems,” said Mr Horan.

“Research institutions are always coming up with new academic work which could be of interest. This could allow Russia to build parallel programmes.”

Dr Taras Kuzio, cyber expert with the Henry Jackson Society think-tank, added: “Infiltrating sleeper agents is long-standing practice for Russia and it will be a nightmare for multinationals to effectively screen these people.”