On Tuesday, the US host asked Mrs Obama whether she and then-President Barack Obama had celebratory sex when the US Navy Seals killed al Qaeda leader Osama bin Laden in 2011. The Jimmy Kimmel Live! presenter had previously questioned the couple – with Barack telling him his wife would have been asleep by the time the operation was over.

During an interview on his talk show, Mr Kimmel once again asked Mrs Obama the awkward question.

He said: “A couple of years ago, I interviewed you in Tacoma, Washington, in front of a big group of people, you were on your book tour, and we had a great talk, it was a lot of fun, and everyone was very excited to see you.

“And I asked you a question that night — I actually asked your husband this question as well, and he kicked it back to you.

“I asked you that on the night that Seal Team Six took out Osama Bin Laden at your husband’s order — did you and your husband make love that night to celebrate?” 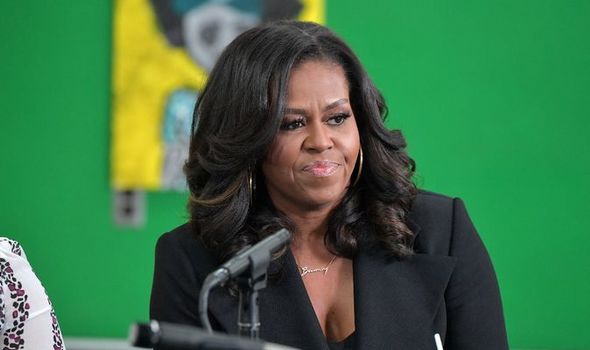 The former First Lady responded: “You know, I have to tell your audience that for some very sick reason, you’re very obsessed with this question of that major historical event.

In a way that no one else, no one in the history of all the conversations I’ve had, has anybody ever drilled down on this particular point like you, Jimmy Kimmel.

“So I turn that back on you. That’s what you want to know.

“You’re still that little boy in your bedroom under the cover with the flashlight going, I hope nobody sees me.” 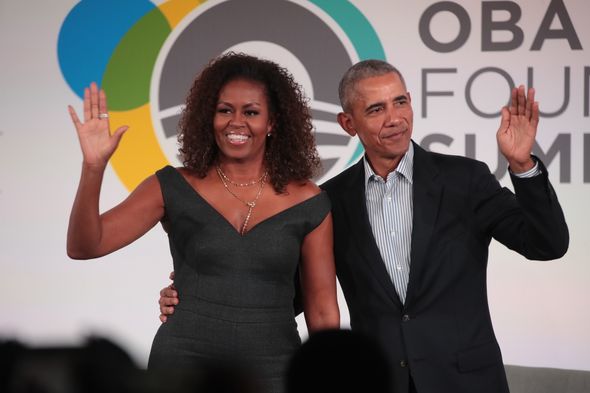 The couple share two daughters, Sasha and Malia, who according to Mrs Obama have strong voices when it comes to debating.

She said: “If you sit around the dinner table, me and Barack, we can’t get a word in edgewise and we like it like that. 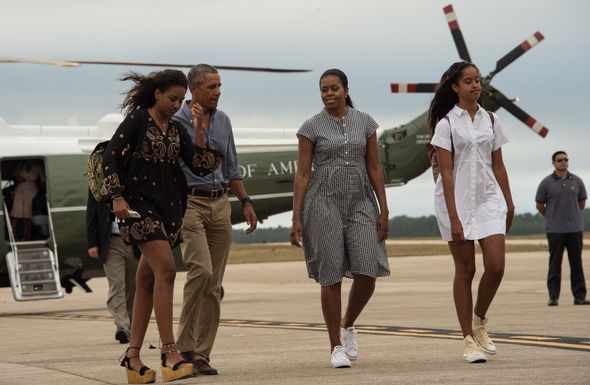 “We want to hear their thoughts and their opinions, and that’s where it begins.”

Mrs Obama added: “I always have wanted them to start practising the power of their voices very early on.

“What I hope they learn is that who they are right now is enough.”