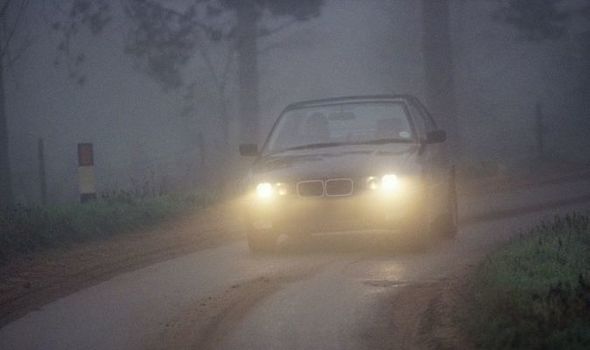 Areas in the west Midlands, south west England as well as London and south east England have been blanketed in “dense” fog, causing visibility to drop to less than 100 meters, the Met Office warned.

The yellow warning is in place until 11am as the fog is expected to clear and give way to a brighter day.

The UK’s national weather service warned the fog formed in the morning could cause slower journey times and difficult driving conditions.

Flights may also be cancelled or delayed.

The Met Office stated: “Fog patches over England and Wales clearing this morning, though the odd patch could linger through the day in parts of the southwest.

“Cloudier further North and breezy with some rain or drizzle at times.”

Later on in the evening, however, the fog will descend again in the south before spreading up into parts of the Midlands overnight.