The Met Office has issued two weather warnings which span across the UK today (Thursday, March 11) and into Friday. The whole of England and Wales is currently under a yellow wind warning until 3pm on Thursday. The Met Office warn staggering gusts of wind up to 70mph could be possible in some areas.

The Met Office yellow wind warning reads: “Strong and gusty winds are likely to develop on Wednesday evening and continue into Thursday across England and Wales.

“Gusts of 50-55 mph are possible inland, especially close to showers. Gusts may reach 60-70 mph on coasts and hills, especially in the west, before gradually easing on Thursday afternoon.”

The wind warning was also in place on Wednesday, with the Met Office recording staggeringly high wind gusts in some parts of the UK on Wednesday night.

In Capel Curig, Gwynedd, gusts of 86mph were recorded overnight. 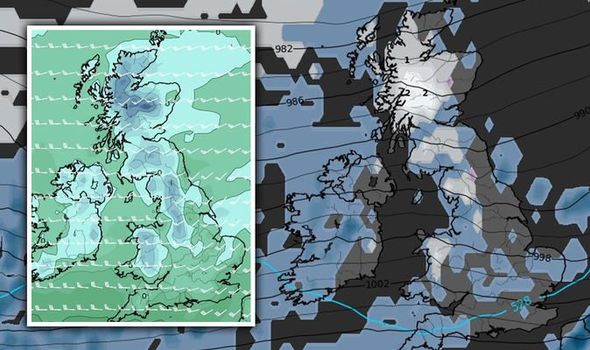 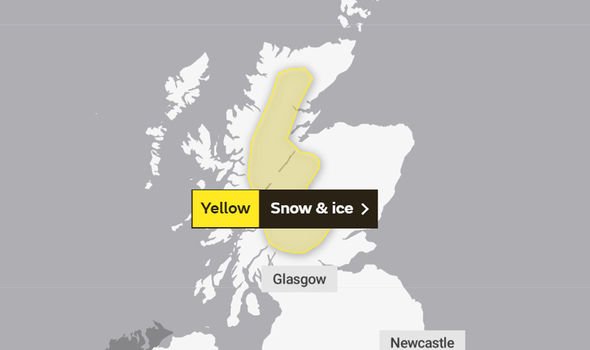 The Met Office has also issued a yellow snow and ice warning for swathes of Scotland from 6pm on Thursday until 10am on Friday.

The Met Office warn up to 5cm, or approximately two inches, of snow could fall in some areas.

The Met Office snow and ice warning affects areas within Central, Tayside and Fife, Highlands and Eilean Siar and Strathclyde. 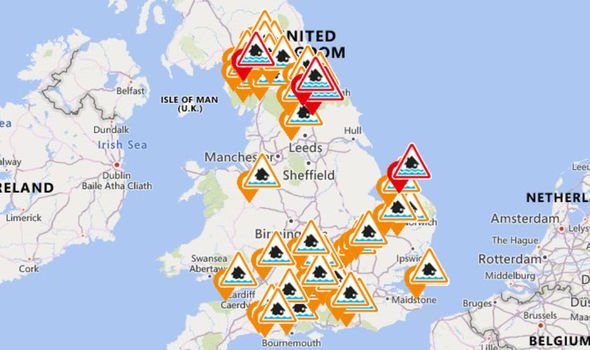 The warning reads: “Icy stretches are expected on untreated surfaces this evening and overnight as wintry showers continue.

“Above 250 metres showers will generally fall as snow and accumulations of 2 to 5cm are possible in some areas, mainly above 300 to 400 metres.”

Additionally as of Thursday morning, several flood alerts and warnings have been issued for England by the Environment Agency.

In addition to 41 flood alerts, which mean to prepare for possible flooding, four flood warnings have been issued for the following areas:

According to the Netweather forecast for Thursday, “colder air” is expected to take hold by Friday and some snow will start to fall.

The forecast reads: “A wild start this morning with gusts over 60mph. Overnight a deep low pressure has moved past northern Scotland, trailing its weather fronts over the UK bringing a spell of rain.

“As these frontal bands clear away over the North Sea there will be clearer, brighter skies with a rash of blustery showers from the Atlantic.

“By tomorrow, as colder air takes hold, some of these showers will turn wintry with snow on northern hills. Further rain or showers from the west into the weekend but less so by Sunday.”