Met Office forecasts have revealed current high temperatures in the mid-20s will only intensify come Friday. Although much of the country saw a balmy start to the week, it will end on the country’s fourth heatwave in 2020. But while conditions will end up glorious in most areas, Londoners may find themselves suffering under unbearable heat.

In its latest forecast, the Met Office said an area of imposing low pressure caused misery at the beginning of the week.

The pressure prompted heavy rain and gale-force winds up to 50mph before departing on Tuesday.

The weather has since settled and will continue to warm up until the weekend, with temperatures reaching 20C for most areas by Friday.

In London, however, the mercury will spike more than 10C compared to elsewhere. 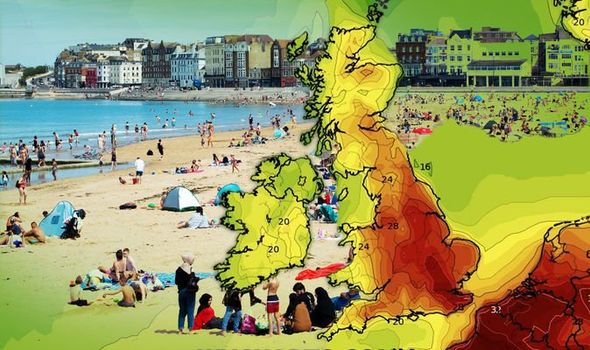 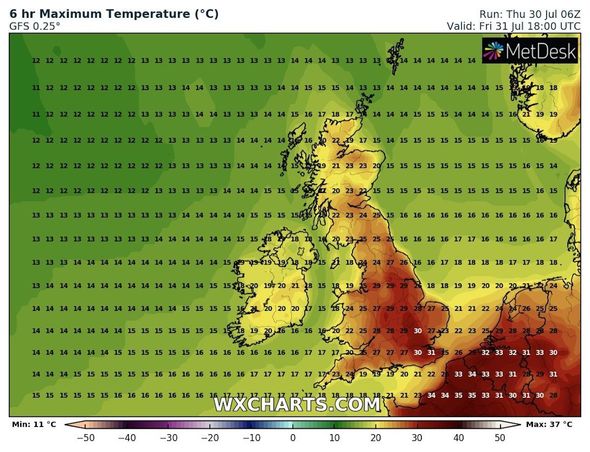 The Met Office said temperatures would top 30C in most of the southeast, and a “few places” in London would hit 34C or 35C.

Chief Meteorologist Andy Page revealed the heat comes with a risk of storms, however.

He said: “The bulk of England and Wales will have dry, very warm and sunny weather to end the week with Friday likely to be the hottest day of the year so far for the UK.

“A few thunderstorms are possible later on Friday and then a cold front moves eastwards by Saturday, bringing a downturn in temperatures once again.” 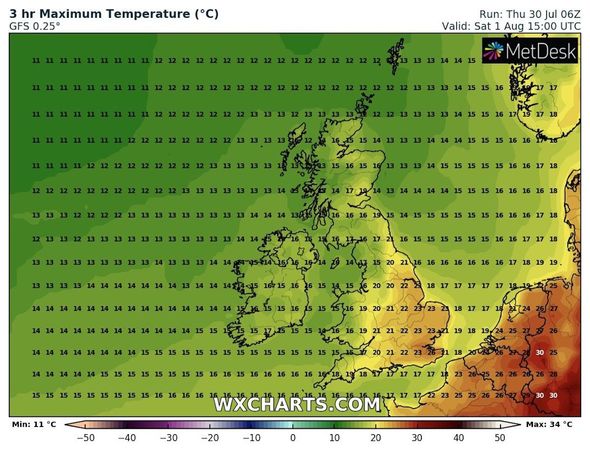 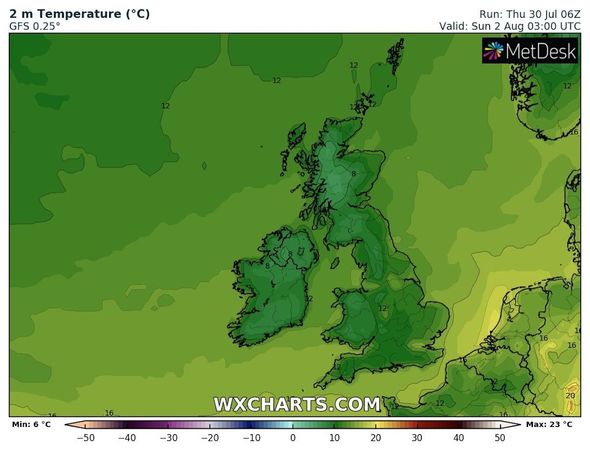 Temperatures of 35C would come as the highest of 2020, and just a shade off the all-time July record.

While the temperatures will rise to extremes tomorrow, the Met Office has not hailed the start of a heatwave.

They said the recent weather won’t meet the right criteria for them to declare one. 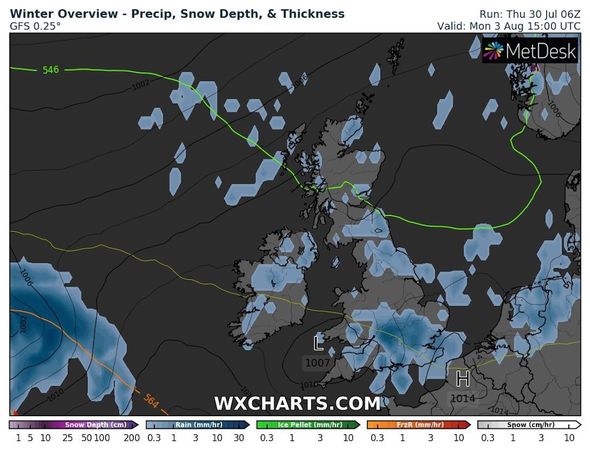 In a short statement, the agency said: “To meet the criteria for a heatwave, high temperatures need to persist for three days or more.

“This short hot spell will not reach the requirements to become a heatwave.”

During the three days required, temperatures must meet or exceed an established threshold.

The threshold varies around the UK, but the range typically lies between 25C and 28C.

After the mercury peaks on Friday, it will quickly slip down once again.

By Saturday, the sun will retreat behind cloud once more alongside a dip to 25C.

On Sunday, the Met Office expects highs of 23C, followed by showery spells on Monday low 20C for most of next week.