BERLIN (Reuters) – Chancellor Angela Merkel urged Germans on Thursday to show endurance and discipline to get through the coronavirus pandemic that is “still at the beginning”, and called for a bigger European Union budget to support economic recovery in the bloc.

Merkel is worried that Germans are relaxing their social distancing efforts after the federal and regional governments agreed to reopen some shops this week.

Germany has the fifth highest COVID-19 caseload behind the United States, Spain, Italy and France, but has kept fatalities down after early and extensive testing.

“It is precisely because the figures give rise to hope that I feel obliged to say that this interim result is fragile. We are on thin ice, the thinnest ice even,” Merkel told the Bundestag lower house of parliament.

“We are still far from out of the woods,” she said. “We are not living in the final phase of the pandemic, but still at the beginning.”

Germany’s gradual easing of restrictions provides for social distancing rules to remain in place until May 3. Schools will start opening from May 4, with priority for final-year students. Hairdressers can also reopen then.

Merkel and state leaders will meet again on April 30 to review how to proceed after May 3.

Christian Drosten, the top virologist at Berlin’s Charite hospital, said on Wednesday widespread testing helped Germany early in the crisis. But, with the easing of the lockdown, he said: “I regret to see that we are perhaps about to lose this advantage.”

Retailers whose shops are up to 800 square metres are now allowed to open, along with car and bicycle dealers, and bookstores, though they must practise strict social distancing and hygiene rules.

“If we show the greatest possible endurance and discipline at the beginning of this pandemic, we will be able to return to economic, social and public life more quickly and sustainably,” she said.

Turning to the EU’s response to the economic impact of the virus, Merkel said calls from some EU countries for common debt with common liabilities were not the right way to go.

“That would be a very difficult process, cost time and wouldn’t even help anyone in the current situation, since we need rapid-fire instruments to tackle the crisis,” Merkel said.

Instead, she called for a European economic package aimed at supporting an upswing in the coming two years. 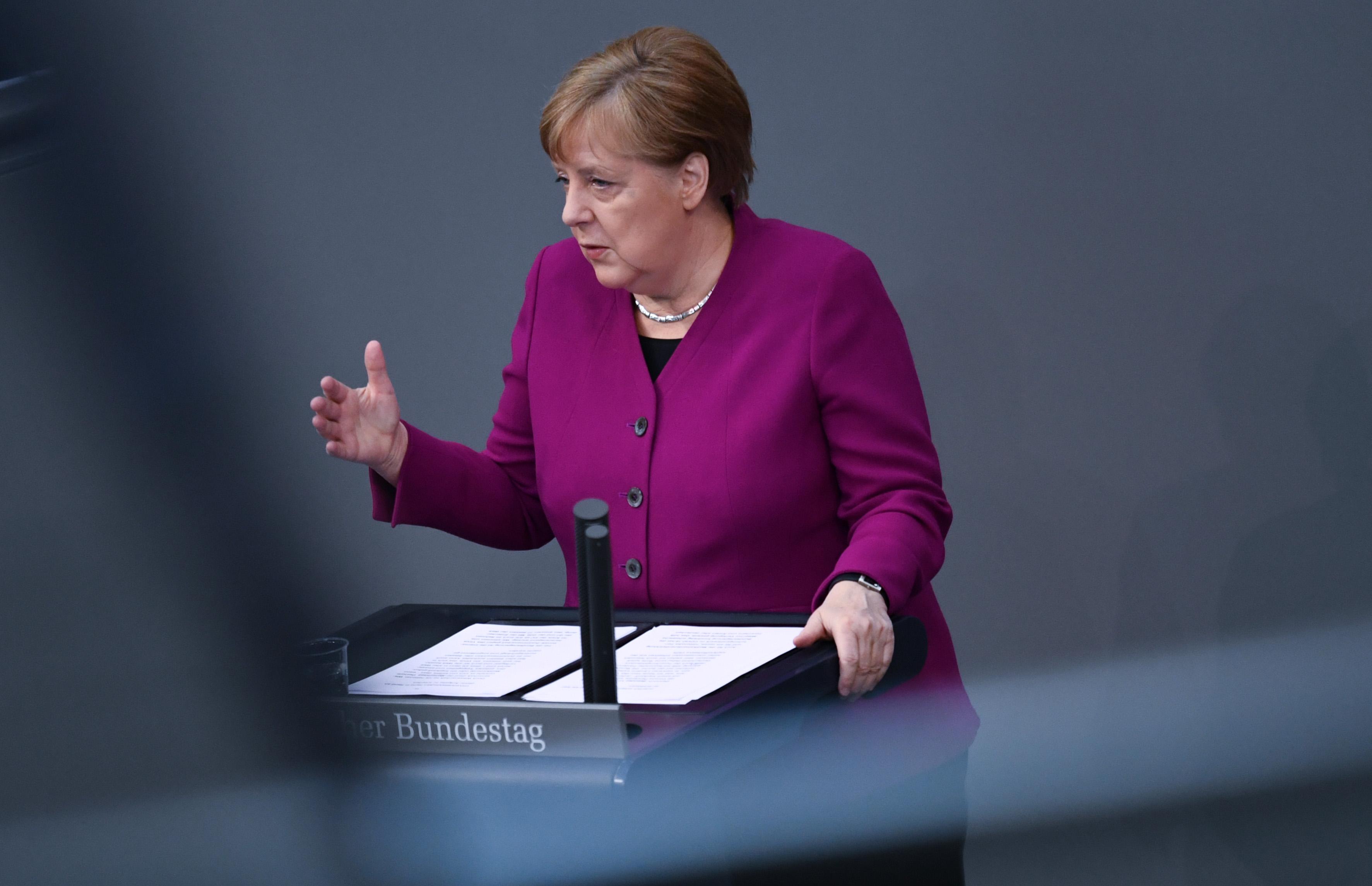 She said it was clear that “in the spirit of solidarity, we should be prepared, over a limited period of time, to make very different – meaning much higher – contributions to the EU budget.”

Germany is in a severe recession, according to the central bank, the Bundesbank.

The government has responded with measures including a 750-billion-euro ($810 billion) stimulus package.