In the Book of Genesis, Joseph is an important figure, who was reportedly sold into slavery by his jealous brothers, after his father gave him a stunning multicoloured coat, suggesting he would become the head of the family. But, Joseph rose to become vizier, the second most powerful man in Egypt, by structuring the agriculture and taxation procedures so that great storehouses of grain were utilised over the seven good years, with the result that there would be an abundance of food during the seven bad years. When the bad years came, there was a famine in his hometown and Joseph’s estranged brothers and his father Jacob made their way to bountiful Egypt, where they discovered to their great surprise that the despised brother was not only still alive, but both able and willing to save them and provide for them.

Said to have lived until the age of 110, Joseph made the children of Israel swear that when they left the land of Egypt they would take his bones with them to the Promised Land, and on his death, his body was embalmed and placed in a coffin in Egypt.

But, experts speaking during the “Patterns of Evidence” documentary revealed how an incredible discovery of a grand palace and statue in the eastern Delta of the Nile could reveal more to the story.

Egyptologist Dr David Rohl said in 2019: “Look at the evidence you’ve got here, right at the beginning at the heart of this community, at the end of the 12th Dynasty, we see a Syrian house appear.

“This type of house is found in North Syria, the area where Abraham (Joseph’s great grandfather) came from – it’s exactly the same style of house you would expect Jacob to build for himself in Egypt. 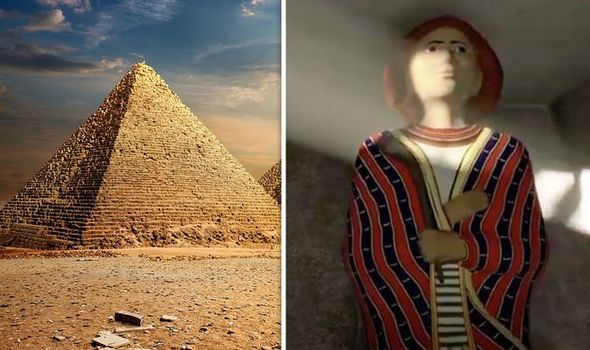 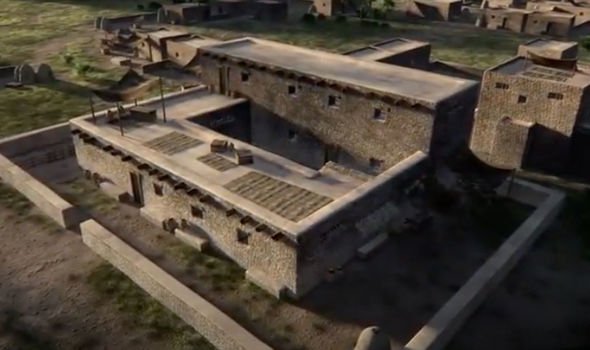 “After this house of Jacob is built, eventually it is flattened, and on top of it, an Egyptian palace is constructed.

“However, the occupant was not Egyptian, it had courtyards, colonnades, audience chambers, even a robing room, it obviously belonged to some high official of state who was very important.”

Dr Rohl revealed the evidence that this could have been dedicated to Joseph.

He added: “When somebody gets a palace like this given to them, it means they are being honoured for what they’ve done for the state.

“In the garden, behind the palace, the archaeologists found 12 main graves, with memorial chapels on top of them. 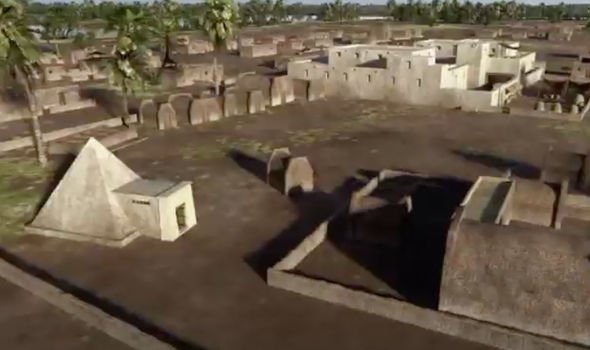 “Think about it, how many sons did Jacob have? How many tribes were there? 12.

Presenter Tim Mahoney revealed how an incredible statue was found on the grounds of the palace.

He said: “One of these 12 graves was very special because it was a pyramid tomb, this in itself is extraordinary because only Pharaohs and Queens had pyramid tombs at this time.

“Yet the person buried in this tomb was not a King, but he was honoured with a King’s burial. 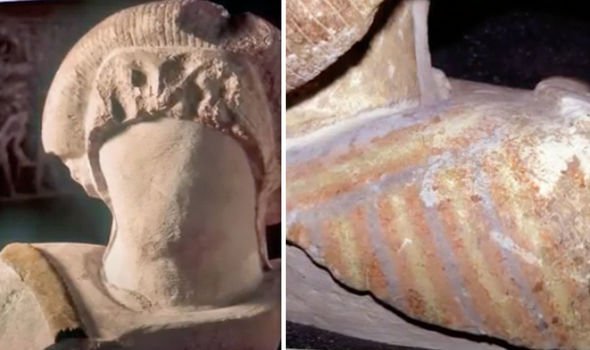 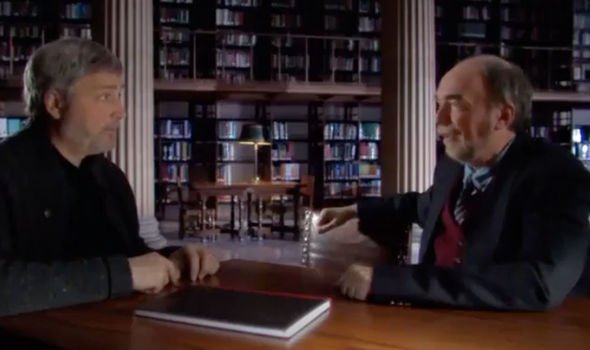 “Inside the chapel of the tomb was a statue, what we know from the statue is that this man had red hair, he had pale yellow skin, he had a throwing stick across his shoulder and on the back of his shoulder, we see the faintest remains of paint – coloured stripes from a multicoloured coat.”

Dr Rohl claimed all the evidence pointed to the story of Joseph.

He added: “That matches exactly with the story of Joseph in the Bible.

“The multicoloured coat was a gift which shows that he was the favourite of the Father.

“It almost becomes his insignia, this coat, it’s the thing we remember about him most of all, there is nothing else like this in the whole of Egyptian history.”

Another Egyptologist, Charles Aling, said it would be hard to suggest this tomb was made for anyone else.

He added: “It would not be unusual for a tomb to have a statue, but it’s unusual to have one this large, twice the size of a normal human being.

“This tells us that it was a very important person, of course, this is not a pharaoh’s tomb or palace, but the man who lived there, you can identify his nationality by looking at the fragments of the statue.

“Three things, the hairstyle he has, which we often call the mushroom hairstyle, the weapon he carries over his shoulder – a throwing stick – and the colouration of the skin, it’s yellow.

“All those things indicate that this would have been a Cyril Palestinian, either it is Joseph, or it’s somebody who has a career remarkably similar to him, it’s an incredible find.”