President says the government has proof veteran politician is still alive months after his kidnapping in late March. 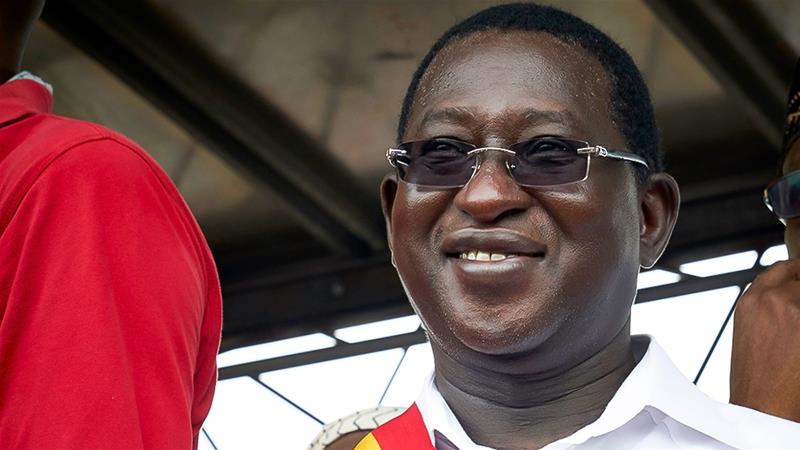 In a speech in the capital, Bamako, Keita said on Tuesday the government had proof that Cisse was still alive after months in captivity.

“We know who his captors are,” he said, without elaborating. “And if it pleases God, he will come back soon.”

Last month, Cisse’s family told Al Jazeera the government was “moving too slow” in securing the release of the 70-year-old, the runner-up in a 2018 presidential election and president of the Union for the Republic and Democracy party.

Unidentified gunmen seized Cisse on March 25 while he was campaigning in the restive Timbuktu region ahead of the May 29 vote.

Despite a years-long conflict raging in Mali, Cisse’s abduction was the first of a politician of his rank. Security officials have since said they suspect al-Qaeda-linked fighters of being behind the kidnapping.

Mali has been struggling to contain an armed campaign that began as a localised revolt in the country’s north in 2012 before spreading to the centre of the country and then to neighbouring Niger and Burkina Faso.

A French military intervention, military campaigns by national armies and one of the UN’s largest peacekeeping forces have failed to stem the violence, which killed 4,000 people in the three countries last year and displaced hundreds of thousands, according to UN figures.

The conflict has exacerbated ethnic tensions and local grievances over poverty and the absence of the state, giving rise to ethnic militias and bolstering support for armed groups, some of which are linked to al-Qaeda and the ISIL (ISIS) group.

Separately on Tuesday, Keita said he would hold talks on establishing a new unity government, after weeks of escalating criticism over the several crises besetting the country, including the worsening security situation.

Economic stagnation, faltering public services and a widespread perception of corrupt governance have also fed opposition to the president.

On June 5, tens of thousands of people rallied in Bamako, demanding Keita’s resignation over his perceived mismanagement of the country.

That protest was organised by a coalition of political opposition groups, which has since rebranded itself the “June 5” movement.

The rally also followed sporadic demonstrations last month over the outcome of the parliamentary elections, which Keita’s party won, as well as over coronavirus restrictions.

On Tuesday, Keita said he would “begin consultations for the formation of a government of national unity”, in an apparent overture to Mali’s political opposition.

He also suggested first steps towards reforming the constitutional court and the national parliament.