KUALA LUMPUR (Reuters) – Malaysian authorities are scrambling to track down about 2,000 Rohingya men who attended a Muslim religious gathering that has led to a big spike in coronavirus cases across Southeast Asia, a security source and two other people told Reuters. 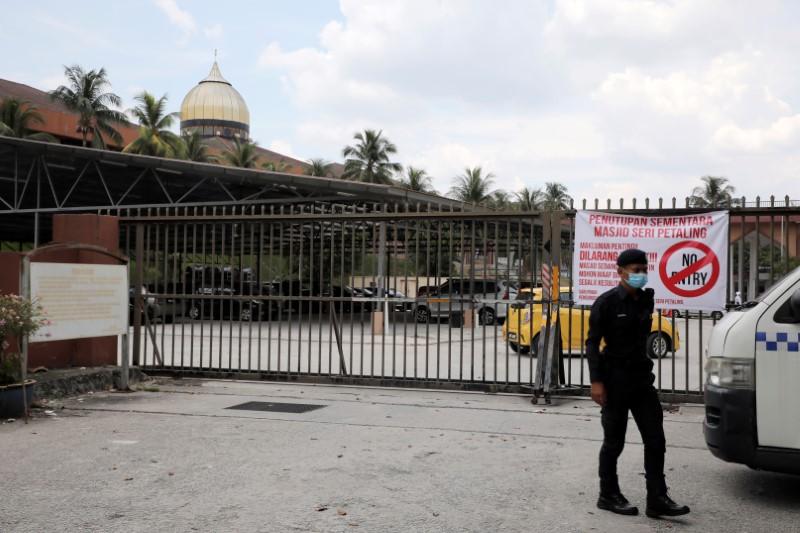 More than 100,000 Rohingya live in Malaysia after fleeing from Myanmar, but they are considered illegal immigrants. Their status would likely make many of them reluctant to identify themselves to get tested for the coronavirus even if they showed symptoms, other sources, in the Rohingya community, said.

Malaysia’s search for the Rohingya highlights the challenge for governments trying to track the virus among communities living without official papers and wary of authorities.

The religious gathering late last month at a mosque on the outskirts of the Malaysian capital of Kuala Lumpur was attended by some 16,000 people, including the Rohingya Muslims from Myanmar, one source said.

As well as the Rohingya, about 1,500 Muslims from across Asia attended.

Nearly 600 coronavirus cases in Southeast Asia have been linked to the gathering, including 513 in Malaysia, 61 in Brunei, 22 in Cambodia, at least five in Singapore and two in Thailand.

Malaysia has 790 coronavirus cases in all.

Malaysian authorities have been tracking down the participants but say they have been unable to find about 4,000 of them.

“They have gone back to their families across Malaysia, it has become difficult for us to contact them. Many are afraid of admitting that they attended, they fear they will get into problems with the authorities,” one of the sources, who works with the refugee community, said.

“The government is concerned that if they don’t come forward, the infection might spread further.”

The government had asked the police criminal investigation division to look for the missing participants, the security source said.

Police declined to comment and directed queries to the Malaysian National Security Council under the prime minister’s office. It could not immediately be reached for comment.

Malaysia implemented travel curbs and shut down non-essential businesses from Wednesday for two weeks to contain the coronavirus after the spike in cases linked to the mosque gathering. One person who attended the gathering died from COVID-19, the disease caused by the virus, this week.

Participants spent most of their time crowded into the mosque for the four-day event, but some went to restaurants, shopping malls and Kuala Lumpur’s landmark Petronas twin towers, according to Reuters interviews with people who attended and social media posts.

The United Nations High Commissioner for Refugees (UNHCR) in Malaysia told Reuters it had heard that refugees and asylum-seekers were at the gathering and it was working with the Ministry of Health to ensure that all refugee and asylum-seeking communities were included in government response measures.

“Refugees and asylum-seekers are advised to seek medical attention if they present symptoms of COVID-19 infection, regardless of whether they were present at events like the mentioned religious gathering,” UNHCR Malaysia said in an email.

The Ministry of Health did not respond to requests for comment.

A 39-year Rohingya father of four, who lives in the Malaysian state of Penang, said he spent days at the mosque event with nearly two dozen Rohingya friends. He said none of them was showing any symptoms and he went to a hospital but no test was done.

“Everything’s fine, no fever nothing,” the construction worker said. Reuters is withholding his name to protect his identity.

Salman, a Bangladeshi construction worker who lives near the mosque, said he and many other Bangladeshis went to the gathering. His coronavirus test was negative but the hospital calls him daily to check if he has symptoms, Salman said.

“When I went for testing, they didn’t ask for passport or work permit or any documents. They just asked for my name, age and address,” said Salman, who declined to give his full name.