The poll of 928 people, conducted by Harris Interactive for LCI television on April 20-21, showed that only 48 percent of the French have trust in the government’s ability to take “effective measures to halt the epidemic,” down 10 percentage points in one month. Fifty-seven percent said the government had failed to take “important measures” in the early days of the health crisis. The Harris Interactive poll echoed the results of another poll by Elabe also published on Wednesday, which found that just 42 percent of the French believe the government will do whatever it takes to stop the epidemic.

The poll of 1,000 people, conducted on April 20-21 for the news channel BFM TV, also found that 82 percent are “worried” about the deadly virus, in particular its rapid rate of spread.

But while the government is busy plotting the gradual unwinding of its strict lockdown against the epidemic, President Emmanuel Macron warned later on Wednesday that France would not return to normality overnight.

“The health situation is improving slowly but we cannot jeopardise the efforts made to end the outbreak by rushing the deconfinement.”

Mr Macron last week said France would start easing its coronavirus lockdown on May 11, insisting on the fact that the rollback would be slow and calculated.

Schools and some shops will gradually reopen, but cafés, cinemas and hotels will have to remain shut longer. 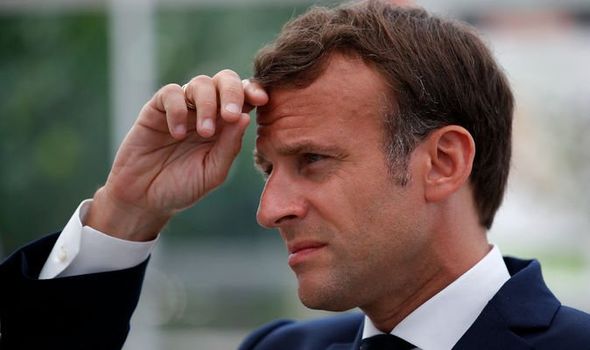 The number of people who have died from coronavirus infection in France increased by 544 to 21,340 on Wednesday, the fourth-highest tally in the world behind the United States, Italy and Spain.

The number of people in hospital with a coronavirus-related infection fell by 365 to 29,741, the eight consecutive fall and more than 2,300 patients less than the high of 32,113 recorded on April 13.

The number of patients in intensive care units – the most important measurement of a health system’s ability to deal with the epidemic – fell by 215 to 5,218, the 14th consecutive decline. There are now nearly 2,000 people less in ICUs from the high of 7,148 set on April 8.

In total, France currently has 155,860 confirmed or possible cases of coronavirus infection.

The flu-like virus, which is believed to have emerged from a wet market in central China late last year, has claimed at least 178,500 lives around the globe, according to a Reuters tally.