Vitali Klitschko served in the Ukraine conflict alongside his brother Wladimir Klitschko in order to protect Kyiv from Russian occupation after Vladimir Putin launched his invasion against the ex-Soviet state on February 24. Mr Peston spoke to the mayor on ITV’s political flagship programme Peston and asked: “Do you think the West needs to put more pressure on the Russian economy?”

The former boxer replied: “Yes, of course. Russia doesn’t use money from [trade] partners to invest in its economy, they invest to make their army much stronger.”

He added that economic sanctions on Russia are effective as “a very important leverage” in the conflict and has called for further support from the West.

He said: “Sanctions have a very important impact on Russia, and it is a very important leverage to pressure Russia [with] because Russia destroyed all international rules and made the biggest war in Europe since the Second World War.

“We need much more support, it’s simply not enough.” 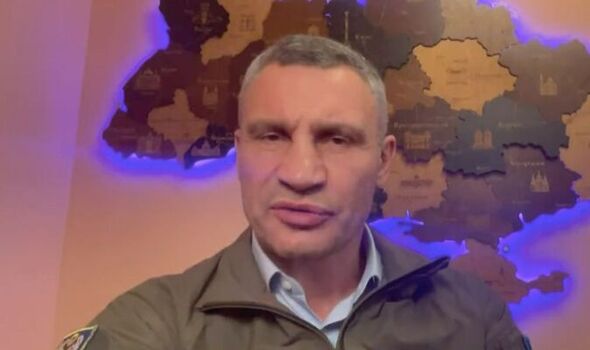 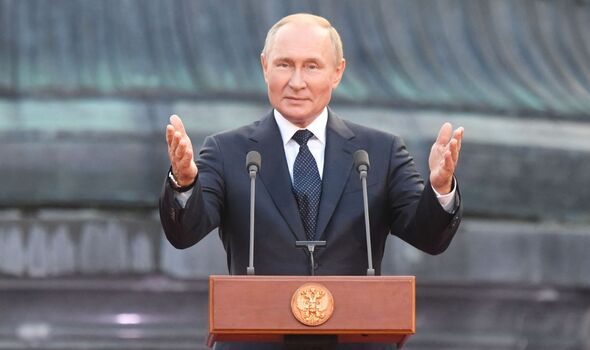 Klitschko’s comments on Peston come after the European Union approved another round of sanctions against Russia, making it the eighth set.

On Wednesday, the bloc said that the sanctions “extend the list of restricted items which might contribute to the Russian Federation’s military and technological enhancement or to the development of its defence and security sector”.

The sanctions pack sees a ban on imports from Russia of steel and steel products, wood pulp and paper, machinery and appliances, plastics, cigarettes, and intermediate chemicals. 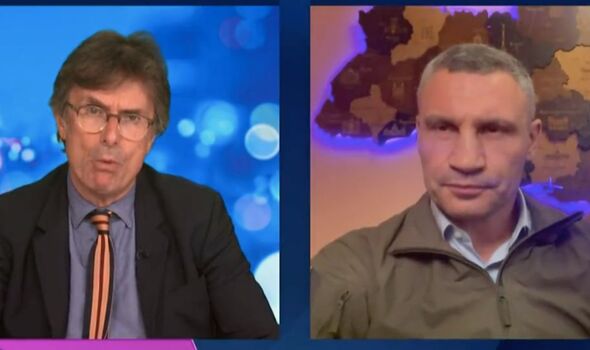 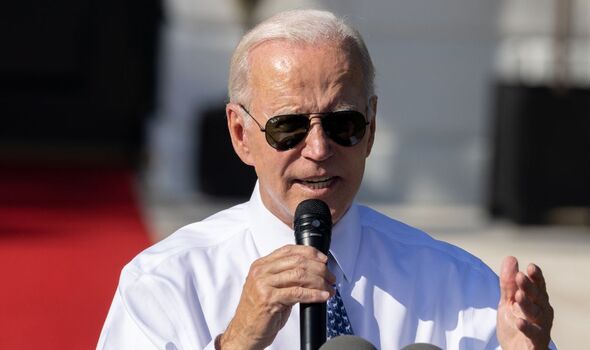 The export of specific chemical substances, nerve agents and goods that have “no practical use other than for capital punishment, torture or other cruel, inhuman or degrading treatment or punishment” have also been banned.

The sanctions aim to target those at the Russian Defence Ministry and those who played a role in the referendums which saw four regions of Ukraine annexed by Russia.

Klitschko went on to issue a call for further military aid in the form of weapons to be sent to Ukraine.

He told Peston: “I talk every day with military people, and they told us it is very important to have weapons.”

DON’T MISS:
Liz Truss gets party on her side as protest against PM backfires (INSIGHT)
Dad’s murder arrest for trying to save woman crushed by hotel wardrobe (REVEAL)
POLL: Has Liz Truss gone up in your estimation after speech?  (POLL)

On Tuesday, President Volodymyr Zelensky tweeted his thanks to US President Joe Biden for approving a new military aid package for Ukraine.

He said: “Thank you @POTUS for a substantial support for Ukraine, including a new $625million security assistance package! As usual, we had a meaningful phone call today.

“Our victories within the ongoing defence operation are a joint success of Ukraine, USA and the entire free world.”

However, the mayor of Kyiv warned: “It is not enough until we liberate our territories fully from the Russians.”