North Korean despot Kim Jong-un has been the subject of wild speculation, with the Hermit Kingdom leader’s absence from public life sparking fears he was severely unwell, or even dead. But after footage of the dictator appearing alive and well emerged late on Friday, US leader Donald Trump added to the uncertainty when probed for an update from reporters. Asked about the situation he said: “We will have something to say about it at the appropriate time.”

Great Big Lockdown Survey: Tell us what life’s like for you by answering THESE questions!

Pressed by the media, the Republican firebrand simply said: “I do not want to talk about it.”

The recent state media-released footage of Kim showed the dictator surrounded by aides and appearing confident at a gleaming fertiliser factory.

The location is believed by outside experts to be part of a secret nuclear-weapons programme. 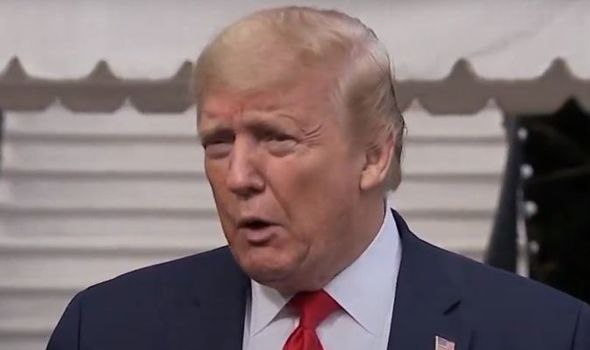 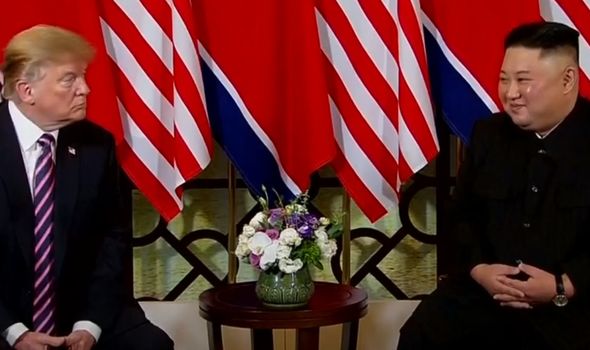 Speculation was rife over the whereabouts and health of Kim, with some reports claiming he was in hiding over coronavirus fears.

The despot did not appear at commemorations for the anniversary of his grandfather’s birth, one of the most important dates in the North Korean calendar.

The wild theories ranged from the outlandish and bizarre to the downright implausible.

Among one of the more far-fetched was a claim Kim had been severely wounded in a failed missile test last month.

Mr Chang told Fox News the North Korean dictator could have been wounded or killed on April 14.

He explained a missile launch went ahead on this date, citing North Korea’s decision to break protocol as a cause for concern.

Mr Chang said: “There is another report which has some circumstantial evidence to support it.

“That is that there was an accident on April 14 when North Korea launched a barrage of cruise missiles.

“Kim was on-scene and was wounded.”