The black box and cockpit recorder have been found from a passenger plane that split in two after it crash landed in Kerala, killing at least 18 people.

The Air India Express flight was landing in heavy rain near the city of Kozhikode, when it overshot the runway at Calicut International Airport and fell into a deep gorge on Friday.

The plane, which had 184 people including 10 children on board, landed on what is known as a “table top” runway after coming in from Dubai on a repatriation flight.

Police in India said 127 people were injured – and at least 15 of them are in a critical condition.

An investigation into the crash is under way, which is expected to examine whether the runway, the aircraft and the inclement weather played a part.

A similar tragedy at the same airport was narrowly avoided last year and the Press Trust of India news agency reported that the country’s aviation regulator had sought an explanation from the director of the airport in 2019 on finding “various critical safety lapses”, including cracks in the runway and water stagnation.

The runway meets United Nations (UN) civil aviation requirements, but the UN agency in charge of regulations recommends a buffer that is 150 metres longer than the airport, according to chief executive of the Aviation Safety Network Harro Ranter.

Rajiv Jain, a spokesman for the civil aviation ministry, added there were five cabin crew on board the aircraft 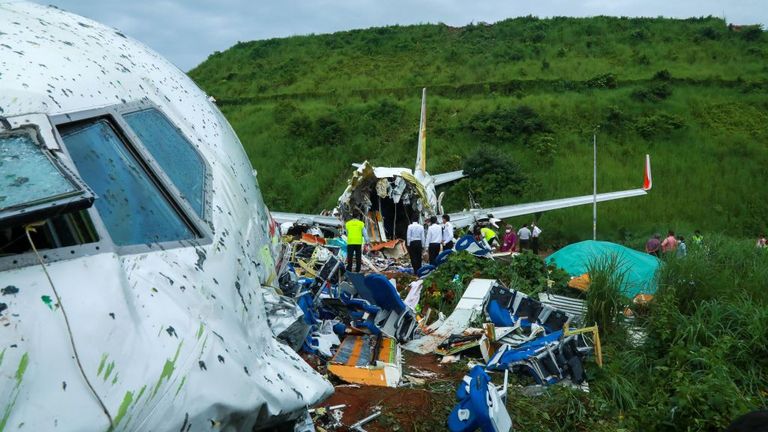 Indian Home Minister Amit Shah said in a tweet that he was “distressed to learn about the tragic accident of Air India Express aircraft” at Calicut.

The incident took place at around 7.38pm local time during very heavy rainfall in the area. 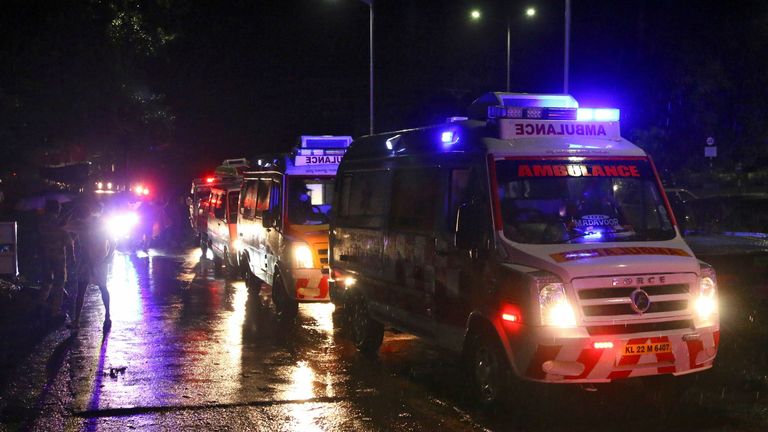 The flight was operated by the government to bring Indians home during international travel restrictions due to coronavirus.

Air India Express is a subsidiary of Air India.

An inquiry will be conducted by the ministry’s Aircraft Accident Investigation Bureau.

Prime Minister Narendra Modi tweeted that he was “pained by the plane accident in Kozhikode,” and that he had spoken to Kerala’s top elected official.

The worst air disaster in India was on 12 November 1996, when a Saudi Arabian Airlines flight collided midair with a Kazakhastan Airlines Flight near Charki Dadri in Haryana state, killing all 349 on board the two planes.