Peta (People for the Ethical Treatment of Animals) said it had written to Moss, telling her the “only hope of staying relevant in today’s fur-free fashion world” would be to do the same.

The group also said it would stop using its poster that shows her apparently in a Saint Laurent fox coat alongside a picture of a captive fox.

The caption read: “Who wore it best?” 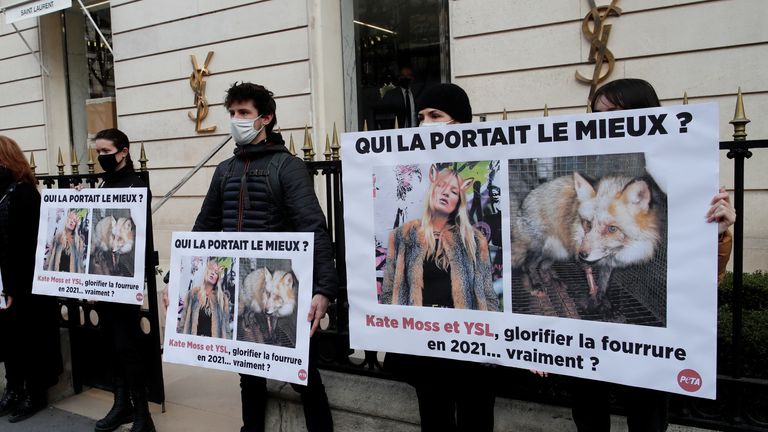 Moss, 47, who fronted Saint Laurent’s spring campaign this year, has so far not commented.

“Young people today don’t want to buy clothing made from the skins of animals who suffered in filthy, cramped cages for their entire miserable lives,” said Peta vice-president Mimi Bekhechi.

“Peta would be happy to help Kate swear off fur by taking her old coats off her hands.”

Another of the group’s brands, Gucci, stopped using fur in 2018, and the announcement means Alexander McQueen will also be fur-free.

Kering boss and multi-billionaire François-Henri Pinault said in a statement: “When it comes to animal welfare, our Group has always demonstrated its willingness to improve practices within its own supply chain and the luxury sector in general.

“The time has now come to take a further step forward by ending the use of fur in all our collections.

“The world has changed, along with our clients, and luxury naturally needs to adapt to that.”

Mariah Carey and Kim Cattrall are among stars who have donated to Peta’s amnesty programme, which uses fur clothing for education and sends it to wildlife sanctuaries for bedding for orphaned animals.