Kamala Harris will be making history on Wednesday by becoming the very first black person to become Vice President of the United States. Her husband, Douglas Emhoff, has been by her side throughout her successful career in politics. Who is Douglas Emhoff?

Harris will be second-in-command to the new US President Joe Biden.

He had previously announced that Harris would be his Vice President, if he were to win the election. 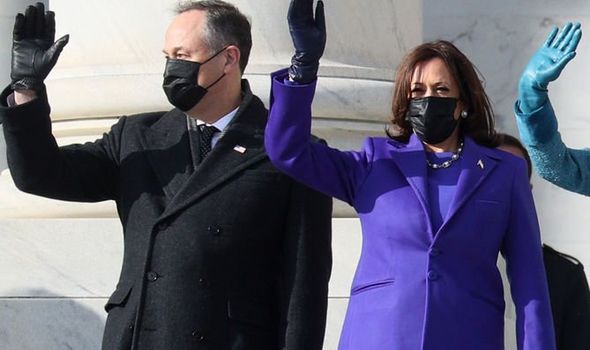 Who is Kamala Harris’s husband?

The 56-year-old has worked with a number of legal firms and was most recently a partner at DLA Piper.

The pair got married on August 22 2014, and the wedding was officiated by Harris’s sister, Maya.

Emhoff will also be making history on Wednesday, as he becomes the first Jewish spouse of a Vice-President.

Emhoff was born on October 13 1964, and is just seven days older than his wife.

He was born in Brooklyn, New York City, where he lived for a few years before moving to New Jersey.

The new Second Gentleman moved to California as a teenager, and attended the California State University.

He subsequently studied at the University of Southern California Gould School of Law, to earn his law degree. 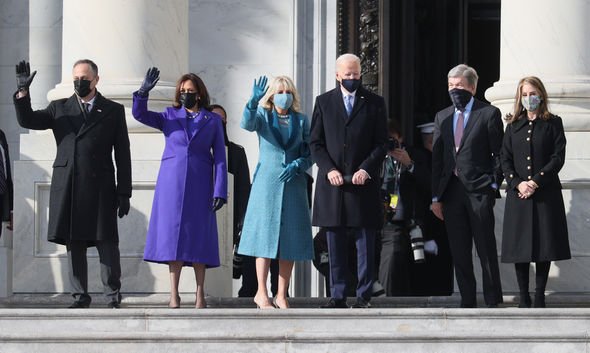 Emhoff first met Harris on a blind date, which was set up by her best friend.

The had a great first date, and the next morning, Emhoff wrote to Harris in an email: “I’m too old to play games or hide the ball. I really like you, and I want to see if we can make this work.”

They were married within 12 months, in a civil ceremony at the Santa Barbara courthouse.

Prior to his marriage to Harris, Emhoff was previously married to Kerstin Emhoff, and they had two children.

Ahead of the inauguration, Emhoff tweeted his thanks to friends and family for the Biden/Harris campaign.

“As tomorrow approaches and I prepare to take on the role of @SecondGentleman, I have a growing sense of responsibility.

“But I know we wouldn’t be here without the support of so many—family, friends, and beyond.

“Thank you for being in our corner as we take on this next chapter.”