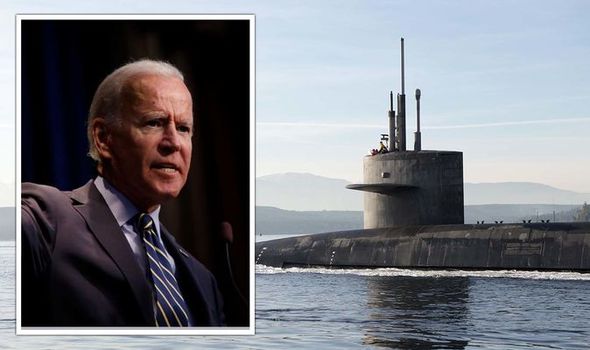 The USS Nevada – one of the most powerful weapons in the US Navy’s arsenal which can carry up to 20 ballistic missiles as well as nuclear warheads – sailed into the port at Guam over the weekend.

The visit was the first time a ballistic missile submarine had called at the US Pacific island territory since 2016 and only the second announced visit in over four decades, according to CNN.

In a statement, the US Navy said the visit “strengthens cooperation between the United States and allies in the region, demonstrating US capability, flexibility, readiness, and continuing commitment to Indo-Pacific regional security and stability.”

The visit comes as relations between Washington and Beijing continue to worsen over the status of Taiwan, with the US backing the island’s sovereignty while China firmly claims it is part of its territory.

Taiwan has been a source of tension for China since the island gained independence in 1949, when a separate government was established following the Chinese Civil War. Beijing has long since vowed it will reunite the two, but Taiwan remains an important ally for Western countries.

Fears over war in the region have heightened in recent months. In December, the US and Japan drafted an emergency military plan to prepare for a potential conflict between China and Taiwan, with the Pentagon warning China was likely preparing to invade the island.

A Chinese nuclear-powered submarine was spotted in the Taiwan Strait on satellite imagery in the same month, sparking fears that Beijing could be gearing up for war in the contested region of the South China Sea.

China has said it would take “drastic measures” to maintain its grip on Taiwan, while President Biden has previously stated he would protect the island from invasion.

The movements of US ballistic missile submarines – often called boomers – are highly secretive.

The ships can remain submerged for months at a time meaning that sightings are extremely rare, making the openness of the USS Nevada’s visit to Guam a clear signal of US military strength in response to heightening tensions in the Indo-Pacific region.

China’s estimated fleet of six ballistic missile submarines is dwarfed by the US Navy’s 14 vessels and do not have the same capabilities of US boomers, according to 2021 analysis by the Center for Strategic and International Studies in the US.

The US flexed its military muscle in October last year when the Pentagon confirmed it had been testing hypersonic missiles that could strike China.

Addressing a town hall event organised by CNN, President Biden said that “China, Russia and the rest of the world knows we’re the most powerful military in the history of the world.”

He reassured Taiwan that they did not have to “worry about whether they’re going to be more powerful” if China were to invade.

However, Beijing has continued to assert its dominance in the region in recent months, building multiple military bases near to Taiwan.

China has also repeatedly flown huge numbers of warplanes into Taiwan’s airspace in recent years. In January last year, a total of 15 Chinese aircraft, including 12 fighter jets, entered the southern part of Taiwan and the Pratas Island, a district of Taiwan.

The displays sparked fears among the international community that China could be readying itself for an attack.