It’s a job that’s both delicate and complex, with little room for error.

He has a big job on his hands.

Painted in 1952, four years before Pollock’s death, it’s arguably his greatest work and has rarely been off display since the National Gallery of Australia opened. So the institution’s closure due to COVID-19 has provided a rare opportunity to begin unprecedented conservation efforts.

It’s an ambitious task and the largest project of its kind undertaken on the 68-year-old painting, not only to lay the groundwork for future treatment, but to also learn about what was going through Pollock’s mind when he created it. 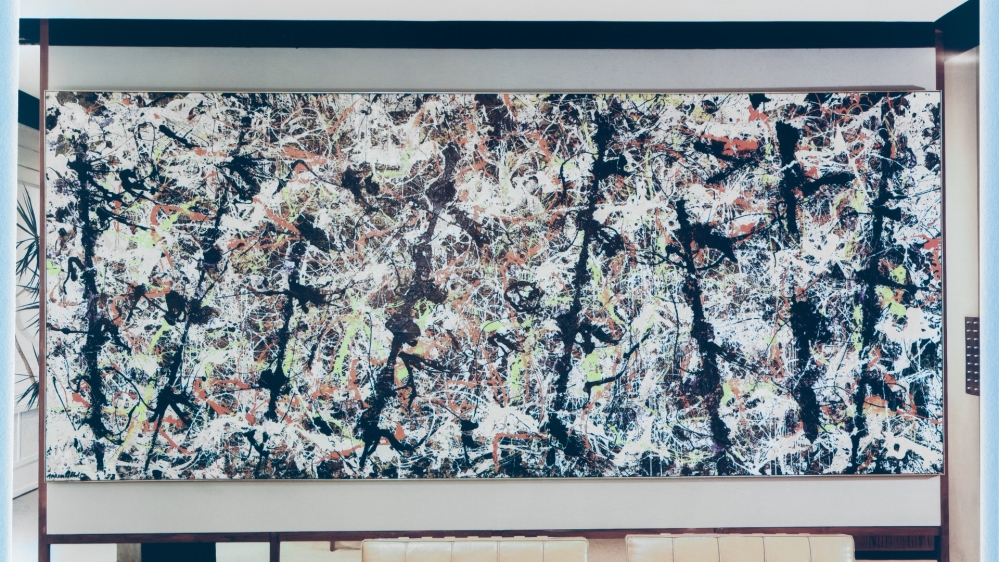 Pollock is considered one of the great American painters – a pioneer of what’s known as “action painting” and a founder of abstract expressionism.

He would channel his unconscious and throw paint on the canvas in what some might consider a kind of controlled chaos. His techniques were unconventional for the time, steering away from traditional products and instead using industrial house paints and enamels.

Woven into ‘Blue Poles’ are chards of glass, pieces of cardboard and even metal staples and screws, making conservation efforts all the more fascinating.

“We know much more about how the artist made the work from looking at the different layers and being able to digitally pull them apart,” said Nick Mitzevich, director of the National Gallery of Australia (NGA).

“He delves into colour and uses the expression of his body and gestures in the way that he applies the paint without the brush to create a canvas that draws you in, that’s full of lusciousness and full of depth.”

Ultraviolet and infra-red lights are being used to digitally peel away some of its layers, making it easier to study what’s beneath them. The national gallery regards it as one of the most important paintings to come out of the twentieth century.

“Jackson Pollock was really known for breaking out of the history of painting where representation was an important element,” Mitzevich said.

“He wanted to create pictures about colour, about sensation and he moved towards an abstract approach to his work.

“Blue Poles embodies everything that the abstract movement was trying to do, it was about passion, about expression, and about moving from representation of a painting to something that was about the emotions. It was a work of great innovation and it changed the course of art history (in Australia), it moved the centre of art making from Europe to America and it was one of the finest examples.” 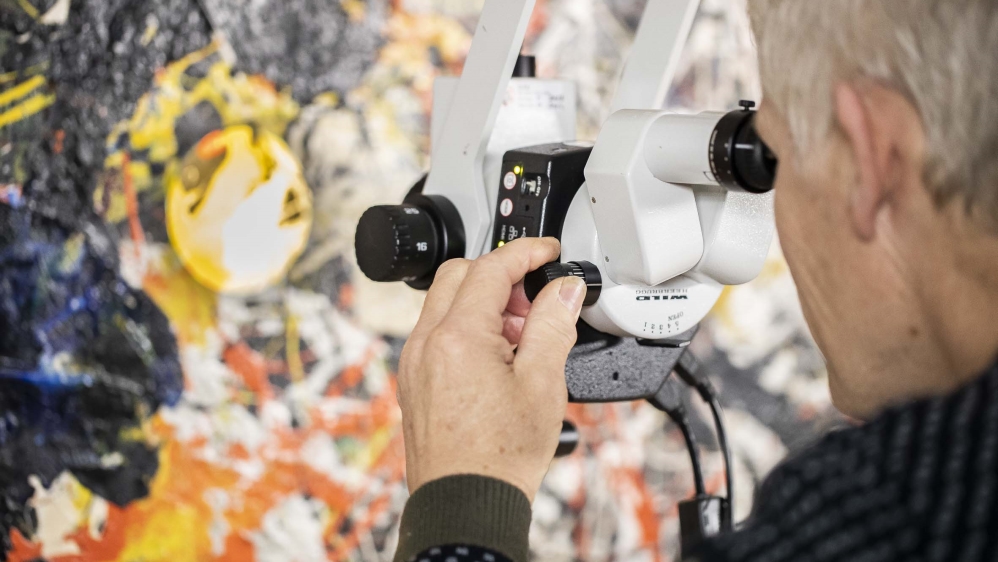 It’s purchase in 1973 by then gallery director James Mollison caused huge controversy, and nearly brought down the government of the day.

While it marked a shift in the nation’s art acquisitions from Europe to the United States, and brought a wave of excitement to the nation, it also divided public opinion over its huge price tag.

Under the approval of then Prime Minister, Gough Whitlam, it was bought for $2m – the highest price paid for a work of contemporary American art at the time, and a record held for the next decade.

“When the National Gallery was established in the late 60s it had the job to build a national collection, both celebrating the best of Australian art and the best of the world,” Mitzevich said.

“Up to that point, Australian collections were drawing heavily from European art practices and so to deviate from that was in itself quite bold. To collect a 1950s abstract artwork was considered unthinkable but James Mollison wanted to collect a group of works that reflected what was happening in the world during the 20th century and Blue Poles was a key work.”

And it paid off. Estimates of its current value now reach up to $350m.

People are slowly returning to the gallery as restrictions on public gatherings ease, but the conservation work on Blue Poles will continue for several months.

Public viewings will allow people to watch the conservation work up close, which will hopefully protect it for future generations to enjoy.