MEXICO CITY (Reuters) – Shoved to the ground, splashed with bleach or glared at on public transportation, health workers face a growing tide of hostility across Latin America for potentially spreading COVID-19. 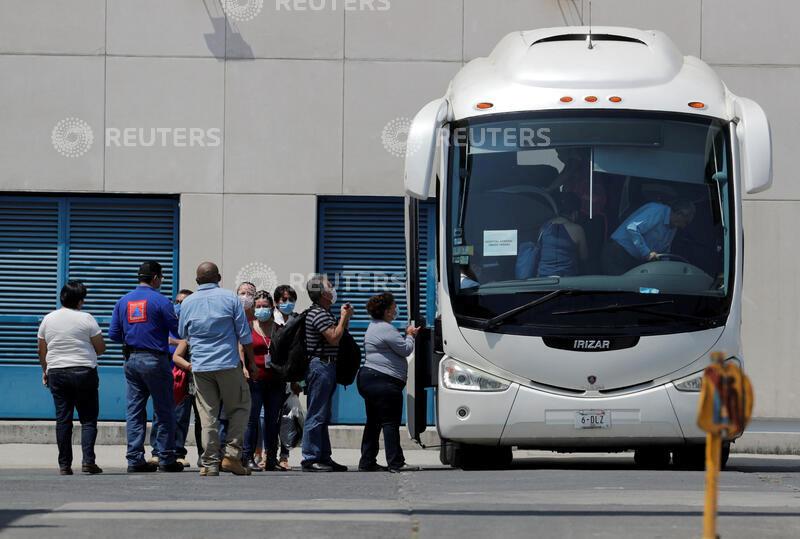 For Sandra Aleman, a nurse in the city of San Luis Potosi in central Mexico, the attack began when a group of children sprayed juice and soda on her white uniform, shouting, “It’s Covid! Stay away from us!”

Aleman was then hit in the face by a woman who she believes was their mother, making her crumple to the ground.

“Trying to defend myself for proudly wearing my white uniform, I broke two fingers on my right hand. I can no longer do my job,” she told Reuters, adding that she had not, in fact, treated any patients with COVID-19, the disease caused by coronavirus.

Reuters spoke to 16 nurses and health workers with similar stories of hostility and aggression across Latin America, even as they are publicly lauded as heroes, fighting the virus with limited resources.

So far, more than 72,000 people have been infected and 3,241 people have died from the pandemic in the region.

“We couldn’t do anything without health workers,” Mexico’s President Andres Manuel Lopez Obrador said on Monday, echoing other officials’ condemnation of the attacks.

“I respectfully urge the whole population to take care of health workers, to respect them, to love them.”

Nurses represent 80% of the staff in Latin America’s public hospitals, according to medical unions, making them indispensable in the response to the pandemic, which has infected more than 2 million people worldwide.

In Colombia’s capital of Bogota, home to nearly half of the country’s 2,979 people with coronavirus, anesthesiologist Santiago Osorio, 36, said he can no longer use elevators or common areas at his apartment on orders from the building administration, which is concerned he could infect the neighbors.

“I have to climb the six floors by stairs to get home,” Osorio said.

Maria Jose Colina, a doctor and spokeswoman for the Argentina Integral Network of Doctors, said several colleagues have received aggressive messages and comments, including threats, even at their homes.

Obstetrician Leandro Goñi said neighbors near his Buenos Aires office said he should close because his practice was putting them at risk.

He responded with a letter outlining the precautionary measures he had taken, including only receiving women close to giving birth.

“I kept getting messages saying that they didn’t care, that the letter didn’t mean anything, that I had to formally close, and that if I didn’t do it, they would use the force of the law to make me,” Goñi said.

In some parts of Panama and Chile, drivers have banned nurses from public transportation. In areas where they allow them, other passengers often give them dirty looks and move away, medical groups say.

Mexico’s National Board to Prevent Discrimination said it has received 12 complaints from health workers related to coronavirus since March 19, nine of which reported discrimination, insults or threats.

Additionally Edith Mujica, president of the Inter-Institutional Commission of Nurses in the state of Jalisco in western Mexico, said at least six nurses have reported discrimination and aggressive behavior.

According to Mujica, neighbors of one female nurse threw bleach and water at her when she arrived home last month, saying it was so she could “disinfect.”

Apart from health workers, discrimination has also affected people who acknowledge testing positive for the virus.

Television producer Rodrigo Fragoso in Mexico City said his neighbors started to splash bleach on his front door after he posted on social media that he had tested positive. They even stopped his family and friends from dropping off food and water, he said.

Fragoso said he finally filed a complaint with authorities, and his neighbors apologized.

“It was ignorance, worry and collective panic,” he said. “In a certain way, they wanted to protect their families, just in the wrong way.”