ROME (Reuters) – Italian health officials warned on Tuesday it was too soon to consider lifting lockdown restrictions, saying a deceleration in new cases of coronavirus should not raise hopes that the crisis was near an end. 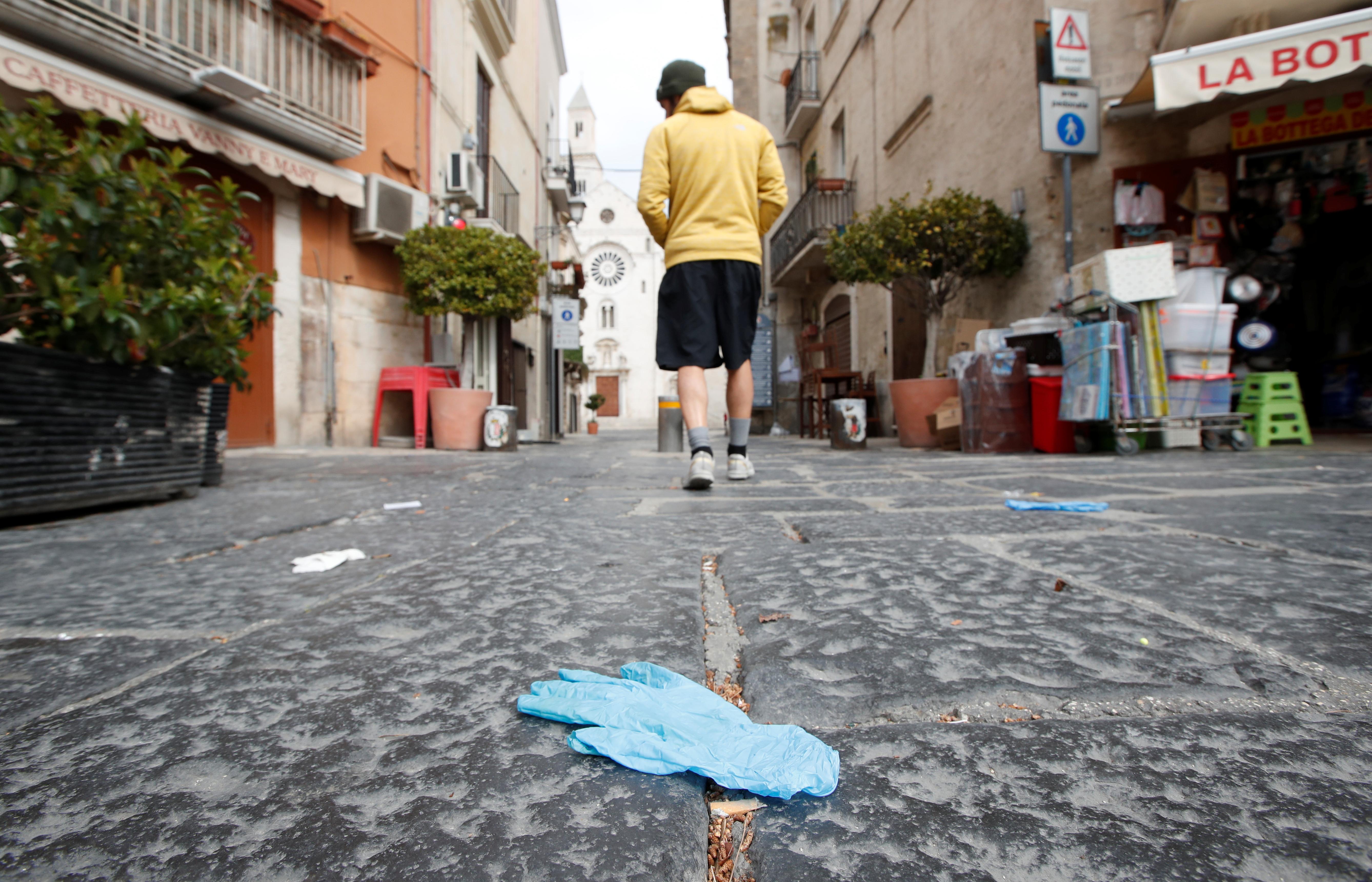 The government announced on Monday that curbs on movement and business activities introduced nationwide on March 9 would stay in place until at least the Easter holidays in mid-April.

Politicians fear it will be hard to keep people penned up in their houses much beyond that date, especially as the daily medical bulletins start to improve, but doctors on the frontline of the fight against the disease urged caution.

“Today, official sources are suggesting that perhaps we can (lift restrictions) after Easter … It seems to me highly unrealistic to think this nightmare will end by then,” said Guido Marinoni, head of the doctors’ association in Bergamo, the northern city at the epicenter of Italy’s epidemic.

“If we let work resume (too soon), it will reignite the outbreak and the fire will return. This will cause devastating damage, not only for people but also for the whole economy,” he told a group of foreign reporters.

After days of steep rises in cases, the data this week has suggested the pace of growth is slowing, with new infections coming in at 4,053 on Tuesday – some 1,200 less than the daily rate recorded a week ago. Deaths have remained largely steady at over 800 a day.

“The sacrifices and effort we have made are beginning to bear fruit,” Giulio Gallera, the top health official in the northern region of Lombardy, told reporters, adding that there might be a gradual reopening after April 15.

In an effort to make the lockdown more bearable for families, the government said on Tuesday that parents would be allowed to take their children out for short walks around the block, although parks will remain closed.

Italy was the first Western country to introduce swingeing restrictions on movement after uncovering the outbreak almost six weeks ago. It has tightened them week by week, banning all but core strategic activities, while shuttering restaurants, most shops, schools and universities.

The fragile Italian economy is expected to be plunged into a deep recession by the virus, with investment bank Goldman Sachs forecasting a contraction of 11.6%. This is putting huge pressure on the government to get business back up and running.

Industry Minister Stefano Patuanelli said on Tuesday that work restrictions would probably be lifted on a sector-by-sector basis, rather than on a geographical basis.

“Things will have to be reopened in stages, when people’s safety can be guaranteed. Today it is too early to do a timeline analysis. I think it will take a few more weeks before we get anywhere,” he told Radio 24.

Urging against complacency, Silvio Brusaferro, the head of the national health institute ISS, said it was vital to reduce the rate of infection – the number of people each coronavirus sufferer themselves infect.

At the start of the epidemic, the number was as high as four in Lombardy. It has now sunk to around one.

“The ideal is to go to zero … but reaching zero will be quite difficult until we get the vaccine,” Brusaferro told a news conference, adding that in the meantime Italy needed to aim for a level of around 0.5, or below. 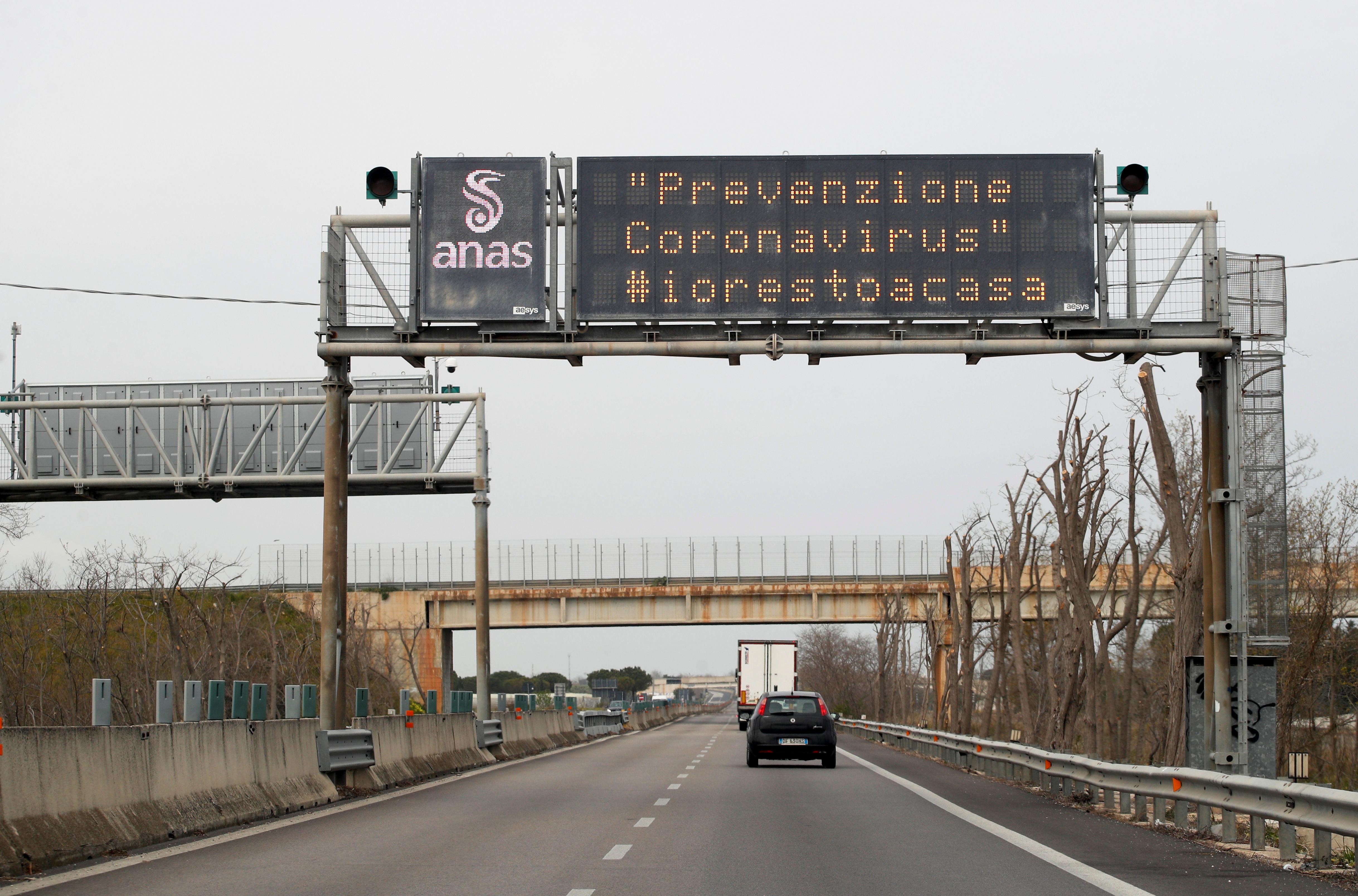 However, it might take weeks to reach that point, making it hard for the government to reopen bars, cafes, cinemas and theaters where social distancing is difficult to patrol.

“We must avoid any measure that causes the curve (of cases) to climb again,” said Brusaferro, adding that Italy was in a tough position because it was the first Western country to be hit by the virus so was plotting a path for others to follow.

“There are no studies or literature on this … We are looking into scenarios that have never been taken before by countries that resemble Italy. Other nations are looking at us as a pilot program,” he said.