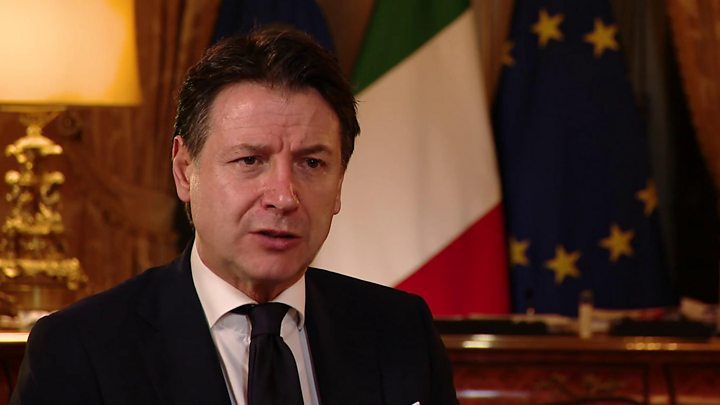 Italy’s prime minister has told the BBC that the European Union risks failing as a project in the coronavirus crisis.

Giuseppe Conte says the EU must act in an adequate and coordinated way to help countries worst hit by the outbreak.

Mr Conte says the European Union needs to rise to the challenge of what he calls s the biggest test since the Second World War.

This was his first interview with the UK broadcast media since the pandemic exploded in Italy seven weeks ago.

He was speaking as Italy and some other EU countries try to push more frugal members of the bloc to issue so-called “corona bonds” – sharing debt that all EU nations would help to pay off. The Netherlands in particular has opposed the idea, leading to a clash between finance ministers of the Eurozone. 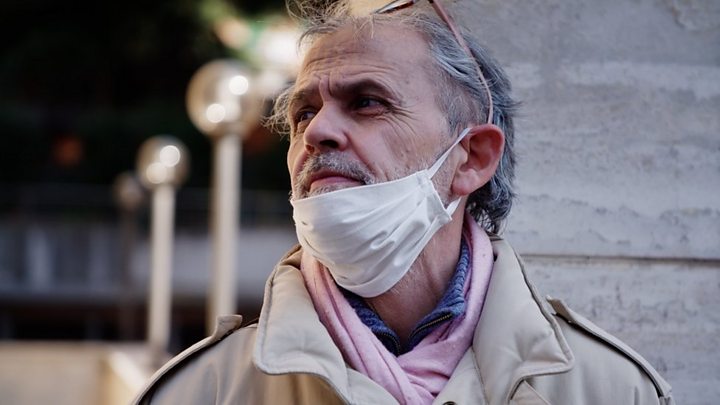 The Italian prime minister told the BBC that Europe’s leaders were “facing an appointment with history” that they could not miss.

“If we do not seize the opportunity to put new life into the European project, the risk of failure is real.”

The infection rate in Italy is slowing – the latest figures show positive cases increasing from the previous day by a little over 1%. Two weeks ago, the rise was 7%.

The death toll too shows signs of falling, from 919 a fortnight ago to 542 fatalities in the past 24 hours. But Giuseppe Conte warned Italy not to lower its guard and said that the national lockdown, imposed on 9 March, could only be eased gradually.

“We need to pick sectors that can restart their activity. If scientists confirm it, we might begin to relax some measures already by the end of this month.”

Mr Conte has won plaudits for his government’s handling of the crisis – a recent poll by Demos showed his approval rating surging from 46% to 71%. But critics contend that the restrictions announced in the first few days were slow and piecemeal.

He initially resisted a push by some politicians in Lombardy, the northern region worst hit by the outbreak, to impose tighter measures more quickly. When a delegation from the Chinese Red Cross came to Milan in mid-March, they lambasted what they saw as Italy’s lax lockdown.

But the prime minister defended his government’s action.

“Going back, I would do the same”, he said. “We have a completely different system to China. For us to severely limit constitutional freedoms was a critical decision that we had to consider very carefully. If I had suggested a lockdown or limits on constitutional rights at the start, when there were the first clusters, people would have taken me for a madman.”

Italy maintains that one of the reasons behind the large number of cases here is that it has performed more tests than many other western countries.

While Britain is now averaging around 14,000 tests per day, Italy’s testing level is around double that figure. In the past day, it has carried out more than 50,000 tests.

Mr Conte refused to criticise directly any other country for testing too lightly – but he compared it to “coping with the situation in the dark”.

The slowing of the infection rate is gradually easing pressure in intensive care units, though in Lombardy and some other areas, they remain close to capacity.

And the toll on Italy’s medics has been immense – nearly 100 doctors have died.

Providing some backup have been countries including China, Cuba and Russia, which have sent medical teams and supplies.

Moscow has capitalised on the initiative for its public relations, adding a message “from Russia with love” to the plane of equipment. Russian state television broadcasting footage of an Italian man replacing an EU flag with a Russian one.

“The mere insinuation offends me deeply”, he said. “It’s an offence to the Italian government… and also to Vladimir Putin, who would never dream of using this as leverage.”

The fact is that Italy needs all the friends it can get at the moment, with latest forecasts suggesting the outbreak will lead its economy to contract by more than 11% and national debt to rise to unsustainable levels.

The prime minister called it an “economic and social emergency” that was testing the financial structure of every country. In southern Italy, there have been isolated cases of supermarkets being raided. Four weeks into the nationwide lockdown, patience is being tested.

And as this crisis grinds on, Italians are growing exhausted with the daily loss of hundreds of lives. There may be hope that the worst of the outbreak is behind them – but it will take a generation to recover.

“I feel the pain of the gaping wound that this nation is experiencing”, Mr Conte said. “Behind the numbers are names and surnames, life stories and broken families. The Italian nation is suffering.”