Israel has resumed heavy bombardment of Gaza in response to more rocket attacks from the Hamas-run enclave. The country claims there have been no ground assaults in Gaza despite dispatching ground troops. Fears of incursion have prompted Palestinian civilians to flee to the border. According to the latest reports more than 119 people have died since the violence escalated on Monday – but will World War 3 break out in the region?

The deadly conflict in Israel intensified further on Friday after Israel Defence Forces joined the attacks on the Gaza Strip.

Israel has not yet entered the enclave but the army has drawn up ground operation plans as mob violence escalates.

In a statement, the military said: “[Israel Defense Forces] air and ground troops are currently attacking in the Gaza Strip.”

The Israel military said tank and artillery units on Israel’s side of the border joined around 160 aircraft to bombard the Hamas-run region. 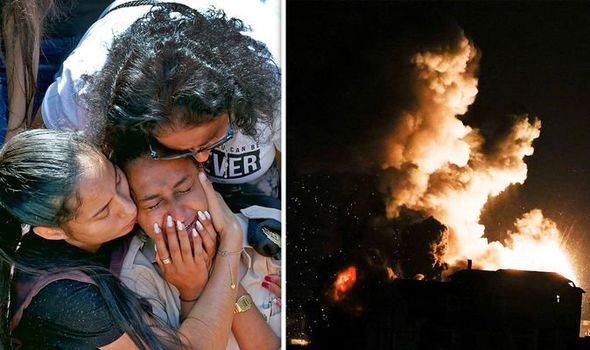 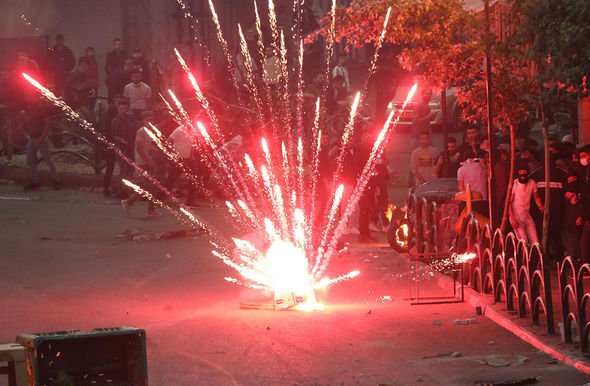 “We are doing that, and we will continue to do that with heavy force.”

Defence Minister Benny Gantz ordered a “massive reinforcement” of security forces to suppress the internal unrest that has seen more than 400 people arrested.

The UN Security Council is due to discuss the worsening violence between Israel and Palestinian militants on Sunday. 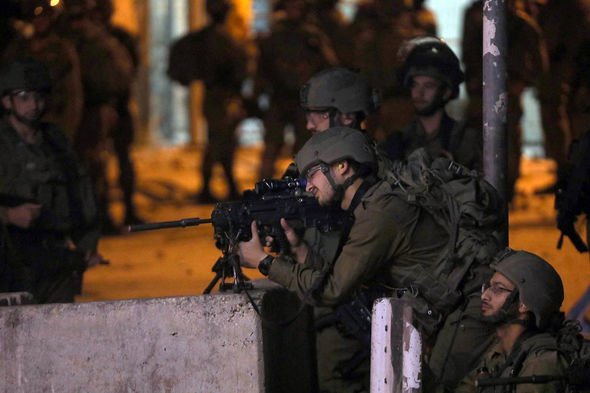 At least 119 Palestinians have reportedly died since exchanges began on Monday, including 28 children and 15 women, and there have been 830 injuries, according to Gaza’s health ministry.

Palestinian militants have said 20 of their fighters are among the dead.

However, Israeli officials claim this figure is actually much higher.

Israel authorities claim eight Israelis have been killed, including two children and one soldier.

The deadliest day of the recent conflict came on Thursday, May 13; the final day of Eid-al-Fitr, the event which marks the end of Ramadan.

Almost half of deaths confirmed since the violence began happened on Thursday. 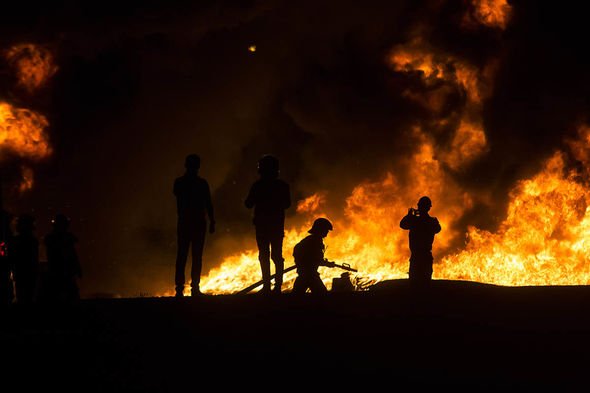 As the fifth day of hostilities continue on Friday, there are no signs of abating.

Hamas forces continued to fire rockets at Jerusalem and Tel Aviv in retaliation for Israeli police clashes with Palestinians at the al-Aqsa mosque in East Jerusalem.

Mr Netanyahu said Israel has struck a total of close to 1,000 militant targets in the territory.

“Leaders on all sides have to take the responsibility of de-escalation.

“The cost of war in Gaza is devastating and is being paid by ordinary people.

“The UN is working with all sides to restore calm. Stop the violence now.” 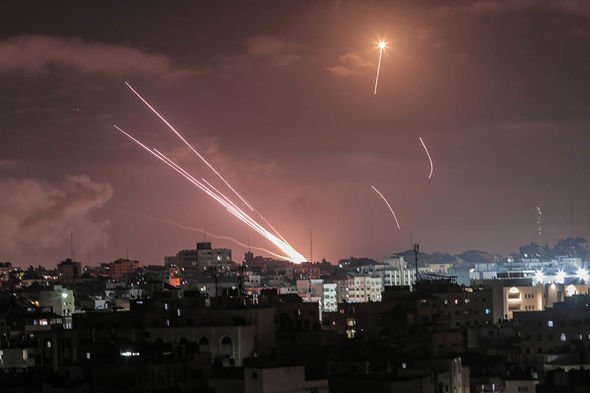 Israel’s president has warned the country is descending into a “senseless civil war” amid a growing wave of street violence.

He said: “We are endangered by rockets that are being launched at our citizens and streets, and we are busying ourselves with a senseless civil war among ourselves.”

The emotional comments came as dramatic images and footage from the scenes in Israel continued to be shared.

International nations and world leaders have spoken out against the violence calling for calm.

Egyptian officials have been speaking with both sides as have officials from the United Nations.

The USA has dispatched a senior diplomat to the region and Russian President Vladimir Putin has added his voice to those calling for both sides to de-escalate.

British Prime Minister Boris Johnson said he is “deeply concerned” by the growing violence and warned both sides to “step back from the brink”.

However, so far there is no sign of peace on the horizon.

Mr Netanyahu has said Hamas and other militant groups will pay a heavy price for firing rocket barrages into Israel – and the operation will continue for as long as necessary to restore quiet.