Iran rejects US accusation of plotting the murder of Vardanjani, an Iranian dissident killed last November in Istanbul. 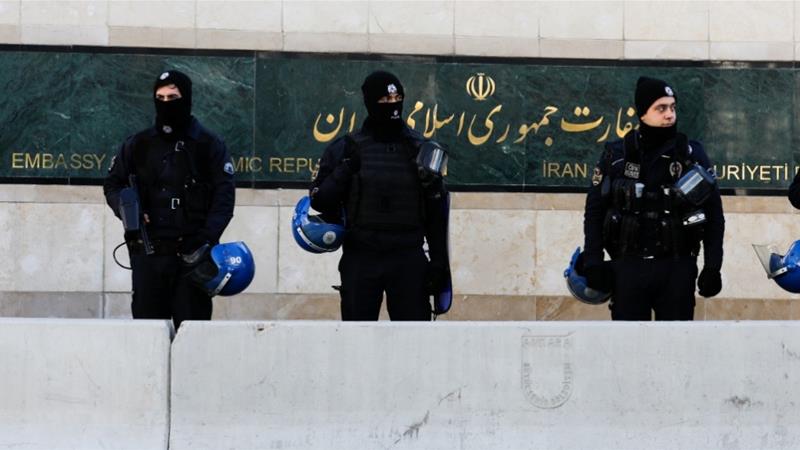 Tehran has hit back at the United States over accusations that Iranian diplomats were behind the killing of an Iranian dissident in the Turkish city of Istanbul in November 2019.

On Wednesday, a senior US official told Reuters that Iran’s Ministry of Intelligence and Security (MOIS) was behind the murder “given Iran’s history of targeted assassinations of Iranian dissidents and the methods used in Turkey”.

US Secretary of State Mike Pompeo added that reports of Iran’s hand in the killing were disturbing but “fully consistent” with their assignment.

On Saturday, Iran hit back at those claims.

The US accusation comes as tensions between the two countries remain high following the US’s withdrawal in 2018 from a landmark nuclear deal signed to curb Iran’s nuclear activities in exchange for sanctions relief.

As part of its “maximum pressure campaign”, the US has further tightened sanctions on Iran despite calls by the Iranian government, the United Nations and China to ease them to allow the country to stem the spread of the coronavirus which has killed more than 3,200 people in the country.