CHENNAI/NEW DELHI (Reuters) – India’s prime minister on Tuesday warned citizens against flouting rules to prevent the spread of the novel coronavirus, as he extended a vast social security scheme until November. 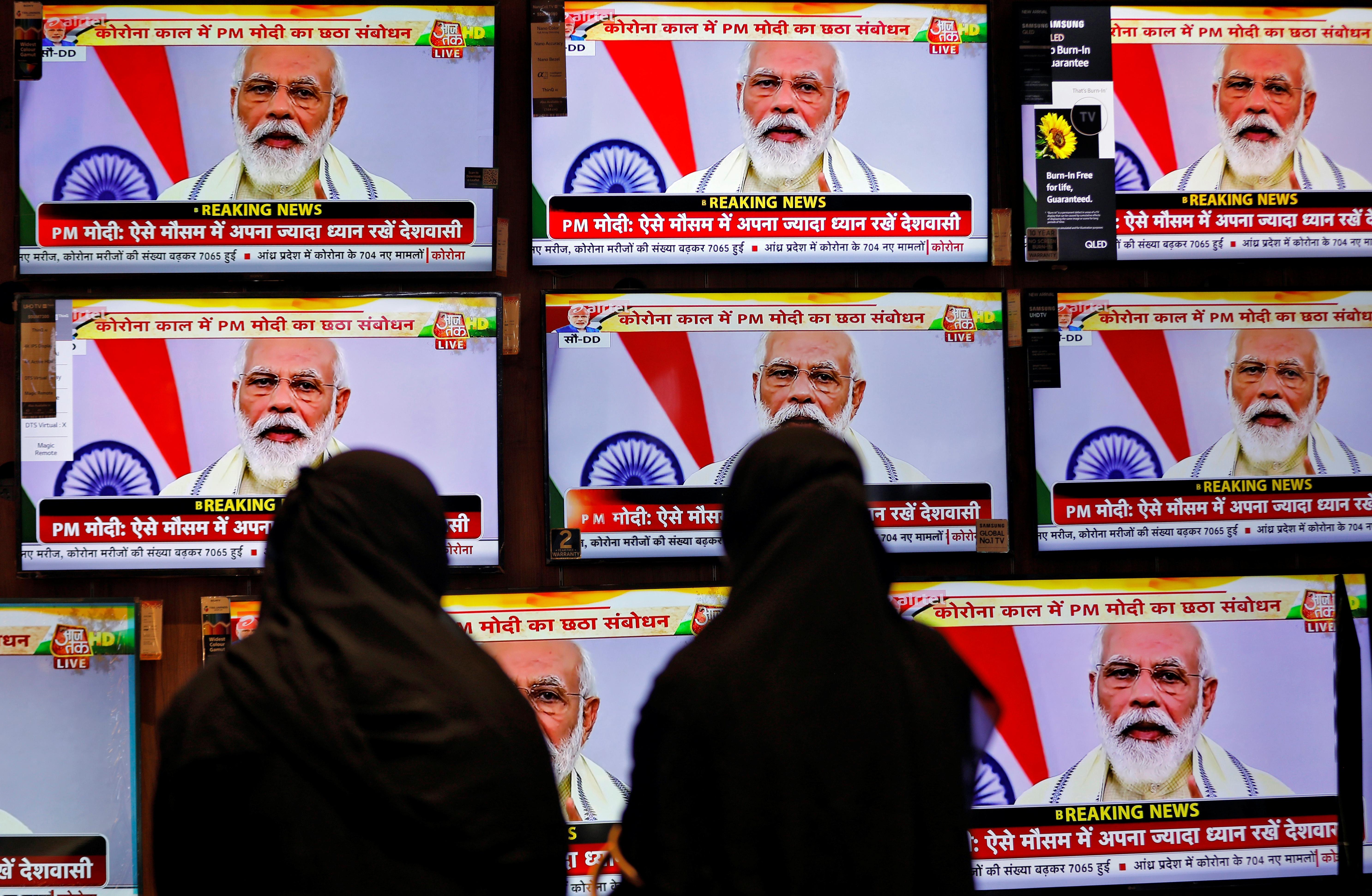 Several Indian cities prepared to extend their lockdowns to combat the spread of the infection on Tuesday, with daily new cases in the country remaining close to 20,000.

“Ever since (easing of restrictions) started in the country, negligence in personal and social behaviour has been increasing,” Prime Minister Narendra Modi said in a televised address, adding citizens were ignoring guidelines on social distancing and hand washing.

Under pressure for leaving the poor to fend for themselves early in a stringent lockdown that began in March, Modi also announced the extension of a scheme providing free food grains to 800 million Indians, at a cost of around $12 billion.

The opposition Congress Party, led by Rahul Gandhi, said the measures were inadequate, calling for direct cash transfers to the poorest in the country.

India reported 18,522 new cases over the previous 24 hours, according to federal health data released on Tuesday, down slightly from Sunday’s record of 19,906.

With more than 550,000 total infections, India lags only the United States, Brazil and Russia in total cases.

More than 16,000 people have died in India – a low figure when compared with countries with similar numbers of cases – though experts fear its hospitals will be unable to cope with a steep rise in infections.

India on Wednesday enters what Modi has called “Unlock 2.0”, with many curbs on movement relaxed, though schools, cinemas, gyms and bars will remain shut. But some states have imposed their own lockdowns in cities with significant outbreaks.

The northeastern state of Assam, where authorities are struggling with the impact of floods that forced more than a million people from their homes, ordered a stringent two-week lockdown in the main city of Guwahati to tackle the coronavirus.

“There have been about 175 positive cases reported on Monday only in Guwahati, which is a matter of serious concern.”

Tamil Nadu state extended a strict lockdown for its capital Chennai by five days. It also announced a closure of meat shops due to what officials said were large crowds gathering there.

“It is a ridiculous move since meat is essential, along with vegetables and medicines,” said Prasanna Kumar, 30, a city IT employee.