The country has said it will instead work to reduce its carbon footprint by 33-35% from its 2005 levels by 2030, honouring the Paris Agreement. With demands for energy expected to grow exponentially over the next two decades, India is under growing pressure to commit to the net-zero target set for the mid-century.

Government sources, who wish not to be identified, have described the the target as a ‘delicate problem.’

One of the sources told Reuters: “We may not be able to commit ourselves to net zero emissions.”

While a second explained: “There have been two schools of thought within government. One being if you go for zero emissions, you will become a sort of global icon.

“The other is a more pragmatic view. Let’s stick to the commitments we have already made, meet our energy needs. Our energy needs are much higher than those of many other countries.”

The United States is expected to announce a 2030 target for reducing emissions at the summit next month, while China has pledged to become carbon neutral by 2060. 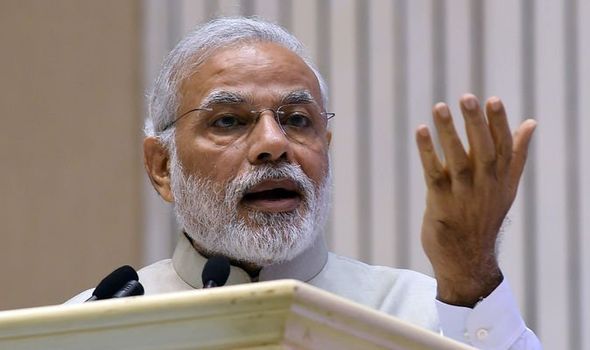 With India’s emissions per capita being an eighth of those of the U.S. and less than a third of China’s, officials continue to debate whether a net-zero target stands in line with the country’s needs for economic development.

Narendra Modi, India’s Prime Minister, has pledged to generate 450 gigawatts of renewable energy by 2030, which amounts to five times the current capacity.

Speaking of the target, one of the government sources said: “That’s a significant transformation of the energy mix.

“So in that sense we are already ahead of the curve.”

Jayant Sinha, an PM from the ruling Bharatiya Janata Party, argues that a legally binding net-zero commitment would draw investments worth billions of dollars.