The park was reopened in June 18 after closing as early as January at the beginning of the pandemic.

However, Disney said in a statement that regional government authorities had ordered its closure once again as part of efforts to stem new outbreaks.

The entertainment company said in a statement: “As required by the government and health authorities in line with prevention efforts taking place across Hong Kong, Hong Kong Disneyland park will temporarily close from 15 July.”

It comes as Hong Kong imposed its toughest-ever measures to combat the COVID-19 pandemic at midnight last night.

According to Al-Jazeera, the measures will include mandatory face masks on public transport and a crackdown on restaurants serving takeaway food after 6pm.

There is also a heavy fine for anyone found not wearing a mask on public transport – 5,000 Hong Kong dollars, equivalent to £513. 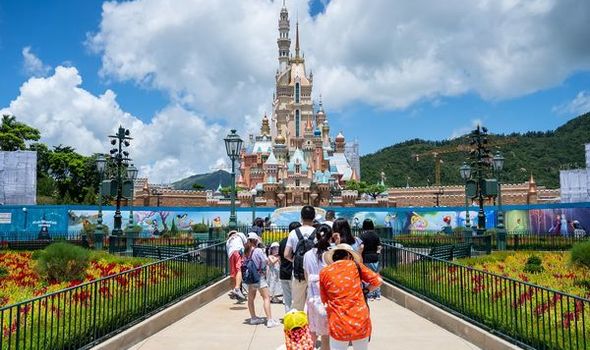 Gyms will have to close, and group gatherings will be limited to four people.

According to Worldometer figures, Hong Kong recorded its highest number of daily new cases – 82 – on March 29.

This figure had reached zero by mid-April, but numbers have steadily risen through July so far, with 48 cases reported on July 14.

READ: Florida records 15,300 coronavirus cases in ONE day in highest-ever total of any US state 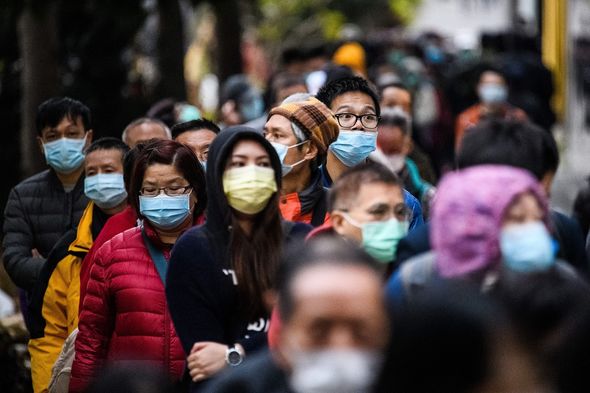 According to the BBC, the Hong Kong Disneyland resort was the second of the Disney company’s parks to reopen amid the COVID-19 pandemic.

The first was Shanghai Disneyland, which reopened in May and is still open, though numbers remain constricted to half the park’s normal capacity.

Most of the other Disneyland parks are now open, including Disneyland Paris, again with reduced capacity.

DON’T MISS:
UK is not prepared for ‘worst-case scenario’ winter spike as fears 120,000 people will die [REPORT]
TikTok ban: China STOPS operations of popular app in Hong Kong after calls to ban platform [INSIGHT]
You MUST wear a mask in shops and supermarkets from next week, says Boris [REPORT] 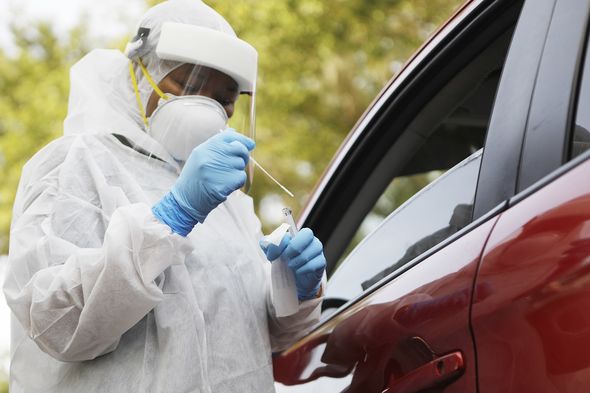 In addition, the park said it is requiring all visitors over the age of eleven – including ‘Cast Members’ and third-party operators – to wear a face covering at all times except when eating.

Walt Disney World in Florida also reopened on July 11 despite the state experiencing a surge in new cases.

Just one day later on July 12, Florida reported a record number of 15,300 new coronavirus cases in a single day, according to New York Times figures. 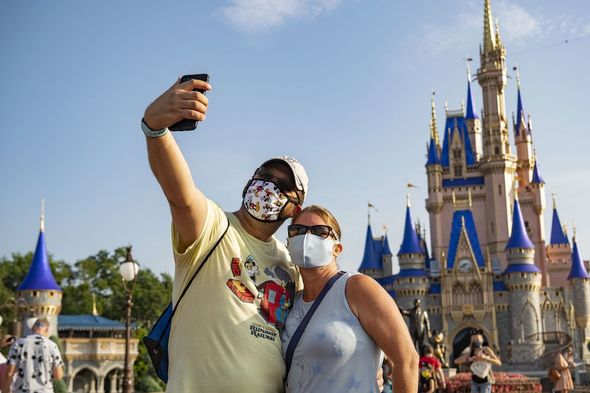 For comparison, the state had recorded 1,902 cases on the same date the previous month.

The BBC reports that Florida’s positive test rate – a measure of how much the virus is spreading in line with increases in testing – is four times the standard for reopening set by the World Health Organisaton, and twice that set by the Centers for Disease Control.

At the end of June, CNN reported that bar owners in Texas and Florida were once again closing their doors due to the wave of cases, leading some to fear for their businesses.