HONG KONG (Reuters) – Hong Kong media tycoon Jimmy Lai has been arrested over suspected collusion with foreign forces under the new national security law, his top aide said on Twitter, in what is the highest-profile arrest yet under the legislation. 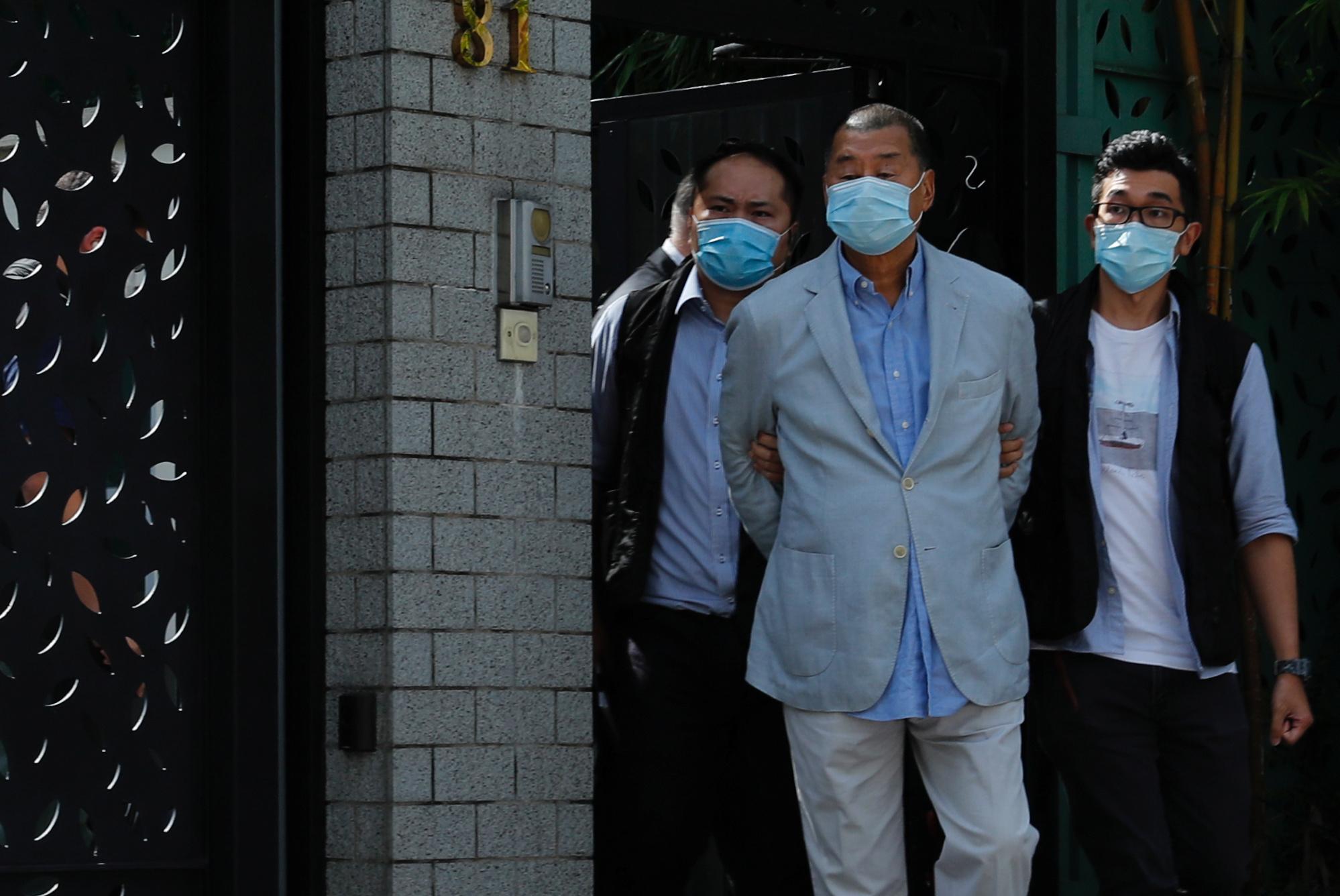 Lai, 71, has been one of the most prominent democracy activists in the Chinese-ruled city and an ardent critic of Beijing, which imposed the sweeping new law on Hong Kong on June 30, drawing condemnation from Western countries.

The new security law punishes anything China considers subversion, secession, terrorism and collusion with foreign forces with up to life in prison.

Critics say it crushes freedoms in the semi-autonomous city, while supporters say it will bring stability after prolonged pro-democracy protests last year.

“Jimmy Lai is being arrested for collusion with foreign powers at this time,” Mark Simon, a senior executive at Lai’s media company Next Digital (0282.HK), which publishes local tabloid Apple Daily, said early on Monday.

Hong Kong police said they had arrested seven people on suspicion of breaching the city’s new national security law, citing offences including collusion with foreign powers. They were all local men, aged 39-72, it said, without naming them.

Police said the operation was ongoing and further arrests were possible.

Apple Daily reported that Lai was taken away from his home in Ho Man Tin early on Monday. The paper says one of Lai’s sons, Ian, was also arrested at his home.

An Apple Daily source said other senior executives in the company were among those targeted. Police were searching their homes, the source said.

“We are arranging lawyers and so on to defend ourselves. We see this as straight harassment,” the source said.

Around 10 other people were expected to be arrested on Monday, local newspaper South China Morning Post reported, without naming its sources.

Next Digital shares plunged as much as 11% early on Monday.

The law has steered China further on a collision course with the West, prompting countries including Australia, Canada and Britain to suspend extradition treaties with Hong Kong.

On major cases in Hong Kong, the central government in Beijing can claim jurisdiction. The legislation allows agents to take suspects across the border for trials in Communist Party-controlled courts, one issue that has raised alarm at home and overseas.

Lai was also arrested this year on illegal assembly charges, along with other leading activists, relating to protests last year.

In an interview with Reuters in May, Lai pledged to stay in Hong Kong and continue to fight for democracy even though he expected to be one of the targets of the new legislation.

Before Monday, 15 people had been arrested under the law, including four aged 16-21 late last month over posts on social media.

The new legislation has sent a chill through Hong Kong, affecting many aspects of life. Activists have disbanded their organisations, while some have fled the city altogether.

Slogans have been declared illegal, certain songs and activities such as forming human chains have been banned in schools, and books have been taken off shelves in public libraries. 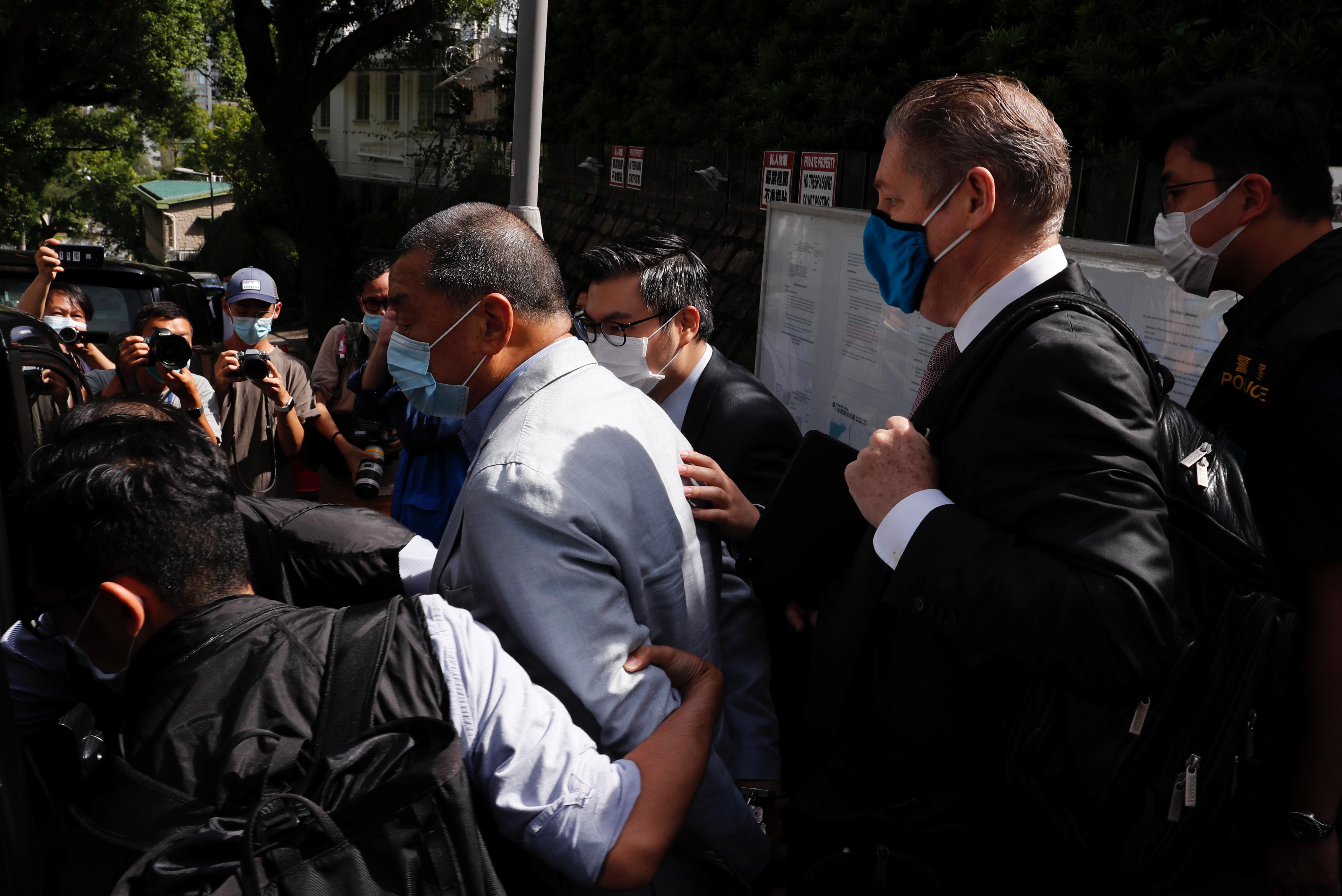 The United States on Friday imposed sanctions on Hong Kong Chief Executive Carrie Lam, the territory’s current and former police chiefs and eight other top officials for what Washington says is their role in curtailing political freedoms in the territory.

Beijing and the Hong Kong government have said the law will not affect rights and freedoms, and that it is needed to plug security loopholes. They said it will only target a small minority of “troublemakers.”