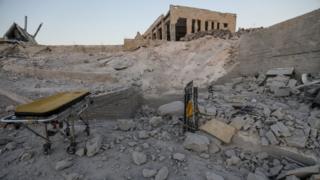 A UN panel says it is “highly probable” that government forces were behind attacks last year on four civilian facilities in northwestern Syria.

A school, a healthcare centre, a hospital and a childcare facility in opposition-held areas were hit in air strikes. Yet three were on a list of protected sites.

The UN board of inquiry found it “plausible” the government also attacked another healthcare centre.

The government has not yet commented.

The UN board also said it was “probable” that opposition forces were behind a sixth attack, on a Palestinian refugee camp.

The Syrian government has previously said the facilities targeted had been taken over by what it considered terrorist groups.

Last September, UN Secretary General António Guterres convened a three-member board of inquiry to investigate incidents in which civilian facilities on a UN “deconfliction list”, or those supported by the organisation, were destroyed or damaged as a result of military operations in and around the opposition stronghold of Idlib province.

A “de-escalation zone” was established there in 2017 by Russia, which supports President Bashar al-Assad, and Turkey, which backs the opposition.

A summary of the report by the board of inquiry said it was “highly probable” the Syrian government or its allies carried out the air strikes on the following facilities, although it noted that the evidence was not sufficient to reach a conclusive finding:

The board said it was “plausible” that damage to the Kafr Nabutha Primary Health Care Centre and Surgical Unit in Kafr Nabutha, Hama province, on 7 May 2019 was attributable to the Syrian government and its allies. 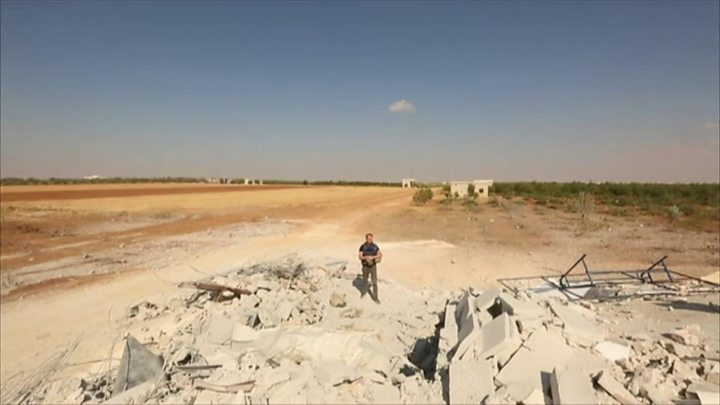 It also found that it was “probable” that armed opposition groups or the jihadist alliance Hayat Tahrir al-Sham fired projectiles at Nayrab Palestine Refugee Camp in Aleppo province on 14 May 2019. The attack killed 11 people, including five children.

In a letter to the UN Security Council, Mr Guterres said he was considering the report, “with some of the complex issues raised including the question of which parties to the conflict should be given information intended to support deconfliction”.