BBC Weather: UK to be hit by snow as temperatures drop

Northwestern parts of England such as the Lake District and Appleby-in-Westmorland may see 6 inches (17cm) on Saturday, February 6.

Luton and London may also see a sprinkle of snow during the first weekend of February.

Temperatures could also plummet as low as -12C on Sunday 7 in central parts of Scotland.

Many parts of England could be hit with freezing lows from next week too, with northwestern regions including Carlisle and Cumbria seeing -5C on Sunday, February 6. 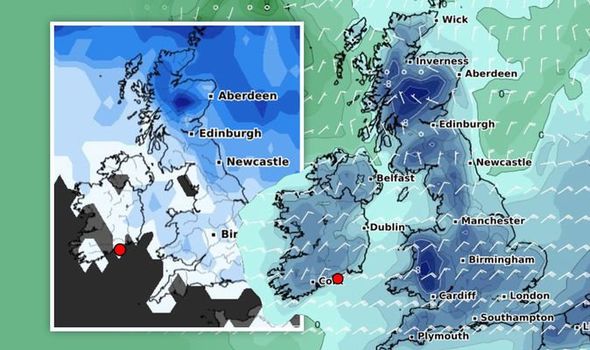 Claire Kennedy-Edwards, senior meteorologist at The Weather Company, warned of a split in the polar vortex at the start of next month potentially bringing cold air to the UK.

She told Express.co.uk: “Our latest forecast for February indicates it will be an increasingly cold month – colder than average across the UK. 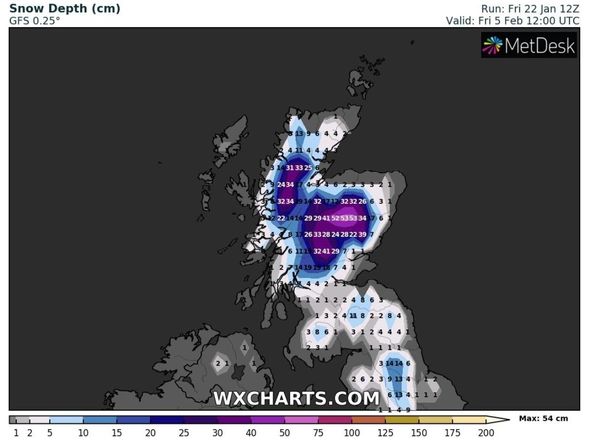 “The weak vortex and wind reversal high in the stratosphere forces the jet stream further south and this allows colder air from the Arctic to move south to mid-latitudes.

“Another disruption or split in the vortex is possible at the end of January and early February.

“These disruptions to the vortex usually lead to -North Atlantic Oscillation (-NAO) conditions which we are currently experiencing now. 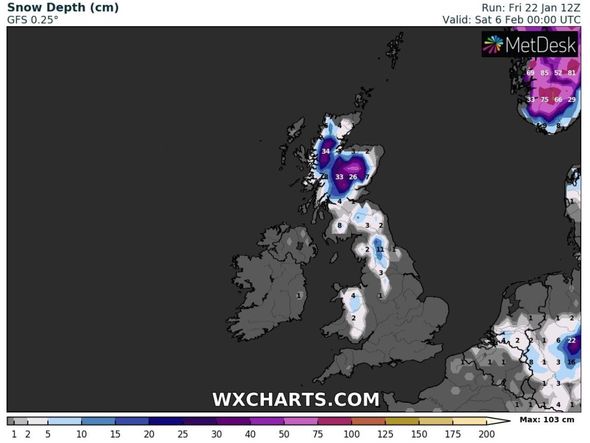 “These -NAO conditions mean colder drier spells and more likely across parts of northern and northeastern Europe, wetter and milder over southern Europe.”

She added colder conditions will develop as next month progresses, bringing a greater risk of snow.

Ms Kennedy-Edwards said: “We are expecting February to start mixed and relatively mild especially over southern regions of the UK but remaining colder than normal in the north.

“Our latest forecast signals colder conditions moving across the UK from the north and east of Europe as February progresses. 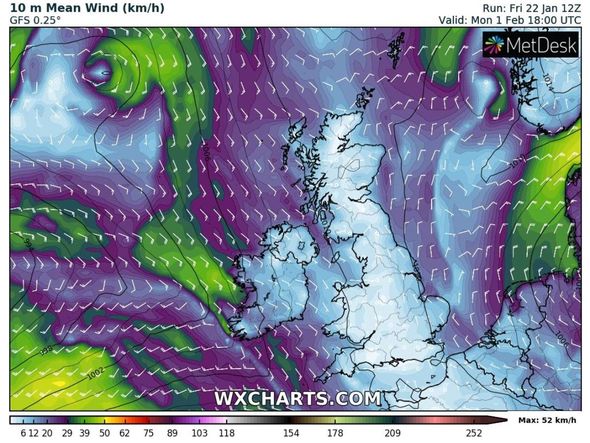 “With -NAO conditions expected to continue into February our forecast for the month ‘as a whole’ is colder and drier than normal.

“The greater risk of any snow events coming in mid to late February but confidence is low in this at present and much depends on events in the stratosphere at the end of January.

“A defined split in the SPV end of January could bring a much colder end to winter for the UK.”

The Met Office’s long-range forecast between Wednesday, January 27 and Friday, February 5, warned of wintry outbreaks at the start of February. 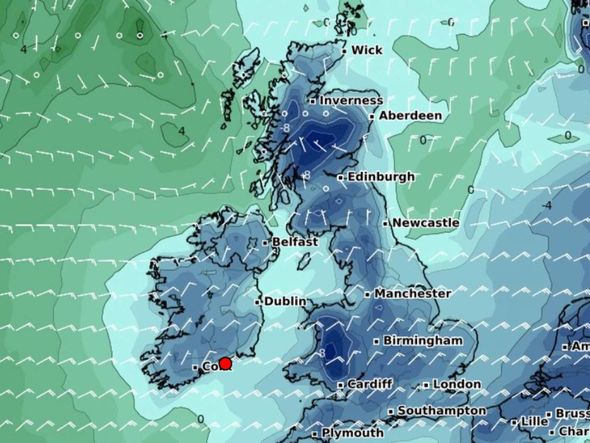 The forecast said: “Unsettled conditions look likely to dominate for this period, with low pressure across the UK.

“This should bring changeable weather to most of the country, with periods of rain, showers, and strong winds at times.

“While westerly and southwesterly winds are expected to be dominant for most of the period, occasional northerly winds are possible, bringing a chance of snowfall, likely confined to the far north.

“Milder conditions, in general, may start to spread across most of the UK at points during most of this period. Towards the end of the period, we may see high pressure bringing a higher than average chance of cold weather with wintry outbreaks.” 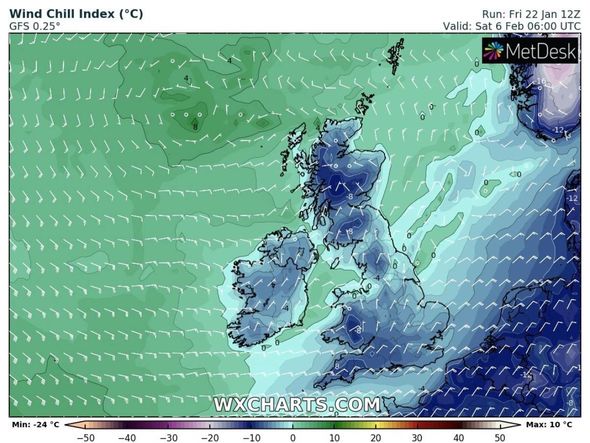 The BBC Weather forecast added prolonged cold weather is likely during the middle of the month.

The forecast said: “The temperature is likely to still be very changeable, shifting from a few degrees above average in the mild spells to several degrees below average in the cold snaps with some sharp frosts likely.

“Again, as with late January, some wintry weather is possible as fronts move in over the top of the colder air.

“There are some signals that by mid-February it may tend to be milder most of the time. 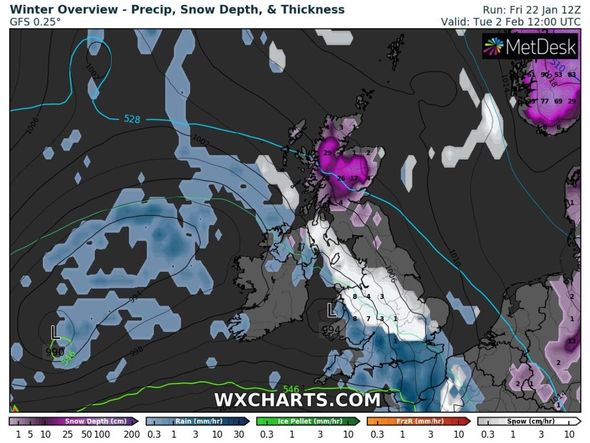 “This will ease the risk for wintry weather (at least for everywhere but the Scottish Highlands!).

“However, there remains a significant risk that more prolonged cold could develop into mid-February, which would be caused by stronger high pressure to the north.

“Confidence is therefore very low at this range as computer model forecast skill has been very poor in recent days.

“There is a high risk for more prolonged cold to develop into mid-February, which would be caused by stronger high pressure to the north.”