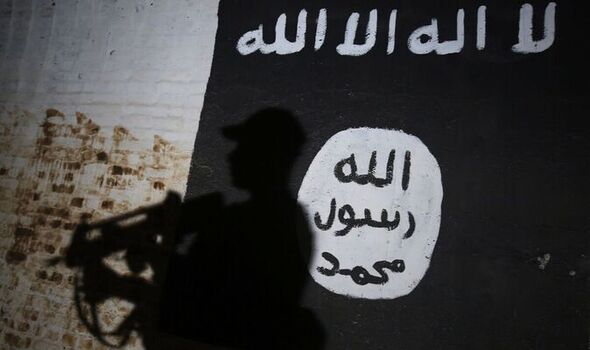 A source revealed the casualties following a new Ministry of Defence report into deaths and injuries during Operation Shader, the fight against the terror group, also known as ISIS or Daesh. Around 2,000 soldiers, sailors and aviators have been deployed since 2014 in Britain’s £1.75billion bid to defeat IS in Iraq and Syria.

Most were sent to Iraq, with the British Army providing ground support and training of allied soldiers, and the Royal Navy and RAF providing a mix of humanitarian relief and as many as 1,700 airstrikes on IS positions.

Although never publicly acknowledged, the UK also deployed several squadrons from the SAS, SBS and Special Forces Support Groups into Syria, where they were tasked with working alongside US counterparts to deter jihadists from entering Iraq.

The RAF carried out 230 airstrikes against IS in Syria, most requiring ground intelligence and targeting.

Special Forces deployment has increased in the past decade to bypass a convention which now dictates conventional military deployment be put to parliament for a vote. And David Cameron’s parliamentary defeat after proposing UK forces should be deployed in Syria against Bashar Assad’s forces in 2013 made it hard to put boots on the ground to tackle IS five years later.

Around 650 Special Forces troops have taken part in Operation Shader.

All but 75, based in Iraq, crossed the border into Syria to find themselves hemmed in between Russian pro-Assad forces and IS jihadis.

The MoD report shows that six soldiers have lost their lives and 338 have been injured so far during Shader.

These include personnel in the small UK detachment in Iraq – leaving the larger number of casualties from Syria operations.

Until now, the MoD has only revealed three soldiers have died and few casualties have been confirmed in the conflict.

In 2017, LCPL Scott Heatherington died at

Camp Taji in Iraq. In 2018, in Syria, former paratrooper Sgt Matt Tonroe died, believed to be serving with special forces, and, in 2020, L/Cpl Brodie Gillon died in Iraq.

A senior Army source said: “There has been significant Special Forces casualties in Syria, around 150, so far.

“Despite the Caliphate’s defeat in 2019, the highly sensitive operation is ongoing.

“It has become a forgotten war.”