France has called on Arab nations to end “baseless” calls for a boycott of its goods – after French President Emmanuel Macron’s defence of the right to show cartoons of the Prophet Muhammad.

The French foreign ministry also urged authorities in the countries to speak out against such protests in order to help French companies and ensure the safety of its citizens.

French products have been covered or removed from some shops in Kuwait, Qatar and Jordan, while In Saudi Arabia, the Arab world’s largest economy, a hashtag calling for the boycott of French supermarket retailer Carrefour has been trending on social media. 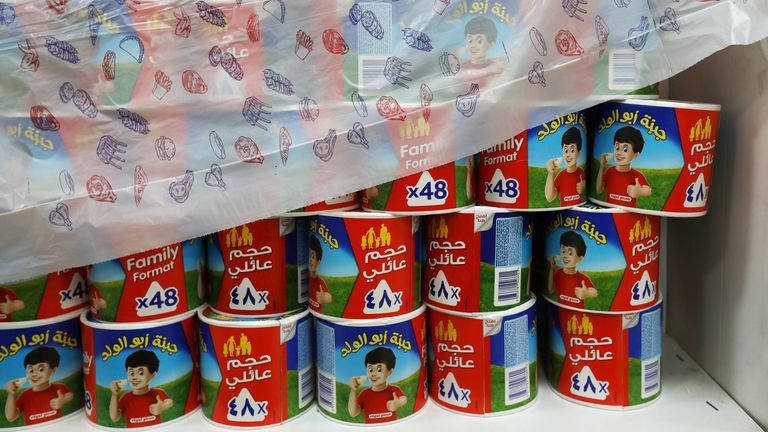 France’s foreign ministry said: “These calls for boycotts are baseless and should stop immediately, as well as all attacks against our country, which are being pushed by a radical minority.”

The boycotts follow comments made by Mr Macron after the murder of a French teacher earlier this month.

Samuel Paty had shown caricatures of the Prophet Muhammad during a class on freedom of expression at his secondary school in Conflans-Sainte-Honorine, northwest of Paris. His killing is being investigated as an Islamist terror attack.

Mr Macron said France would not renounce its freedoms, and said Mr Paty “was killed because Islamists want our future” and described the history teacher as a “hero”.

Muslims see any depiction of the prophet as blasphemous, but Mr Macron has defended the teacher’s actions as freedom of expression.

Earlier this month he described Islam as a religion “in crisis” worldwide and pledged a crackdown on extremism.

Mr Macron tweeted on Sunday: “We will not give in, ever.”

He did not directly address the boycott calls.

There have also been protests in Istanbul, Turkey, and calls for demonstrations in other countries.

The president of Turkey took a second insulting swipe at Mr Macron on Sunday for his stance. 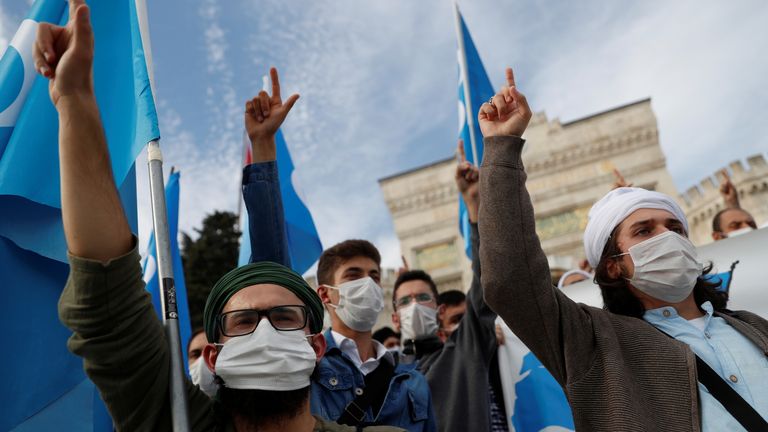 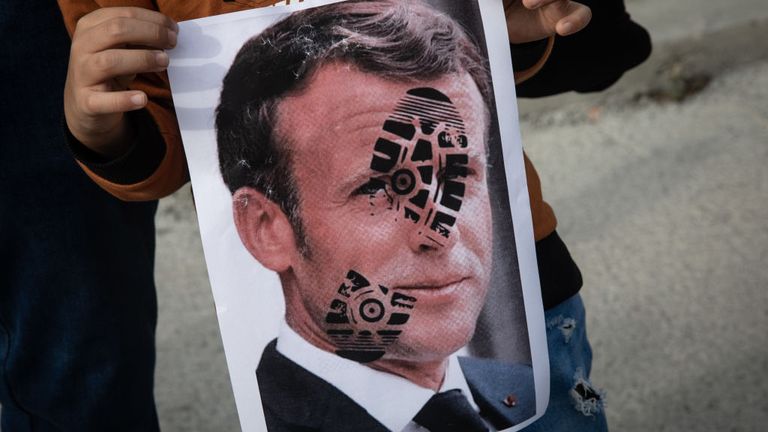 France had already recalled its ambassador to Turkey on Saturday after Mr Erdogan said Mr Macron needed “mental health treatment” over his attitude towards Muslims.

French authorities have also denounced Turkish “propaganda” against France which they have said is aimed at fanning hate at home and abroad.

Pakistan and a bloc of other Muslim nations have also criticised Mr Macron’s stance.

The 57-nation Organisation of Islamic Cooperation, headquartered in Saudi Arabia, has condemned the “ongoing practice of running satirical caricatures depicting the Prophet Muhammad” and said it “will continue to decry justification for blasphemy of any religion in the name of freedom of expression”.

The beheading of Mr Paty carried echoes of the Islamist attack on the offices of the satirical magazine Charlie Hebdo in 2015.

The publication had shown images of the Prophet Muhammad.