Donald Trump says he is ‘looking at’ a 2024 presidential run

The former MEP and the ex-US President met at Mr Trump’s Mar-a-Lago club in Florida for a quick catch up. During the half-an-hour long conversation, Mr Trump addressed the long-standing speculation he intends to run in the 2024 presidential election.

Mr Farage told The Telegraph the former President “has got a massive decision to make” and is “thinking very, very hard.”

According to the news outlet, Mr Farage told Mr Trump: “You’re the only guy that can do it. No one has your charisma.”

Regarding Mr Trump’s response to his praise, Mr Farage added: “He listened. He’s in a listening frame of mind.”

The Brexiteer is set to travel across nearly a dozen US states over the next six weeks. 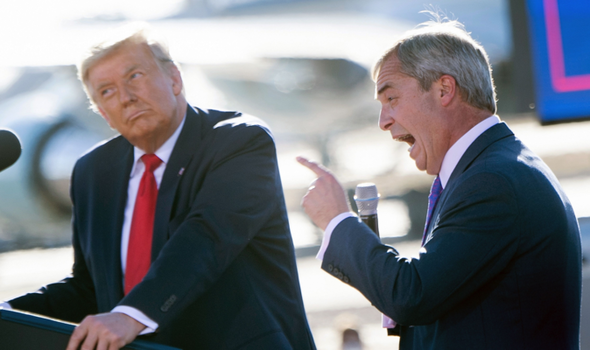 The trip is part of a tour that was set up by FreedomWorks, a Conservative grassroots organisation which advocates for smaller government, lower taxes and free markets.

The ex-UKIP and Brexit party leader addressed his ‘America’s Comeback Tour’ in a statement on Twitter.

He said: “When Brexit looked lost in Britain, we showed that the grassroots can fight back to win victory.

“That is my message to Conservative activists in America on this trip.” 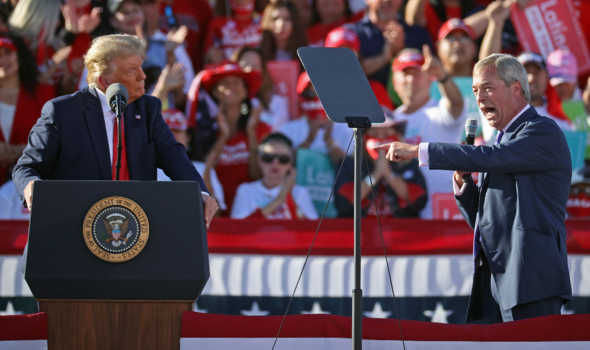 In a video message he told American voters: “Don’t get down, don’t get depressed, don’t get disillusioned.

“However bad Biden and the Democrats are in some ways this is your opportunity.”

FreedomWorks had closely sided with Mr Trump in both his 2016 and 2020 presidential campaigns.

Mr Farage has been a fervent supporter of Mr Trump during his election campaign, having appeared on stage alongside him during his rallies.